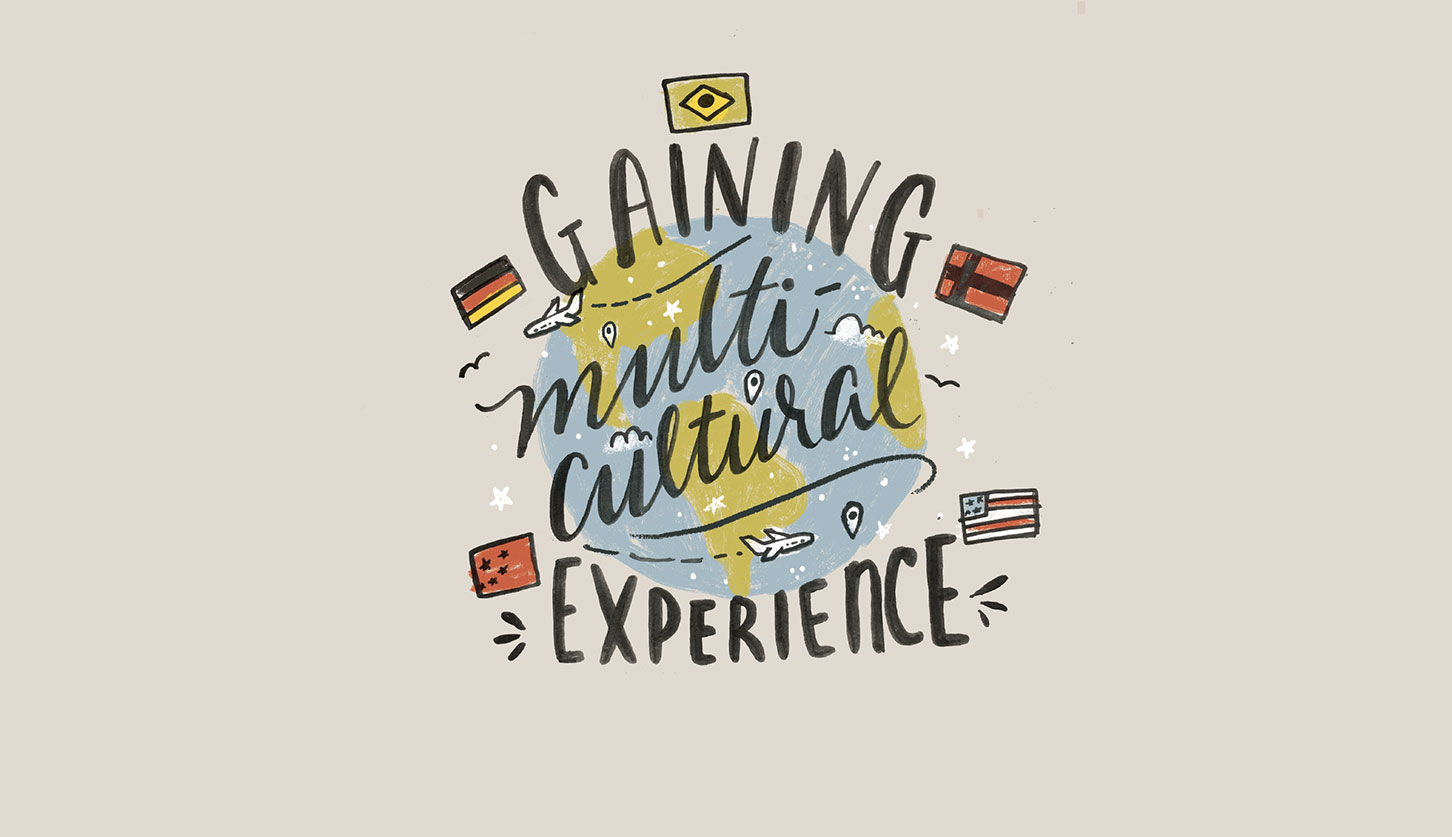 Every place on Earth is a unique experience. The community in the Rio Grande Valley is a melding of norms and traditions of three distinct cultures: Mexican, Mexican-American, and Anglo-American. While each group has their own characteristics, their fusion becomes our border culture and everyone benefits from the immersion experience of them all.

Not everybody is fortunate enough to live in a culturally diverse location. Many areas are monocultural and those seeking to enrich their lives by experiencing a different culture must look outside of their community. Utilizing a foreign exchange program is one way young people can experience a culture outside of their own by spending an entire school year living with a host family and going to local schools, totally immersed in the local culture.

Mie Jungclaus is a high school student from Denmark who is staying with a family in Mission.  “When I was first told I was chosen to go to Texas, I decided ‘Okay, I’m up for it’, but I didn’t know where Mission was,” she said. She was happier when she found out it was as close to Mexico as possible. (She has really come to love the tacos in the Rio Grande Valley.) “I was trying not to have any expectations at all because that would have disappointed me. But I am not disappointed in any way,” she said. She is staying open-minded throughout the cultural exchange experience. “I just take it as it is and go with the flow.” 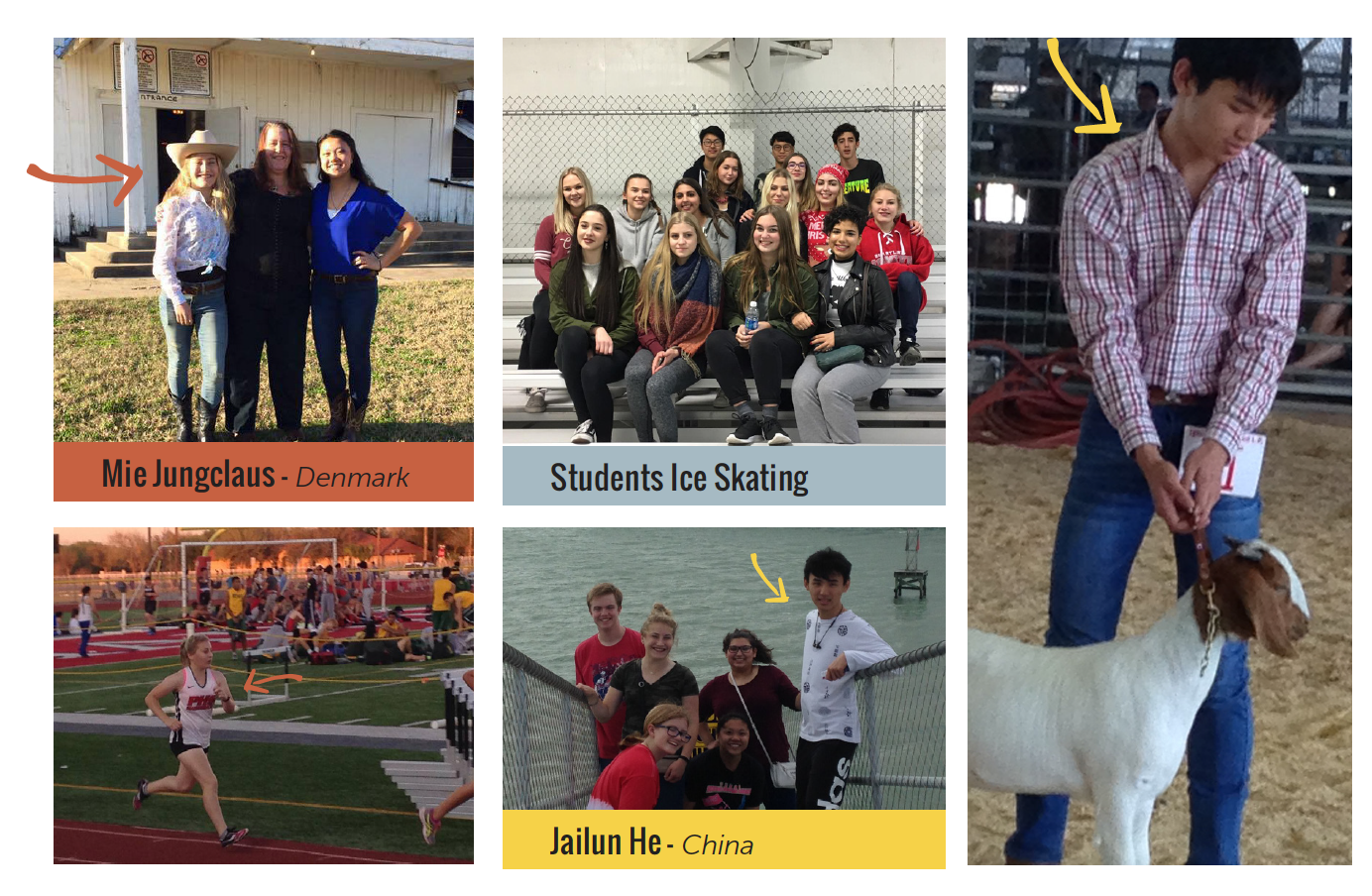 Cidy Sandovol is a community coordinator for  the Council for Educational Travel, USA (CETUSA) who finds host families here in the Rio Grande Valley for high school students from all over the world. She is very passionate about helping to facilitate this exchange that benefits all the participants involved — from the students to the host families. She says that this year, CETUSA has approximately 20 students placed in the Rio Grande Valley.

Jailun He, a 10th-grader from China, decided to become an exchange student in the United States because he eventually wants to go to MIT. He said that he likes his host family and the school he is attending, although it is different. “In China, each class has their own schedule and they don’t move [between classrooms]. The teachers move every period,” he said.
Jungclaus described something similar for the schools in Denmark, but also pointed out that her home school was a lot smaller and the class periods were shorter. Jungclaus has also noted a difference in teaching styles, saying that students here are more self-taught. This leaves her feeling like she isn’t learning as much as she could be. “If you don’t know how to do it, how are going to learn it? At home I feel like the teachers are different in their teaching,” she said. “They go more into detail.” 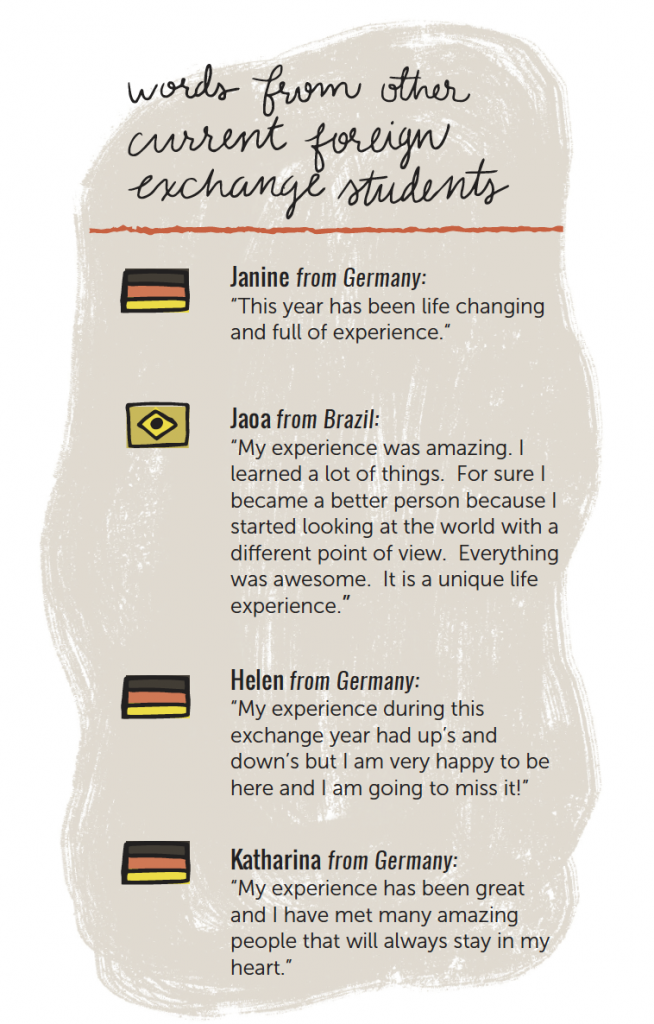 Extracurricular activities are also a big thing in American high schools and Jungclaus and Jailun have both gotten involved: Jungclaus has joined the track team and Jailun participates in UIL. He is getting the full Texas experience — Jailun recently showed a goat at the Livestock show in Mercedes.

It isn’t easy for these students to leave their homes for an entire school year. In addition to her family, Jungclaus says she misses the walkability of her community. She was able to walk or bike everywhere and didn’t need a car. Another big cultural difference can be food. Jungclaus felt sick after eating fast food and Jailun says that the Chinese food here is not really “Chinese food like in China.”

But new experiences they are having help keep them from dwelling on their separation. Jailun believes it is important to learn about other cultures. (He says that steak and mashed potatoes are his favorite food from this area.)

“The people that have more experiences have the best life,” he said. When you start living the daily life of a culture different than your own, it changes something in you, and you become someone new. Like Jungclaus says, “It helps people understand why people do what they do sometimes.”