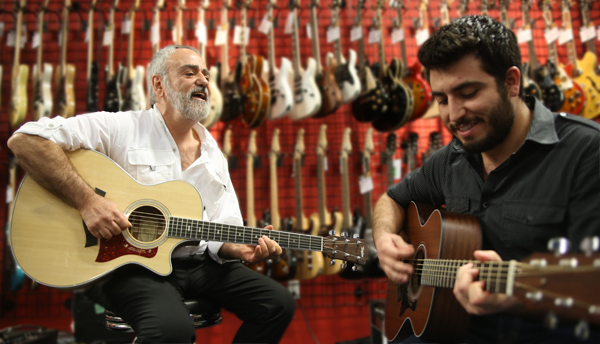 Expanding from a simple store in McAllen, the business has turned into one of the largest and most respected distribution companies for audio, lighting, and musical instruments in the world.  With over 400 employees in the U.S. and Mexico, Kreimerman says Hermes Music has accomplished things that few companies have done, which is start from the bottom and reach a paramount place in the music industry.

Currently, Hermes Music has five retail stores in Texas, a distribution company in Mexico with a large dealer network, a non-profit foundation in the US and Mexico, and a TV show called Porque Amamos La Música (Because We Love Music) aired in the U.S., Mexico, and 13 Latin American countries.

“Some businessmen say music is their hobby, but I am a musician and my hobby is to be a businessman.” –Kreimerman

He continues, “I continue to think like a musician because I am one, in this way I can understand musicians and their needs.  I think the key to success is love.  People don’t understand when I say love.  Love is when you do things with passion.  It’s not just a thing between a man and a woman; it’s in everything you do.  It’s caring about people.  This is the most important thing in life.”

Born in Argentina, Kreimerman began to play guitar when he was six, and eventually started a successful rock and roll group under the stage name Bingo Reyna.  Finding success for years as a traveling musician and recording artist in Mexico, the chance to open his business began in the late seventies when he visited McAllen and saw an opportunity to give musicians what they weren’t receiving at the time, low prices, quality products and great customer service.

“My work all the time was music, but after so many years in the industry on one side, I went to the other side and began to supply to musicians.  I understand what people expect,” Kreimerman said.  “It’s a big advantage over those businessmen who believe they understand; but they don’t really understand the necessity of a musician.  I don’t believe it’s fair that a normal working musician maybe makes $150 a night, not in all cases, but in many of them, and then music retailers want to sell them a $500 guitar and make a large profit on it.”

“There is just no way we can do that. We have low margins because we care about musicians, which is the reason our numbers are big, and we’re doing great.”

Kreimerman opened Hermes Music as a retail store the U.S. in 1982 and later expanded into Mexico as a distribution company.  His goal was always to serve music makers with quality products and service, and in the background he set aside some of his profit to serve underprivileged children in the U.S. and Mexico.  The extent of his devotion to these children was not made clear until he established the Hermes Music Foundation in 2006, and he outlined the many projects he and the foundation were involved with over the years without recognition of any kind.  He continues to run Hermes, which today is the largest musical instrument wholesaler in Mexico.

For over 25 years, with its own resources, Hermes Music has given over $2 million in toys and bikes, thousands of guitars and musical instruments, music school grants, and basic life necessities such as food, clothing, and medical resources, not only in the U.S., but also in Mexico. In its effort to make this“project of love” grow and reach more people, the Hermes Music Foundation was created.

“The end result is music. It’s not selling instruments. We do this because we love music.”