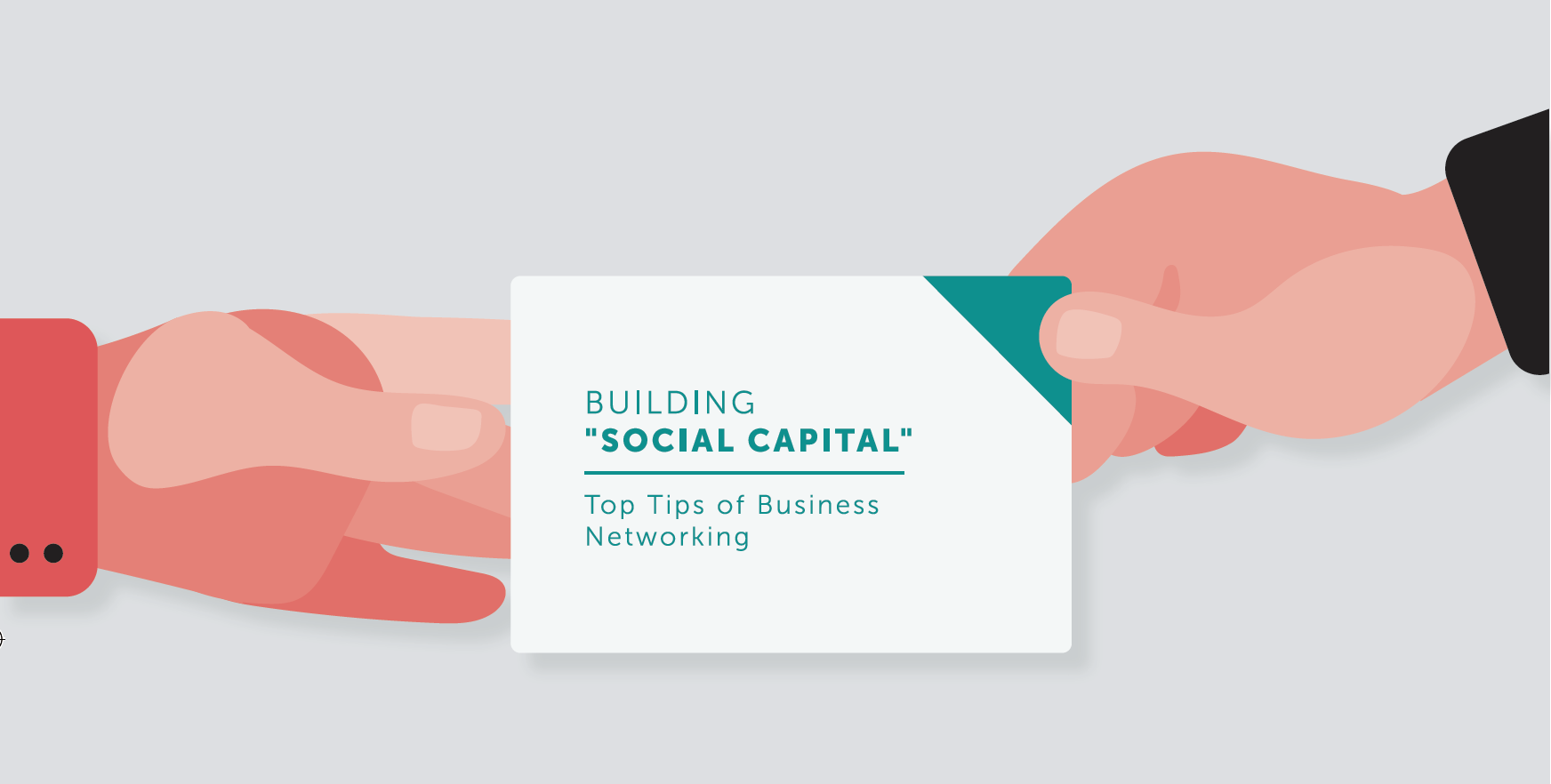 Business networking should be at the heart of every business owner. When an employer grows his or her network, countless opportunities arise to potentially earn more financial capital. However, even though financial capital is what the company thrives on, maintaining that capital is largely dependent on the connections you make. It is profoundly important to establish long-lasting business partners and collaborations, and to be trusted by other business owners in the community. All of these practices include networking and getting to know other entrepreneurs. This equates small business success and what is called “social capital,” according to Michael Wilson, chief operating officer of CM Institute of Leadership in McAllen.

CM Institute of Leadership strives to boost employees to a higher level of performance through corporate training and leadership development. Wilson has identified the top networking tips according to his research and participation in many social networking mixers organized by his company, called The Entrepreneur Power Network.

The focus of these networking events are for each business to collaborate and think of ways they can work together, including ways one company can promote others within the group. For example, a printing company could work together with another company that does web design. It’s a win-win situation for both businesses involved since the printing company requires a web presence and the web design firm gains another client.

“If someone says networking doesn’t work, they’re not doing it right,” Wilson said. “When you’re doing networking, you want to know who’s out there.”

According to Wilson, a common mistake at the networking events are attendees who only talk to their friends while there, or who are too self-conscious to introduce themselves to someone new. Wilson described a time he helped a shy realtor introduce herself to a table of fellow entrepreneurs only to be pleasantly surprised that they were completely open to getting to know her — but were also in the same predicament.

“Now I see that same realtor at other networking events and she has no problem talking to people,” Wilson said. “It’s a pleasure to see her heeding advice learned at my events.”

In his experience with business leadership, Wilson has also noticed a problem commonly found in the Valley referred to as the “scarcity mentality.” The paradigm addresses people who have a difficult time sharing recognition, credit, power, or profit with others, including those who helped them reach success. The term was coined by Stephen R. Covey in his book “The 7 Habits of Highly Effective People,” which highlights mutually beneficial results and growth opportunities that occur when businesses can appreciate each other’s uniqueness.

“People think, ‘you’re going to steal my clients,’ but you shouldn’t have that mentality. You should be open,” Wilson said. “I actually introduced people who were competitors and they came together and realized they served a totally different clientele. Now they actually refer people to each other and are making more commissions between each one.”

So what does successful social networking encompass?

According the CM Institute of Leadership, the key element to social networking is adopting a mindset that is open and willing to make long-lasting connections.

In addition, it’s also important to have goals before you attend a networking event. An example of intentional goals look something like this:

– I’m not going to sell my business

So why is receiving a business card such an integral part of the process, and why does it warrant being on the list of goals?

In his research on social relationships, anthropologist Robin Dunbar states every person on average in the the United States carries on a relationship with 150 people. So when exchanging business cards with someone else, it is a gateway to 150 more people. You’re not just accessing that one person. However, to get through that gateway, you have to build trust. When someone initially meets another person, they are not going to trust you with their contacts right away. “It’s like saying ‘give me your car keys,’” Wilson said.

So how does one entrepreneur gain the trust of another fellow business owner?

According to Ivan Misner, founder of Business Networking International, there is a three-step process to gaining trust called the VCP process:

V=Visual: First I meet you, I might even get your business card, but I vaguely remember you. Next time I see you, I might say, “Oh you’re the one that owns that business.”

C=Credibility: Now we go and sit down together. We’re having conversation. You might even utilize my services at this point. But we’re beginning our business relationship venture.

P=Profitability: You trust me now. You look to me as an expert and you trust me enough to start referring people to me. You say to yourself, “this person really knows how to do ‘X.’” This is last part of the trust process that all should desire to achieve and actively work to maintain.

When trying to build long-lasting business relationships, you have to ask yourself over time, where am I in the process? Then you have to maintain their trust. It doesn’t end once you’ve attained the “P.”

“If you really want to freak people out, say ‘My name is Mike Wilson, I do this, how can I help you?’ It intrigues people to wonder, ‘What? You want to help me?’ It’s a shocking question because they’re used to people soliciting to them,” Wilson said.

According to Wilson, reciprocity — sometimes called the “Golden Rule” — is the prime mindset one needs to have to build relationships. 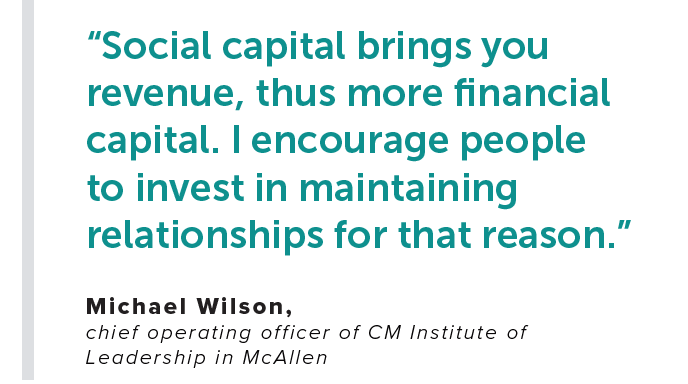 “Businesses, they focus on capital. And capital is important because you can’t run a business without capital. But you need to invest in ‘social capital,’ too,” Wilson said. “Social capital brings you revenue, thus more financial capital. I encourage people to invest in maintaining relationships for that reason.”

Wilson says it his mission to not only meet new people, but to bring value to their life in some way. By training people on how to network, or to value their positions as leaders, they can ignite prosperous relationships with the people in their circle. He invites business owners to build quality relationships that can lead to fruitful collaboration.

For more information on how you can attend a social networking event coordinated by the CM Institute of Leadership or to contact the company about other leadership development opportunities, visit the website at www.cminstituteleadership.com or call (956) 215-7615.