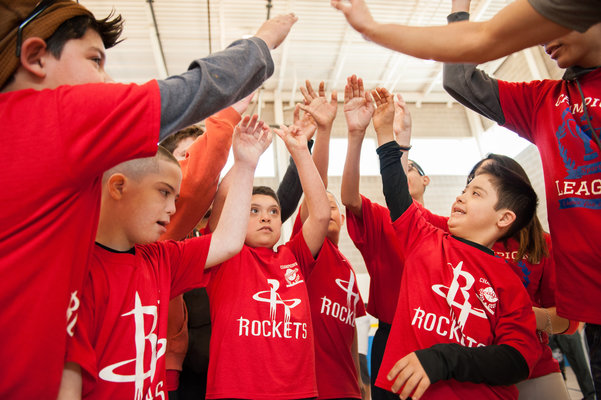 All loving parents have many hopes in their heart for their children: that nothing bad will ever befall them, that all people they encounter will love them as they are loved at home, and that the world will welcome them with open arms to engage with all its wonders. To the families of children with disabilities in South Texas, it can feel at times like the needs of their children are glossed over and forgotten about by the rest of the public. Typical activities such as shopping or enjoying outings to parks or movie theaters can all be daunting tasks for these children and their families as the Rio Grande Valley has a deficit regarding disability-friendly mechanisms, public places, and events. One nonprofit organization, Capable Kids, believes that much of the issue lies in a lack of information as opposed to apathy, and has taken it upon themselves to return some of the joy of childhood to a community in need of accessible entertainment.

Started in June of 2015, the Capable Kids Foundation believes this can be remedied through the events, teams, and groups they are planning for the upcoming year.  President of the foundation Melanie Watson explains Capable Kids is dedicated to helping children with disabilities participate in activities and events in an environment suitable to their needs, something they don’t get to experience often. “Coming to therapy is basically their fun time,” says Watson. “We want these kids to have the opportunity to be a part of community leagues, go to holiday parties… We want to give them something to do besides school, therapy, and being at home.”

Vice President Desiree French explains that families have a very difficult time getting their children out into communities for a variety of reasons from over-stimulation to difficulty navigating their adaptive equipment. She gives the example of grocery shopping. Most stores have carts for young children that feature a strap; however, some children’s physical growth outpaces their need for such devices, creating a difficult situation for parents now having to maneuver their children’s chair or other equipment in addition to the shopping cart and anything else they may have in their hands. Capable Kids wants to bring awareness to this issue so that local stores can implement a Caroline’s Cart (a shopping cart designed with a front seat large enough for an adult) or other devices to accommodate for these families. This is one of many plans they have and according to French, the families of these children are very supportive and excited for the future. “We are just trying to eliminate those barriers as much as possible for them so it becomes an enjoyable experience for the children and for the families as well,” says French.

The community has responded positively to the events and change proposals implemented by the program, with turnouts to their events surprising the coordinators. “We planned to start slowly but actually took off a lot quicker than expected,” Watson said. Popular events included a Halloween trick-or-treating fest at La Plaza mall, in which volunteers and families decorated the children’s wheelchairs or walkers to set off their costumes and various stores participated in distributing candy. Another community event, a winter wonderland, was hosted at a private residence in Mission, Texas. The team from Capable Kids filled a 2,000 square foot area with real snow and pulled them around on sleds modified to their needs. Among a carnival-like atmosphere, a photo-booth allowed children to take pictures with Santa – a childhood milestone many kids hadn’t been able to do previously because of their excitability.

A few years before Capable Kids was created, their workplace occasionally hosted events for the children they worked with. Andy Del Fierro is the Treasurer of the organization and recently helped create a committee to organize sports leagues since the previous one with their workplace went so well. Their first football game had about 40 participants. “They don’t usually get involved in sports,” says Del Fierro. “The first play I hiked the ball to one of the kids and he looked at it. I told him to run – and he took off! All the other kids got in a conga line, and when he scored they all started doing a dance. It was so cool.” After the success of that event, they got involved with the Boys and Girls Club and some other organizations to create a season-long team (as opposed to a one-day event), providing another first to many of the children- the opportunity to form bonds with teammates. The first, a tee-ball league, was so successful that Capable Kids is starting a basketball, indoor soccer, and cheerleading league this year with the intent to make these children more active. “The sporting events are primarily for our children with special needs but most of our social events are for family members as well,” says French. “It’s very important to us that they have an opportunity to interact and do things with their brothers and sisters. We are really trying to emphasize children being a part of the community. We are trying to integrate as much as we can.”   In addition to the sports leagues, Capable Kids is planning a kid’s triathlon, a prom, an Easter event, as well as the annual Halloween and winter wonderland events. They also want to do some small classes throughout the year such as theater, art, and dance. Watson says, “Our goal is to eventually start incorporating with city events. We’d like to have some time dedicated during these ceremonies for the special needs kids. We don’t want them to be separated, but accommodated for.”

Del Fierro feels personally connected to the cause and believes that not only do the children need to feel safe at their events, but the community needs to be more educated so they feel safe anywhere they go. He recalled an instance told to him by the family of a six-year-old whom they’ve worked with. They went to the movies and planned to sit in the wheelchair accessibility section, but there were able-bodied adults occupying the seats who refused to move. They ended up calling the manager, security, and eventually the police to resolve the situation. French says these are the kinds of experiences that make children with special needs and their families not want to go out. Del Fierro, French, and Watson are all very passionate individuals and hearing this and other heart-wrenching stories is what spawned their organization.  “We work with a wide variety of children with different diagnoses. We are all-inclusive,” says French.  “I want the community to see, acknowledge, and be aware that these children are here.” She hopes this will create more advocacies for change and says that there’s nothing these children can’t do without a little help.

To get the word out, they are planning on doing more fundraising, marketing, and networking. Watson says, “We talked about doing some educational videos and posting it on our Facebook such as ‘How to Talk to a Special Needs Child.’ We want people to not be afraid of interacting with these kids. We hope that the more we get them out in the community, the more people will become educated about it.” They strongly believe that this video series and other educational incentives will help accomplish that.