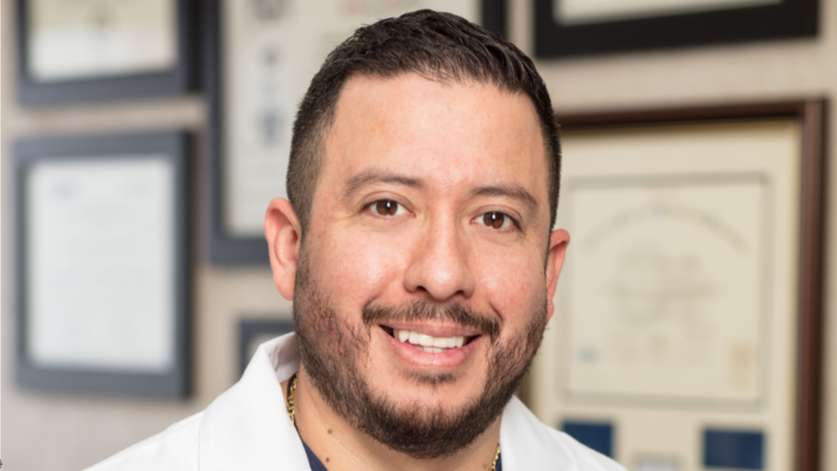 Some of the most common gynecologic surgeries he performs include:

Hysterectomy: the surgical removal of the uterus.

Salpingo/oophorectomy: surgical removal of one or both ovaries or fallopian tubes.

Sacrocolpopexy: a surgical procedure to help with urinary incontinence and pelvic floor prolapse (or falling out).

Typically surgery of this caliber would require a large surgical incision that would cut across the lower part of the abdomen — similar to a C-section. Another option performed by some surgeons is a classic multi-port laparoscopic approach that leaves multiple bullet-size incisions across the abdomen. Women are thrilled to realize there’s an even more cosmetically and superior minimally invasive approach called single-site robotic surgery using the da Vinci Surgical System. Single-site surgery means only one small incision, about the size of a quarter, is made through the umbilicus (belly button) eliminating a large surgical scar. The da Vinci robot was invented to allow an experienced surgeon to perform complex surgeries with a minimally invasive method. This means a major complex surgery such as a hysterectomy can be performed through a single incision that will leave patients virtually scarless. This method minimizes blood loss and patients have a significantly shorter hospital stay, meaning most go home the same day. Many can also expect to see reduced recovery time compared to traditional surgical methods. Now, women don’t have to travel to major medical centers to have this advanced minimally invasive surgical procedure. The women of the Rio Grande Valley have access to that expertise right here.

Dr. Luna is an expert when it comes to using the da Vinci Surgical System. From the simplest to the most complex cases, every patient can have this minimally invasive surgical approach. He has been one of the top leaders in procedures performed over the last several years, currently ranking number two in the state of Texas for single-site robotic surgery and number six in the United States. He’s associated with the Texas Institute for Robotic Surgery and is a national proctor for the da Vinci Surgical System. His recognition is gaining attention from patients all over South Texas, from Laredo to Brownsville, San Antonio, Austin, and Houston. He began his robotic training in New York City at Montefiore/Albert Einstein Medical Center then practiced for several years at The Texas Medical Center in Houston. Now, Dr. Luna is proud to be serving his community right here in the Rio Grande Valley. 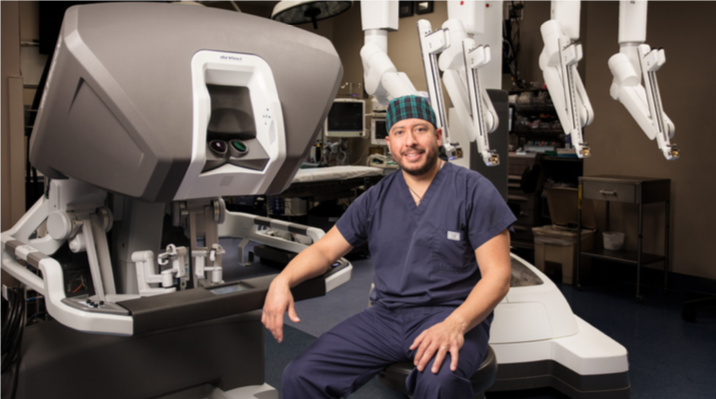 Many women have experienced the benefits of having minimally invasive robotic surgery and single-site surgery, including Diana Gonzalez, a resident of Brownsville who avoided treating her medical condition for 10 years because of the disadvantages and inconvenience of standard surgery. Gonzalez explained how after time, her symptoms continued to worsen. She suffered from multiple fibroids and an enlarged uterus. She said she knew she needed surgery, but wanted to avoid a major invasive surgery that would leave her bedridden for weeks, unable to walk, and later dependent on hormone therapy if open surgery required the removal of her ovaries.

Because of Dr. Luna, Gonzalez was able to keep her ovaries, avoiding the need for hormones. She was walking the next day, and went home with only a small incision. After the surgery, she said she didn’t need pain medication, and was back to her normal routine in virtually one week’s time.

“I’m very grateful I was referred to Dr. Luna. The surgery was successful, there were no complications, and so far, I’m doing very well on my recovery,” Gonzalez said. “I’m glad that we have someone who does robotic surgery here. Dr. Luna is just an amazing doctor and I’m not sure anyone else would have been able to do such an amazing job.”

When asked what advice she’d give other women seeking to surgically address their gynecologic problems, she said, “I would advise them to get a robotic hysterectomy instead of the traditional surgery. You will have faster recovery that is minimally invasive and nothing beats that.”

And not only is Dr.Luna known for his state-recognized accomplishments, he’s also acknowledged by both staff and patients for having a charming and personable demeanor and overall practice philosophy.

“He’s not like every other doctor — he listens to you,” Gonzalez said. “I had a whole page of questions and he heard and answered every single one. You can tell he’s very dedicated to his patients and wants the best outcome for you.”

If you or someone you know is looking for the most advanced quality gynecologic health care, including the surgical procedures listed above, prenatal care, and even infertility consultation, visit Dr. Luna’s office today. Rest easy knowing there is freedom from traditional surgery to solve your gynecologic problems right in our area.

The office of Dr. Rene I. Luna is located at 501 Savannah Ave., McAllen, TX 78503.   Call (956) 630-2400 to speak with one of his knowledgeable and friendly staff members to schedule your appointment. Read more about Luna and his services by visiting his website at www.reneilunamd.com.