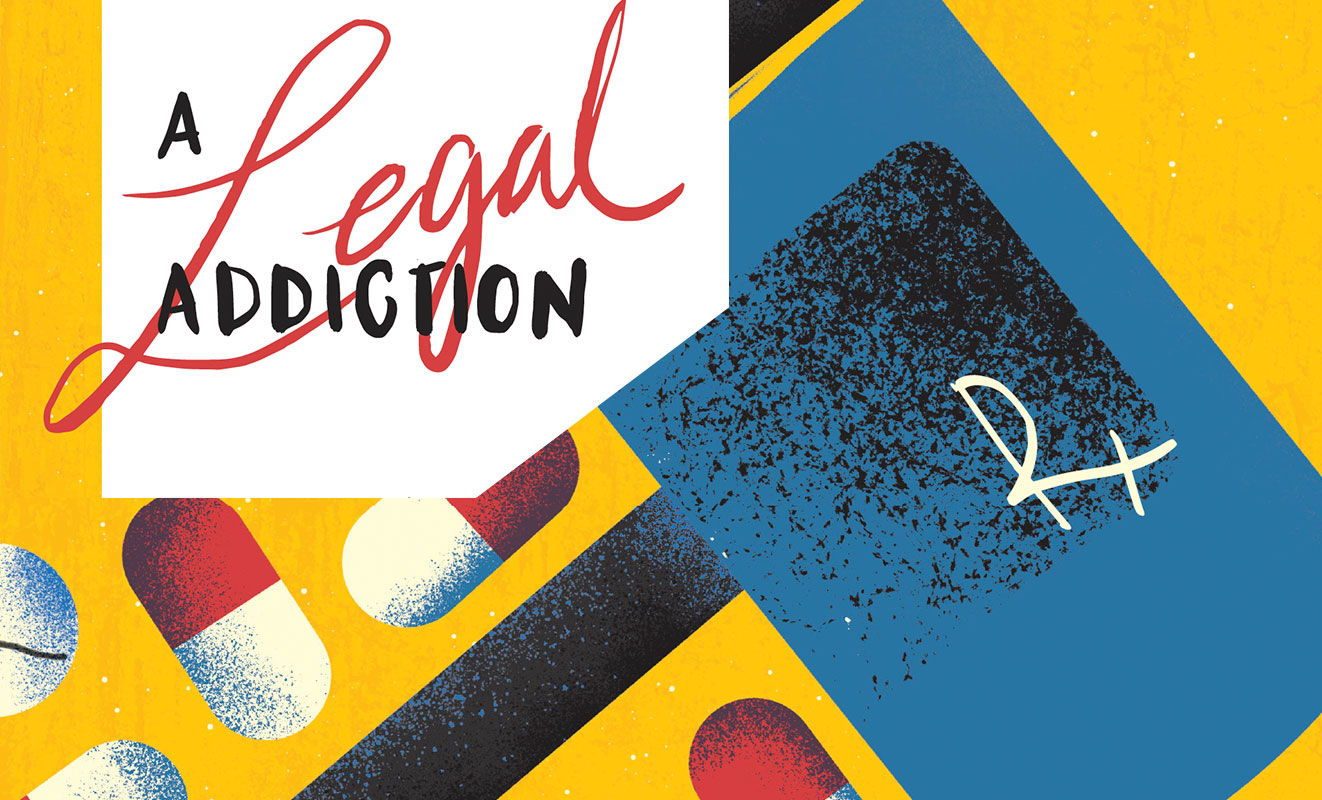 JJ Rodriguez started drinking and using drugs when he was 15 years old as a way to relate to his friends. To have a good time. Relieve stress from school and playing sports.

“People seemed to like me more when I was drunk or high, as that’s what my mind told me,” he wrote in an email. “I loved my life, I told myself, when I was getting drunk or high.”

Alcohol and marijuana paved the way for pills and cocaine. Rodriguez found he couldn’t control the amount of substances he consumed. After a period of upheaval that included selling drugs, jail stints, and an ultimatum from a judge to seek treatment or face real time behind bars, Rodriguez finally experienced a pivotal moment when he was 25.

“It wasn’t until my life got so bad and full of depression that I finally gave in,” he wrote. “I still remember the night where I left my apartment in Houston, not knowing where I was walking, but I just took off walking and I ended up in front of a church. That night I just remember falling to my knees screaming to God to please help me.”

Now 38, Rodriguez has been in recovery for 12 1/2 years. He founded A Vision for You Help Center in 2010 in Edinburg. The center is a faith-based nonprofit that offers chemical dependency counseling — one of several in the Rio Grande Valley. However, Rodriguez says that the region requires more help, especially in the face of the country’s opioid crisis.

“The RGV needs 10 times more resources than this,” he wrote. “We very much lack more opportunities where people can find and get help with their active addictions.”

The Trump administration on Oct. 26, 2017, declared the nationwide opioid crisis a public health emergency. This tactic frees up funds and resources to respond to the problem. 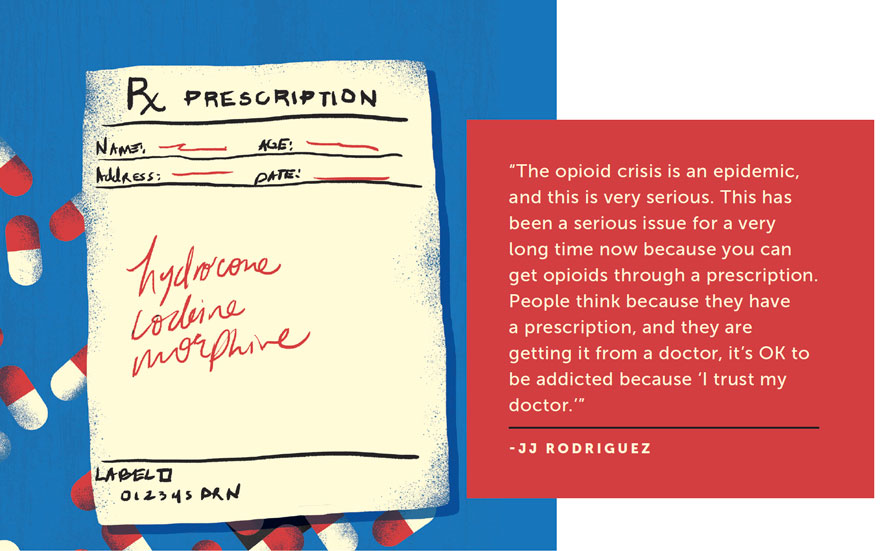 According to the Centers for Disease Control, more than 140 people die of an opioid overdose every day in the United States. Use of the drugs can cause everything from a dangrous decrease in blood pressure to slowed and stopped breathing, the Mayo Clinic website states. Those who take too much of the drugs face a high risk of death.

Some of the areas hardest hit by overdoses in the country include Appalachia, the Rust Belt, and New England, according to 2015 data compiled by the National Center for Health Statistics and the CDC. However, the Rio Grande Valley is no stranger to this type of addiction.

“The thing about the opioid epidemic is it transcends socioeconomic class,” said Anthony Brister, a therapist at Tropical Texas Behavioral Health in Edinburg. “I’ve seen it in very low functioning 14-, 15-year-old kids and I’ve also seen it in stay-at-home moms that are housewives and are very wealthy.”

The prevalence of opioids — substances that range from heroin to fentanyl to prescription painkillers like hydrocodone, codeine, and morphine — may be partly to blame for the current crisis.

“For the longest time opioids have just been used to treat pain and other medical issues, and so it’s been hard to combat because it’s on the streets and it’s also in doctor’s offices, too, and pharmacies,” Brister said. “Initially, it’s beneficial. The purpose of it is to reduce pain. But ultimately, that’s why people do any kind of drug, is to escape from their pain.”

The highly addictive nature of opioids makes it hard for people to stop taking them.

“Unfortunately, once people use it frequently enough, in large enough quantities, there becomes a physical dependency on it,” said Stephen O. Vega, the director for Substance Use Disorder Services at Tropical Texas. “A lot of times we see people who their body has become physically dependent on the drug, and they require it in order to have some kind of normal behavior.”

It’s often when people attempt to stop using opioids that the staff at Tropical Texas take them in.

There are a number of ways to address opioid addiction. From residential and outpatient services to preventive services and medication therapy, there are resources available for those who seek them out. However, some patients are not ready to admit they have a problem. That’s when other forms of treatment come in.

Reyes also emphasized the importance of family when it comes to the battle against addiction.

“For the family, it’s difficult to maintain a balance between being supportive and becoming codependent,” he said. “Codependent meaning enabling and causing more harm. One of the suggestions is for people themselves to seek counseling, to seek professional guidance and not do it by themselves because they may cause more harm.”

“I think we’re at the beginning stages of collecting accurate data in the Valley,” Vega said. “I would say the Valley is underserved when it comes to treating substance abuse disorders as a whole. We do not have any adult residential treatment facilities down here in the Valley.”

More data is available for Texas as a whole — including a worrying statistic.

“What caught my attention was that here in Texas, 80 percent of heroin-dependent patients begin with prescribed opioids or narcotics,” Reyes said.

Collecting more data specific to addiction the Rio Grande Valley may be the key to obtaining more funding and programs for patients.

“I really think we need more advocacy in substance abuse disorder services, the need for resources down here, to support our communities,” Vega said. “It wasn’t until the spotlight got brought into the opioid situation that people started investing into it. That’s just how it works.”

Another way to tackle the problem of opioids is to stop the issue before addiction can take root.

“We need to find and identify the risk factors,” Reyes said. “If they can identify who is at risk, we can prevent. Because preventing is a lot easier than treating the person.”

A Vision for You Help Center

Outcry in the Barrio