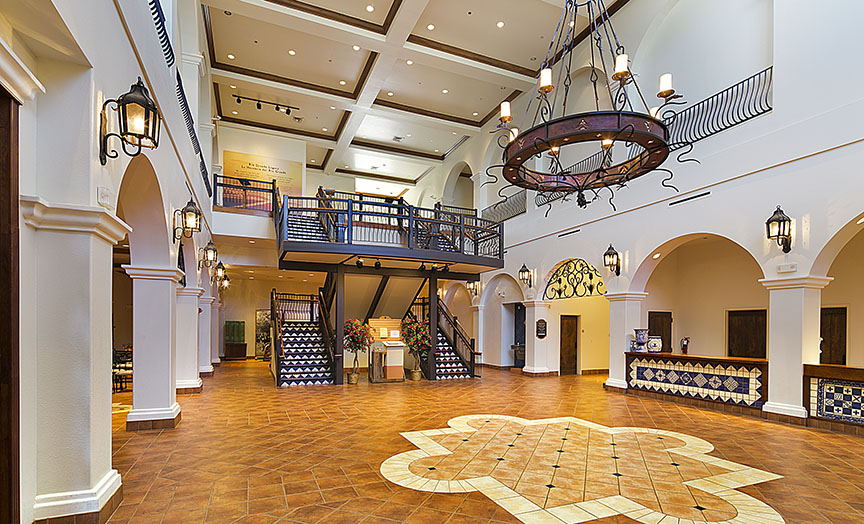 Much like the components of a clock, the people who keep a museum operating act like the gears that move the hands within a clock’s frame. They play a crucial role behind the scenes to maintain consistent quality and fulfill a museum’s mission to educate and enlighten the public.

At the Museum of South Texas History (MOSTHistory) in Edinburg, these individuals manage day-to-day tasks while employing creativity to preserve and present the borderland heritage of South Texas and Northeastern Mexico in the kind of setting that could be found in a major metropolitan area. One of these individuals is the executive director, Shan Rankin.

Rankin is a Rio Grande Valley native from Raymondville who graduated from Southern Methodist University (SMU) where she majored in political science and history with a concentration in Latin American affairs. She went to Spain as a graduate student to learn Spanish, had a 10-year stint on a U. S. Senate staff and also worked on political campaigns, and received her MBA at SMU. Working with her dad in his agricultural and veterinary enterprises brought her back to the RGV, and marrying Davis Rankin brought her to McAllen. Her education, work experience and love of the Valley made her a viable candidate to lead MOSTHistory for the past 25 years.

Rankin praises museum board, advisory council and staff planning and collaboration for the museum’s success. During her tenure, the museum has grown from 25,000 square feet to 50,000 square feet, from attendance of 9,000+ to 35,000+, from a staff of eight to 16 and from an annual operating budget of $200,000 to $1.5 million. The museum’s endowment has also grown and provides significant annual operating support as well. One of the biggest hurdles faced annually is raising the funds to operate the museum in a manner consistent with the standards of the national American Alliance of Museums accreditation it achieved in 2013. In addition to meeting the annual operating budget, leadership is raising $3.35 million to renovate the 1910 jail which is the cornerstone of the museum complex and has had to be closed to the public pending repairs.

“A capital campaign takes a lot of energy and effort because it involves writing grants and coordinating with people who are going out and making calls in the community. Together, we’ve raised about 83 percent of our goal, which is really good.”

Aside from developing exhibits, preserving the collection, welcoming visitors, running the Museum Store, fundraising, paying bills and communicating museum happenings, the staff, as a collective unit, plays a major role in attracting support and visitors. Because they are educated, creative and highly capable individuals who work well together, and are committed to the museum’s success, they have generated exhibits, programs and special events that are consistently highly ranked by museum visitors.

As part of an accredited institution, everyone has areas of responsibility, and the museum is fortunate to employ motivated self-starters who hold themselves accountable for these responsibilities. “We hire people who have initiative and are savvy enough to visualize new opportunities or identify areas for improvement. We often have more great ideas than we have the financial capacity to accomplish, but we collaborate about them and try to find a way, or we put them in a “dream stack” to accomplish in the future. People on the staff also talk with each other and throw ideas around, soliciting feedback to improve on an idea. By massaging these new concepts and working as a team, we develop enjoyable events and activities for visitors to the museum.”