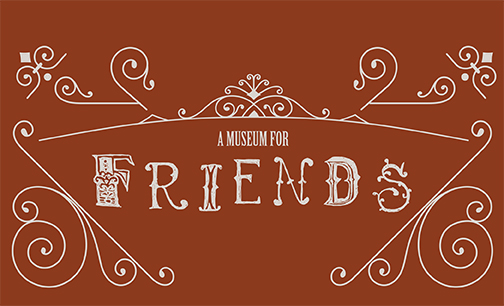 A Grand Lobby greets visitors as they enter the Museum of South Texas History (MOSTHistory), a train whistle blows in the near distance and a staircase leading to an exhibit shrouded in shadow offers growls and sounds of a prehistoric world. MOSTHistory in Edinburg displays exhibits spanning from prehistory to the 20th century with each exhibit pertaining to the borderland heritage of South Texas and Northeastern Mexico.

Once a simple County Jail, the museum has evolved into a 50,000 square-foot complex occupying a whole city block after a $5.5 million transformation. There is even an exhibit detailing the transformation of town and jail alike. The exhibits include the signature Rio Grande Legacy permanent exhibit, the 1910 Old Jail, Will Looney Legacy Park and although not an official exhibit, the Grand Lobby, itself.

The Grand Lobby contains several notable features representing the legacy of the region. The architecture of the Lobby, and the museum overall, echoes Spanish Colonial Revival. This style was popular in the early twentieth century, particularly in the lower Rio Grande Valley. The chandelier and archways contain numerous South Texas animals and plants magnificently hand-crafted into the metal. The metal railings mounted in recessed arches at the second floor level came from the 1910 Hidalgo County Courthouse in Edinburg.

Once upstairs, visitors are at the beginning of the museum’s signature exhibition, Rio Grande Legacy. Told in two parts, River Frontier and River Highway, the story of the region unfolds with unique artifacts and state-of-the art multimedia. Guests encounter prehistoric fossils, ancient tools, Spanish colonial treasure, battlefield relics and artifacts from the region’s heyday. Interactive exhibits like the museum’s steamboat replica beckon guests inside its theater to watch videos about the Valley’s unique riverboat past.

Downstairs, visitors follow a corridor to River Crossroads, the final segment of Rio Grande Legacy. Entering through a replica train station, visitors to this gallery learn about the century that transformed the region. Artifacts from the museum collection illustrate the arrival of railroads and irrigated agriculture, town-building, the region’s role in wars of the twentieth century and the booming post-war years. Much like the upstairs gallery, visitors are encompassed by sounds of the century, from Mexican corridos (ballads) to the clatter of a telegraph. This gallery’s theater, inside a replica packing shed, offers two vintage films on the region.

Nestled next to Will Looney Legacy Park stands the cornerstone of the museum complex: the 1910 Hidalgo County Jail. A Recorded Texas History Landmark, complete with a hanging tower once used in 1913, the jail is one of the most popular stops on a visit to the museum. The historic jail , the museum’s only changing exhibit area, is currently closed due to severe structural damage caused by water wicking up through the walls, known as rising damp. The museum is currently working to raise $2.8 million needed for repairs so visitors can once again see the jail. While 83% of the goal has been raised, community participation in this project is still needed.

Be part of history

The museum thrives on donations from the community, and such donations have helped transform the museum into what it is today. One can become a part of this growing keeper of our regional history by becoming a FRIEND of the museum. The Museum of South Texas History is part of the mere three percent of accredited museums in the country and refers to its members as FRIENDS while extending benefits to those willing to make an annual donation.

Lisa K. Loebl, MOSTHistory’s marketing and public relations officer stated, “A museum may not be the first thing that pops into mind when you’re planning your social life, but in fact it’s a great way to connect and be a part of the community. MOSTHistory offers a wide variety of fun opportunities for all ages to explore and interact. We call our museum supporters FRIENDS because they really are friends, who make sure the museum prospers by maintaining their FRIENDship year after year.”

Some benefits include free admission, a 10% discount in the museum store, discounted ticket prices on museum events and many more depending on the level of FRIENDship. Individuals can donate as little as 10 dollars a year or into the thousands. Upon becoming a FRIEND or renewing one’s FRIENDship to one of the finest museums in the country, one will be extended benefits at the assigned level for one year from the month a person joins or renews.

The Museum of South Texas History will be having its 25th annual Pioneer Ranching & Crafts Day in the month of February. An annual Rio Grande Valley (RGV) tradition at MOSTHistory, this family-friendly indoor and outdoor festival features artisans, hands-on activities, along with music and dance performances for all ages. Visitors enjoy a highly interactive and entertaining event while learning about South Texas traditions and foods that are distinctly RGV.

Admission to Pioneer & Ranching Crafts Day is the regular admission price, passes excluded. Adults (ages 18+) are $7; $5 seniors with ID (ages 62+), students with ID (ages 13+); $4 children ages 4 to 12; and free for children ages 3 and under. FRIENDS of the museum are admitted free of charge as a benefit of FRIENDship.

When stepping into the museum, one steps into another realm. The heavy mesquite doors silence the outside world so all that is felt and heard is what the museum wants its visitors to experience. Individuals walk through time, all the while inches away from displays such as a life-size mammoth and a steamboat replica. Festivals and events take place every year showcasing the heritage and culture of its inhabitants. So next time you ask yourself, “What should I do today,” remember the gem in your backyard. MOSTHistory boasts interactive exhibits, grand events and promises a day of wonder.

The Museum of South Texas History is open Sundays from 1-5pm, closed Mondays and major holidays and open Tuesday through Saturday from 10am-5pm.