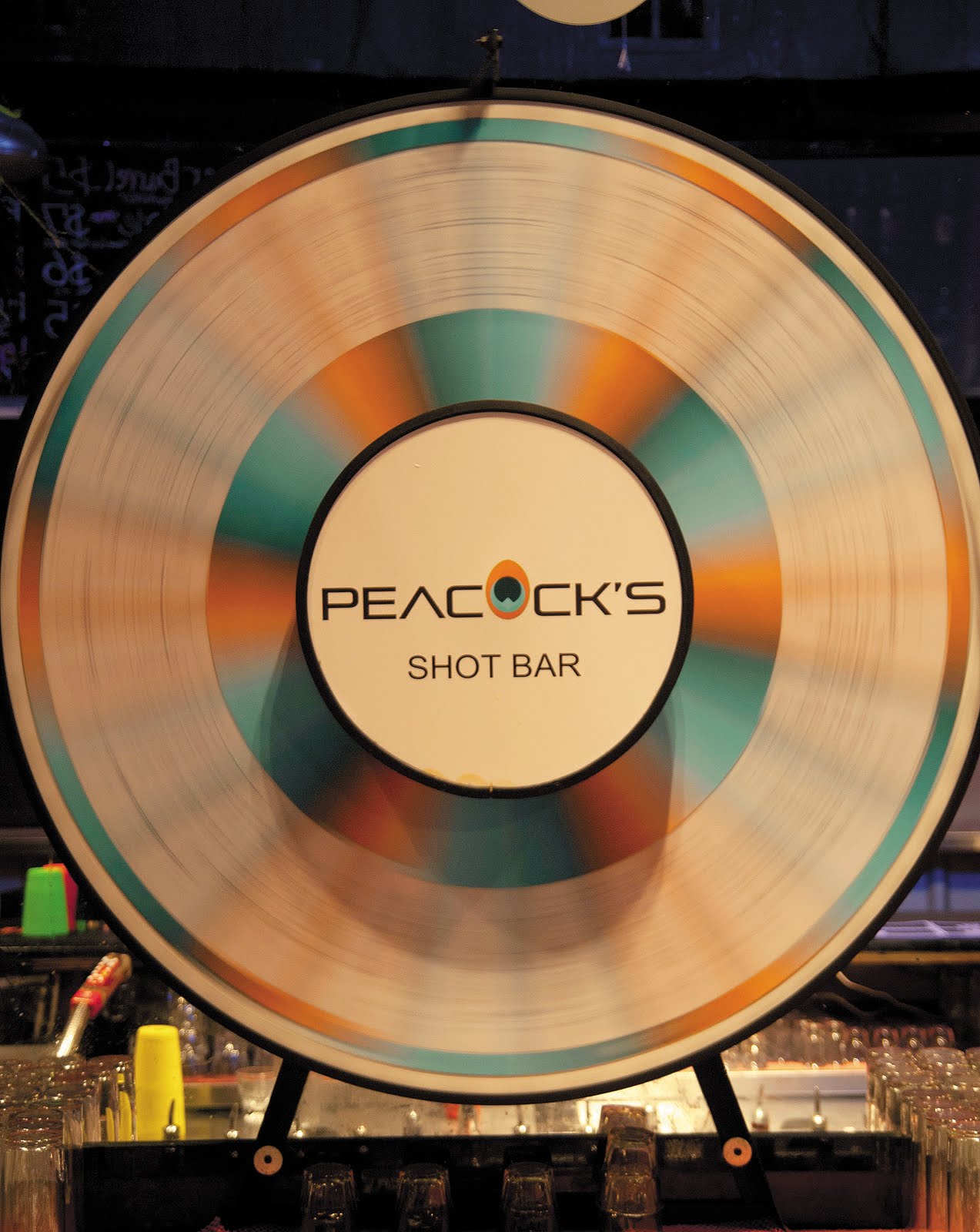 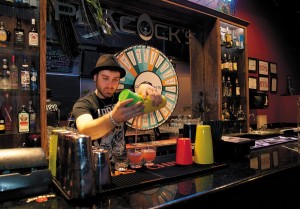 The popular 17th street in downtown McAllen has seen tremendous business growth over the past couple of years with a sudden boom that essentially transformed the mostly forgotten area, then consisting primarily of small herbal shops, into a hub of nightlife entertainment. The fierce competition amongst bar owners to draw a crowd, combined with this relatively unchartered territory has resulted in several failed venues, with new establishments quickly replacing the much desired space.

Mezzanine, a star attraction of downtown 17th street, draws approximately eight hundred people a night during any given weekend. Proven to withstand the test of time, Mezzanine does not boast a massive space, but rather intelligently makes use of its attractive location with a balcony overlooking the busy street and ample room indoors. The ambiance is palpable and clearly Mezzanine seeks to satisfy a particular clientele by drawing in young business professionals.

Keeping pace is its rebel sibling, Peacocks Shot Bar, which draws approximately seven hundred people a night, an impressive feat when taking into account the vast difference in square footage between the two businesses.

The term “shot bar” is not particularly well recognized in South Texas, but travel further north to cities like Austin and San Antonio and this all changes. With the economy in a slump, and college graduates holding less than desirable jobs, it has become increasingly difficult for nightclubs to remain afloat. The shot bar challenges this by offering shot drinks at competitive prices, while appealing to a more diverse crowd than your typical night club.

The space encompassing Peacock’s Shot Bar is small, but owner Marco Garcia recalls jumping at the opportunity to have it. Coming from an established business background gave Garcia the edge he needed to convince the landlord that his business venture would be a sound one.  Its large patio doors that remain opened throughout the entire night provides a mixture of cool air and outdoor excitement as patrons continually shuffle in and out.”It’s not a place you visit for very long. Ten minutes and you’re out, otherwise you’ll just keep drinking!” exclaims sister D’Ann Garcia. Differentiating itself from other bars downtown through its constant interaction with customers, Peacock’s boasts a massive chalkboard where guests can leave humorous messages and the occasional incoherent scribble. For those overwhelmed by the over one hundred and fifty different shot drinks, there exists the “shot wheel”, where a quick spin by the bartender determines your drinking destiny. 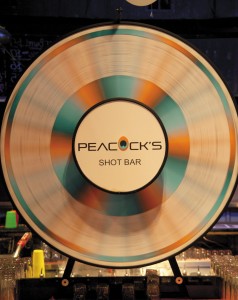 Marco Garcia has been in the business of family business since childhood. The Garcia family business, Illuminations, is located on north 10th street in McAllen. When looking to open a business of his own, Garcia knew he wanted to pursue a nightlife entertainment venue.”I knew what I was looking for in a nightclub and couldn’t find it here. I wanted to create a space that encompassed all of those different things.  That’s where the concept of Mezzanine came from.” explains Garcia.  Just like Illuminations, Garcia decided to undertake this venture with the help of his siblings who deal primarily with accounts, marketing and PR.  “Majority rules” explains D’Ann in reference to any decision making that needs to be made amongst the three siblings.  Admitting that most of the time he is out-voted by his two sisters, Garcia is clear about one thing, “Family comes first.”

Like any business man, Garcia never stops dreaming. Hoping to expand his business ventures into other parts of the valley, he seeks to replicate the formula that has made both Mezzanine and Peacocks a bona fide success story.