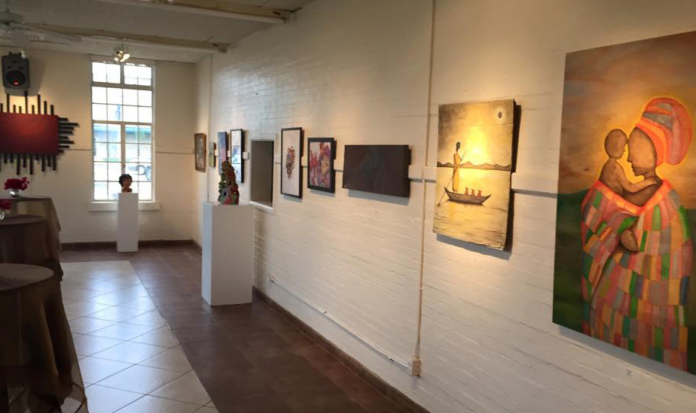 After being on hiatus due to the pandemic since its last showing in 2019, the Mujer-eres art show is back on, showcasing the works of 22 female artists from March 4 to April 29 at La Chicharra Studio on 1400 E. Madison St. in Brownsville. The opening reception will be from 6 to 9 p.m. March 4, and the studio is open from 1 to 3 p.m. Tuesdays and from 4 to 6 p.m. Thursdays. 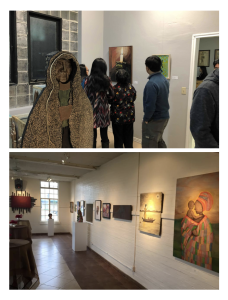 The event hasn’t happened in recent years because of COVID-19. At the time of publication, the show was scheduled to take place. The event will also feature several outdoor vendors picked by Ruby Garza, the director of La Chicharra Studio.

“We just want to showcase different backgrounds, women, [and] artwork,” Sam Rawls, the curator, said in January. “[This show is of] their work, not specifically about women.”

The show accepted submissions by female artists from the Rio Grande Valley and beyond. Mujer-eres’ goal is to feature each artists’ perspectives and background. That was the appeal for Gina Palacios, the guest juror for the exhibit and an assistant professor and associate director for the School of Art and Design at the University of Texas Rio Grande Valley.

“I know a lot of local artists will be in attendance and this is a way to bring art from outside the Valley into the Valley,” Palacios said. “I [wanted] to be part of that.” 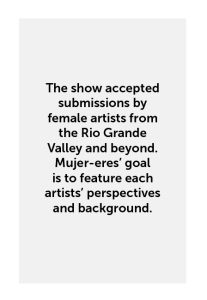 Palacios taught at the Maryland Institute College of Art before coming to UTRGV. Since the exhibit allows female artists from outside the Valley to submit, she felt that her experiences aligned with the exhibit’s goal. Rawls and Palacios knew each other before collaborating on the event. Palacios mentored Rawls while Rawls worked on her master’s degree.

“I already had [Palacios] in mind,” Rawls said. “It’s the first time we’re doing a jury this year. She’s a very helpful person, very knowledgeable. I immediately was drawn to her and asked her, ‘Would you help us this year?’ She gladly said yes.”

It was an honor for Palacios that Rawls selected her for the exhibit. It will be Palacios’ first time judging. She said that she’s worried about narrowing down the works for the exhibit’s Best of Show because she might love everything.

An exhibit can’t happen without a space to home the artists’ works. That’s where Garza’s studio comes into play. Garza had seen previous years of the Mujer-eres Exhibition. To be asked to provide a space for this year’s event was an honor for her. 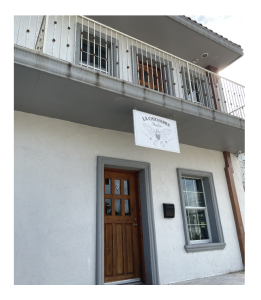 She opened La Chicharra Studio in the summer of 2021. Since then, her studio has housed four events. The 2022 Mujer-eres Exhibition will be number five.

“It’s important for people to visit the galleries or the studios because it supports artists,” Garza said. “It gives them exposure. Someone can go in and take a look at the artwork, take a picture of [it], and share it on social media.”

While Rawls was unsure about bringing the exhibit back, she reached out to Garza to host the show. Rawls wanted to use La Chicharra Studio because it was new to the downtown Brownsville art scene and operated by a woman. She’s seen the studio and loved it.

“It’s beautiful,” Rawls said. “It’s a good location, right off the university, and I think it’s well organized. I was like, ‘Oh, this is [a] great place.’”