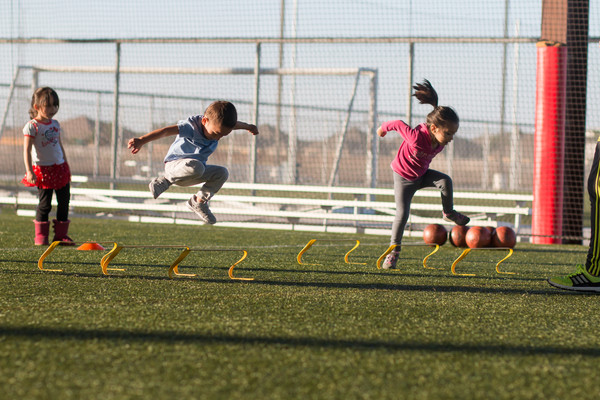 I remember the summer of 1985: The original Nintendo had just come out, and as a result we didn’t spend much time outside during that break.  It’s the same today with kids and their PS4s and Xbox ONEs.

While I believe kids should be able to engage in their choice of recreational activities during their summer vacation, parents should be aware that a decline in physical activity during childhood is a major contributing factor to a rising obesity rate across all age groups, according to the National Center for Chronic Disease Control Prevention. From 1980 to 2008, rates of obesity in the U.S. increased from 6.5 percent to 19.6 percent in children ages 6 to 11 years old. Juxtapose those facts with research cited by the TEA in 2009, stating that students who are physically fit tend to do better on standardized tests, have good attendance, and fewer disciplinary referrals. This summer is a great opportunity to  reinforce the idea that physical activity is a lifelong pursuit for all to enjoy.

It’s not just video games keeping children sedentary; it is common for children to have access to an array of media at home including TV,  smartphones and the Internet. Try reducing the amount of screen time allowed per day to help your child become more active. They will have to find other ways to entertain themselves, some of which may be physically engaging. Try enforcing a fair limit, such as no more than two hours of computer or TV per day for everyone in the family. Similarly, removing TVs from children’s bedrooms can help prevent the sneaking in of long sedentary periods of binge watching.

Reducing sedentary activities is only half of the equation; the other half is getting active! The National Association for Sport and Physical Education suggests that children get a minimum of 60 minutes of exercise every day. Arranging daily outings for the family, such as bike rides, dog walking or trips to the playground or public swimming pool can help keep your kids healthy. The type of activity doesn’t matter as long as it’s either of moderate or high intensity. According to the NASPE, that includes anything from jump-rope to playing tag. Toddlers and preschool children should get 60 minutes of unstructured physical activity, and shouldn’t be allowed to stay sedentary for more than an hour at a time. I find this rather interesting as I see a lot of children referred to me to be evaluated for ADHD when they are not able to sit through the entire morning’s class.

Older kids and teens are also not meeting their physical activity goals, and as a result their fitness is slipping. Students are required to take physical education classes for only one year out of the four at public high schools, and P.E. and recess are ever-shrinking at the elementary level. The recommended hour of exercise is often not taking place at school. More than two in five Texas schoolchildren were deemed unfit in a 2010 test, the “Fitnessgram,” which assessed the cardiovascular fitness of 2.9 million Texas students in grades 3-12. That data found that just 31 percent of third-grade boys and 37 percent of third-grade girls made a healthy score on all six tests in 2009-2010, and the older students got, the worse they did. By grade 12, just 8 percent of girls and 8.5 percent of boys passed all six parts.

How Exercise Can Help Your Mind

Because exercise gets your blood flowing, that means more oxygen to your brain. And that means you can think better.

How Exercise Can Put You in a Better Mood

Exercise affects chemicals in your brain. And these chemicals can affect how you feel. Exercise can: