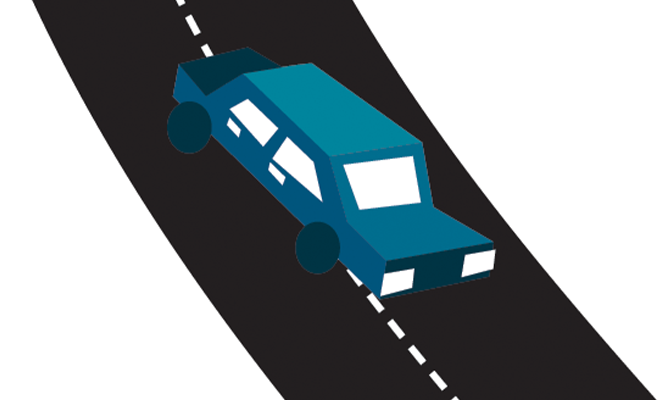 A client contacted attorney Humberto Tijerina after another driver totaled his car and put his wife in the hospital for three days. As the medical bills mounted, the police report and claim revealed that the other driver had no insurance coverage — and no assets to help cover the consequences of the crash.

Tijerina had worked with this client before, advising him to add coverages to his existing insurance policy after a previous accident. But the client hadn’t gotten around to it, and those protections would’ve helped tremendously this time around.

“These are basic things that all of us should be paying attention to because somebody out there could completely wreck a life if we’re not ready for it,” Tijerina said. “And that’s the whole goal: for us to be ready, for us to be prepared in case anything happens.”

By law, all Texas drivers must have at least liability coverage. However, this basic coverage might not cover all the costs if a car is totaled, someone is seriously injured, or multiple vehicles are involved. And even though the coverage is mandatory, some drivers still choose to get behind the wheel without it.

“You don’t get to pick who you end up crashing against or who ends up crashing into you,” Tijerina said.

Many times, clients come to Tijerina Legal Group after a car crash confident that they have the proper insurance coverage. However, when they start processing their claim, they discover that while repairs to their car might be covered, medical care for their passengers, lost wages, or other expenses are not. And when it comes to going up against underinsured or uninsured drivers who caused the crash, the clients’ own insurance will cover damages to a certain extent. However, clients will have to pay the deductible — sometimes, up to $2,000 for damages that aren’t their fault.

Tijerina recommends making sure you have the following coverages for such situations:

Individuals will need to confirm with their insurance adjuster that they have these coverages.

“If you can afford it, it’s the best deal that you can get when you’re buying insurance for you and your family because that’s what’s going to take care of you when somebody else here is driving around without the proper coverages,” Tijerina said.

After a car crash, it’s essential to get in contact with your insurance company as soon as possible. But when insurance companies make you jump through hoops to get compensation — or refuse to compensate you at all — that’s another issue.

“What’s typical is for you to call the insurance company and they’re going to roll out the red carpet initially — they should,” Tijerina said. “And if they don’t, you know you’re already in trouble. You’re already dealing with somebody where you’re just going to get the runaround.”

Many times, insurance companies will encourage people to seek medical treatment and get their vehicles repaired, then submit the receipts to be reimbursed. But many people don’t have the money it takes to cover hospital bills or expensive mechanics. Even if they do, insurance companies might refuse to reimburse them on the grounds that they consider the medical tests or services to be unnecessary. Many of those same companies that people pay every month to keep them protected are more interested in holding on to that money — or finding fault with the driver to chip away at the amount they’ll pay out.

“If somebody’s having trouble getting the insurance to respond, that’s even more of a reason why somebody needs to go to an attorney right away,” Tijerina said.

In the next issue of RGVision, Humberto Tijerina will describe the critical steps to take — and avoid — after an accident.