Amanda’s story begins on, of all things, an exotic animal ranch in rural Wisconsin. The ranch was a haven for mistreated animals, from miniature donkeys to birds and everything in between. With a background like this, Amanda’s lifelong tendency toward service is no surprise.

As fun as the animal ranch was, Amanda knew she wanted a taste of life beyond Wisconsin. She spent her senior year weighing options for the future. Financially speaking, college was out of the question. At eighteen years old, she felt it was too early to jump into a career. Amanda was just looking for a way to get out into the world. She found it in the glossy, action-packed pamphlets handed to her by a military recruiter.

This was the start of Amanda’s decade-long military career. She joined the Air Force and became a member of the Security Forces, which she explains as “basically the military police.” Over the next several years, Amanda’s job made her dreams of world travel come true. She spent many months in Saudi Arabia and Kuwait. She lived for two years in Turkey, and even served a stint on the Ecuadorian coast.

These years were filled with adventure and personal growth for Amanda. She experienced things she had never imagined: a tea party in the desert with some very polite Kuwaitis, the strangeness of being completely ignored by men in Saudi Arabia, one of the seven Wonders of the World in Turkey, and the stunning Pacific coastline in Ecuador. Amanda was also rising in the ranks. Her administrative and managerial skills grew along with her confidence and discipline.

But after several years, Amanda began to grow weary of the military lifestyle. The six-months-home, six-months-abroad pattern went from exciting to exhausting. She had a sense of not really living anywhere, and began to wonder what it would be like to put down roots. So, she decided to make her next military tour her last.

This final journey turned out to be one of the most intense. Amanda was sent to 2009-era Afghanistan to improve military behavior in the region. It was challenging and sometimes frightening, but she got the job done. Plus, the whole experience had a major silver lining: Afghanistan is where Amanda met her husband.

After Afghanistan, Amanda started winding down her military career in earnest. She spent time in San Antonio and Oklahoma, finally letting her then-boyfriend/now-husband convince her to move to the Valley. Once settled, Amanda realized she felt lost. She was out of the military, but didn’t feel fully civilian yet. She had an associate’s degree in criminology from the military, but it didn’t feel like the right field. 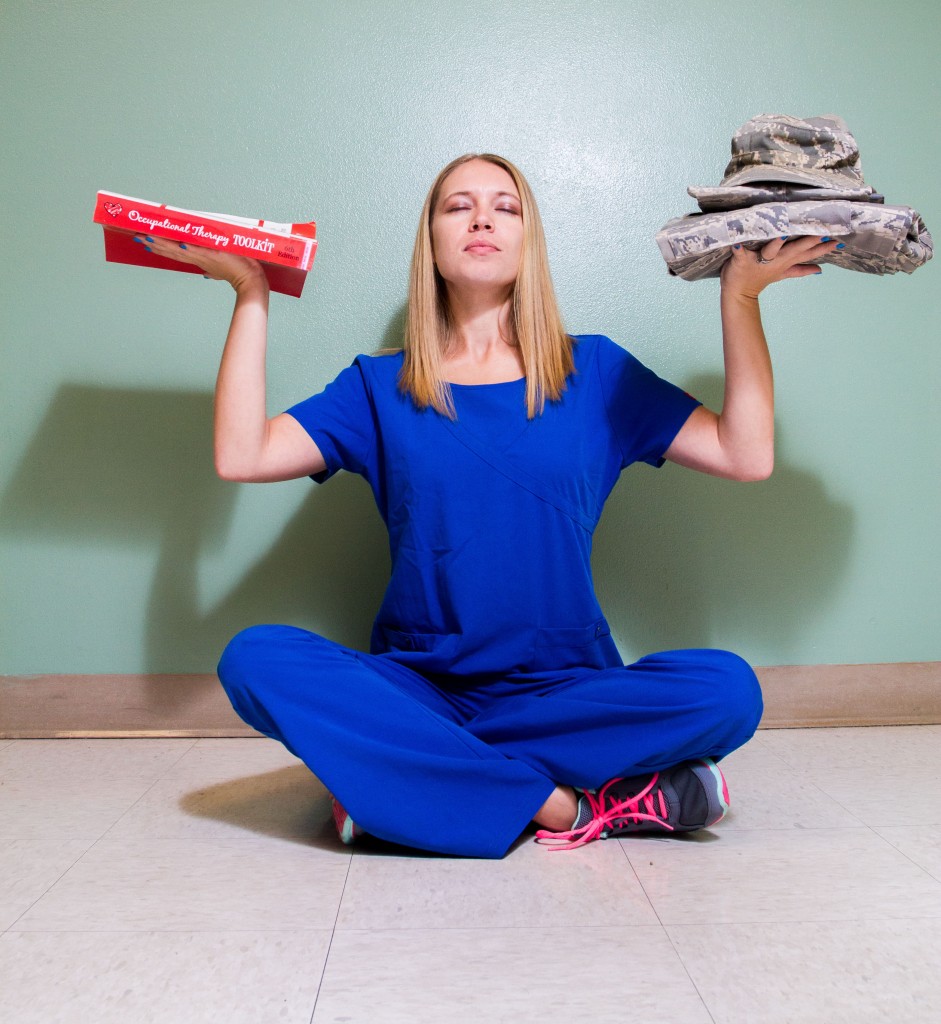 Never one to wallow, Amanda embarked on some serious soul searching. Many hours of reflection and several career aptitude tests later, she had decided what to do. She was going back to college to become an occupational therapist. The career was a perfect fit for Amanda: she could serve others as she did in the Security Forces, but in a different, more personal way.

Enter South Texas College. Amanda had heard great things about the school. She saw that they offered a two-year program in Occupational Therapy Assistance – a perfect first step for her new career. STC was also affordable, especially with the US Air Force’s help. Best of all, it was really close to her new home. It seemed like a great match, so Amanda took a deep breath and made an appointment with the STC admissions office.

She felt at home immediately. The registrar’s office told Amanda step-by-step what she’d need to do to enroll. Even better, they sent her to the on-campus Veteran’s Office, where she found a community of people just like her: ex-military, future something else, currently building a life here in the Valley. She felt informed, supported, and ready for the challenges ahead.

And challenges there were. Ten years away from the classroom made subjects like anatomy, kinesiology, and physiology seem impossible. And those were just the prerequisites; two years of classes and clinical rotations lay ahead. Mustering up all the discipline the military had given her, Amanda dug in. She studied hard, spent countless hours with her close-knit study group, and practiced her new knowledge in professor-supervised clinical work. A little over two years later, Amanda Delgado graduated at the top of her class. She was the only student in the program with a 4.0 grade point average.

Today, Amanda is back at STC to earn her bachelor’s degree. She’s staying on track for occupational therapy by working part time at a pediatric clinic. It’s a big change, going from marshaling soldiers in Afghanistan to helping children navigate the everyday world. But Amanda is managing the transition with grace. She credits much of that to South Texas College, the place where she became an occupational therapist in the making.