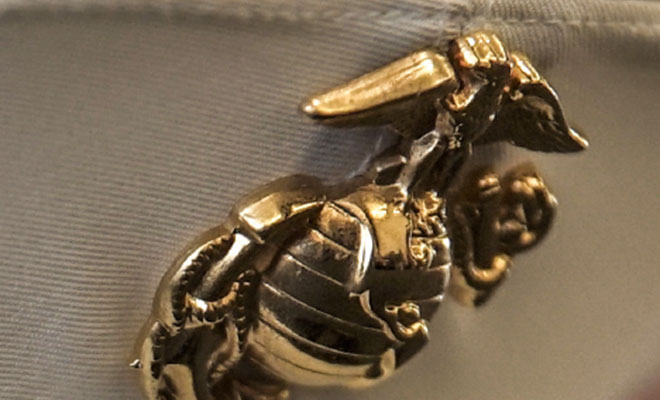 A room full of Rio Grande Valley veterans, their loved ones, veterans’ advocates, healthcare professionals, and other community members watched as Donald Barajas walked across the carpeting while wearing a whirring robotic exoskeleton. Behind him, a therapist controlled each of his steps with the press of a button.

Barajas suffered a spinal cord injury as a result of a wreck, and couldn’t move his legs. But after working with the Ekso Bionics robotic exoskeleton and the staff at Edinburg’s Doctors Hospital at Renaissance Rehabilitative Services, Barajas was able to walk again.

“We’re the only facility south of San Antonio and Houston that has robotic exoskeleton technology for our patients,” said Dr. Michael Auer, director for DHR Rehabilitative Services. “We’ve had it over a year and it’s shown great success of our patients.”

“I overheard a couple of veterans over there in the back discussing this presentation just now,” he said. “They wondered if this innovation and technology is available at the happy hours at the American Legions and the VFW when they leave.”

The technology was on display during the opening ceremony of the fifth annual Veterans Health, Education, and Benefits Fair, held Oct. 20 at the Edinburg Conference Center at Renaissance. DHR, the Renaissance Cares Foundation, and other community partners sponsored the event.

“What a marvelous piece of technology,” said Dr. Carlos Cardenas, DHR board chairman, about the robotic exoskeleton. “The ability to be able to do what we are doing in our rehab and what we can do for veterans and for others who have suffered spinal injury or suffered from stroke and are recovering — it’s only the beginning.”

Improving health care and benefits for veterans in the Rio Grande Valley has very much been a group effort.

“It’s amazing what you can do when you get entities to work together and cooperate,” Cardenas said. “We have 38,000 veterans here in South Texas. Our hope and prayers is that we continue to grow our affiliation and at the same time grow our ability to provide the care that is needed for our veterans population.” 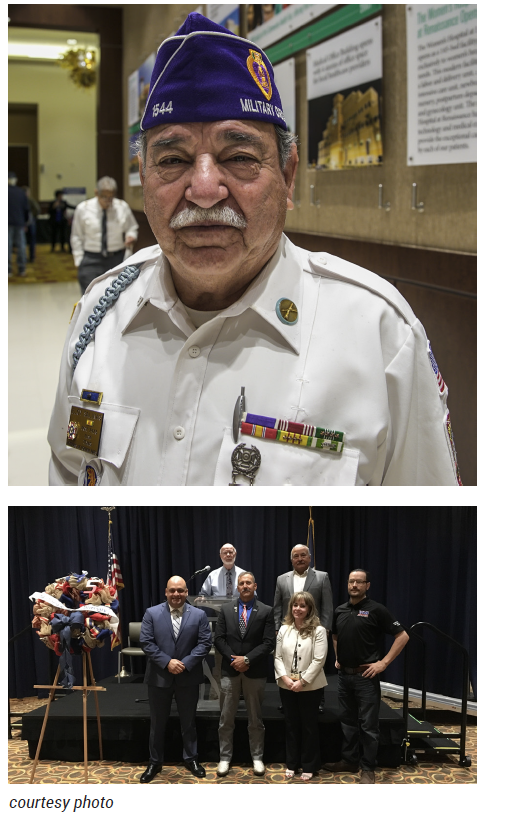 Dozens of vendors, including representatives from UTRGV, STC, the Veterans Land Board, insurance companies, and many more, were on hand during the event to provide information on services available to RGV veterans.

The mission behind the event was twofold, said Ron Tupper, DHR senior consultant and project manager for the fair.

“One is to get people who haven’t seen each other for a while together,” said Tupper, who is a veteran himself and director of the Renaissance Cares Foundation. “The other part is getting updates on changes as far as legislation. We’re having an expert talk today, for example, on the new Mission Act, which affects all veterans.”

Other breakout sessions hosted by mental health experts included information on how people can support veterans and women veterans health programs. DHR phlebotomists were on hand to do blood work for veterans.

“We also have claims counseling, which is the most popular thing,” Tupper said, explaining that veterans could leave their phone number and visit other vendors’ booths. When it was their turn to meet with a claims counselor, they received a text message.

The opening ceremonies for the event culminated in honoring the 75th anniversary of the infamous Death Railroad. Also known as the Lost Battalion, the group of service members included men from the 2nd Battalion, 131st Field Artillery, and individuals who swam ashore following the sinking of the USS Houston. The group endured 42 months as prisoners of the Japanese during World War II.

“On the 17th of October, there is an anniversary that has been really neglected to be recognized,” said Lupita Perez, VFW District 18 commander. “This is especially true because most of the POWs of this crisis were Texas National Guard. There’s a lot of significance in there because some of those veterans are buried here in our district.”

The Veterans Health Education and Benefits Fair continues to grow. Held the third Saturday of October every year, Tupper says it competes with other local events looking to serve veterans, especial as Veterans Day approaches Nov. 11.

“The way I look at it is if one veteran walks away feeling better about himself or herself, then it’s a home run,” he said. “You’re amongst friends.”