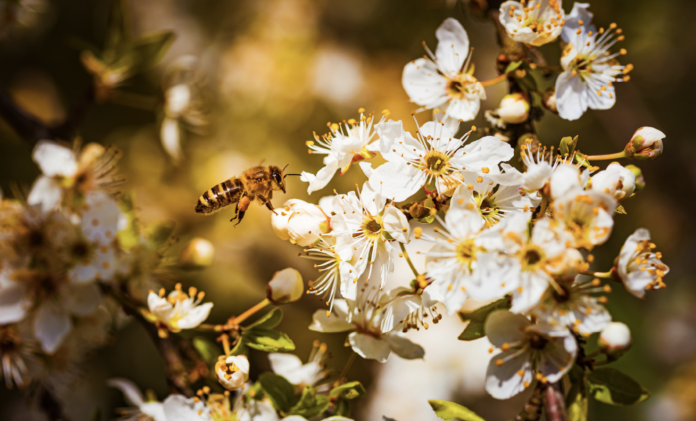 In case you didn’t know, bees are an important part of our ecosystem — to flora and fauna and of course for producing honey.

Along with making sweet honey, they drink nectar and move pollen to help flowering plants spread their seed. In essence, they are very crucial to the natural world, even if we don’t see them every day.

Even less known is the grind of taking care of bees, staying safe around them and doing the painful work of handling the stinging and sometimes unpredictable swarm.

“Over the years we have seen how vital bees are to our planet and for a lot of things we do daily as far as food production,” said Jimmy Lawrence, president of the Rio Grande Valley Beekeeping Association. “Bees are involved with every aspect of plant pollination. That’s fruit, trees, shrubs, weeds, you name it. Also goes into how bees help plants repopulate the earth.” 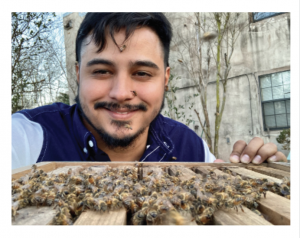 When you ask Lawrence about beekeeping, also known as apiculture, it’s hard to get him to stop. That’s because you can hear the joy, passion, and excitement he has about bees from a mile away. He wasn’t born into the beekeeping life, but was hooked as soon as he learned the trade — even getting his father into beekeeping.

“I used to think I was allergic to bees — I got stung as a kid and it welted up,” he joked. “When they were around me I was dead scared of them. But I started brewing mead with my grandpa. Mead is the oldest alcoholic beverage that was ever discovered. We were buying honey from a local beekeeper named Luis Layton. He is a master beekeeper and a real risk-taker in this field.”

Lawrence is by no means the first person to keep bees in South Texas. He says he learned from mentors and friends and took the bull by the horns … or the bee by the stinger.

“One day I just decided that I was going to get bees and I was going to produce honey,” he said. “I got my stuff from a Beekeeper that had passed away, his name was Bill Vanderput. He was one of the last old commercial beekeepers in the Rio Grande Valley. We called it pre-Africanized times.”

He not only sees bees every day, he lives them — requeening hives, helping fellow keepers get on their feet, and sitting at the head of the RGV Beekeepers Association. It’s not an easy sell these days because of the skill it takes to handle the African/Killer Bee hives.

Africanized Bees or Killer Bees sound pretty scary and that’s because they can do some serious damage as an angry hive. They are the same species of honeybees as in Europe, but the ones living in Africa began to develop some strong defense mechanisms against their natural predators.

In 1956 East African Lowland Honey Bees were brought to Brazil to crossbreed and help increase honey yields. A year later, 26 swarms escaped quarantine and since then, it’s been a northern march for these overly aggressive bees. 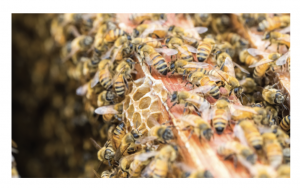 The 1990s is when these bees became more and more prevalent in the Rio Grande Valley, changing the dynamics of apiculture.

“Africanized bees breed down here at a 99.98% breeding rate,” Lawrence said. “Let’s say I have a hive that has a European queen. That hive I can work in a T-shirt and shorts if I wanted to. With the Africanized bees, one mistake and you might have a pretty bad time.”

Unfortunately in the Valley, since most of the bees are more aggressive in nature, you would have to be a bit of a daredevil to take up this field. Lawrence says getting stung is a given — but not necessarily being swarmed.

“When you get past San Antonio toward the Valley, they call that the quarantine zone in Texas,” he said. “I wouldn’t say it’s extremely dangerous if you have some experience. Small mistakes will turn a hive that’s tolerable into a situation that’s really not working out.”

As the president of the Rio Grande Valley Beekeepers Association, Lawrence still does as much as he can to encourage people to join. But being knowledgeable of what it takes from a land, equipment, and safety standpoint, he does his fair share of vetting.

“There’s a lot of upcoming people that want to keep bees but don’t know what to do. I get a lot of messages,” he said. “I try to help people but I’m also very careful with who I try to help. If you live in the city and you put a beehive in your backyard, your neighbor that is mowing the grass will get attacked eventually. I’ve helped a lot of people get started with bees. Some people do really well and some people, once they find out about Africanized bees, they just put everything up and forget it.”

High start-up costs is another factor keeping the Valley from a big boom of bee business.

“It’s really expensive to keep bees,” Lawrence said. “The wood is expensive, the gear is expensive, and on top of that, you have to re-queen your bees once a year or else they are going to be aggressive. So it’s really difficult if you don’t have the land that is required to maintain a beehive. It can pose a threat to the animals, pets, and of course people.”

He does have a vision, however, of how to get the skilled trade into the hands of younger people. He said he wants 4-H or FFA to add beekeeping programs so that these skills can be taught to enthusiastic, animal-inclined youths — not very different from how these programs teach raising livestock from adolescence. 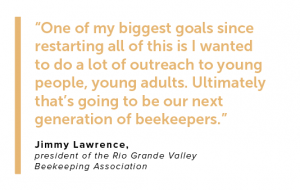 “One of my biggest goals since restarting all of this is I wanted to do a lot of outreach to young people, young adults,” Lawerence said. “Ultimately that’s going to be our next generation of beekeepers.”

He recalled a class of students in Hidalgo who got interested in beekeeping. They raised funds as a class and kept bees for a whole year. Lawrence believes as long as that interest is there, as long as curiosity and training can overcome fear and hurdles, the next generation of apiculturists is here in the Valley.