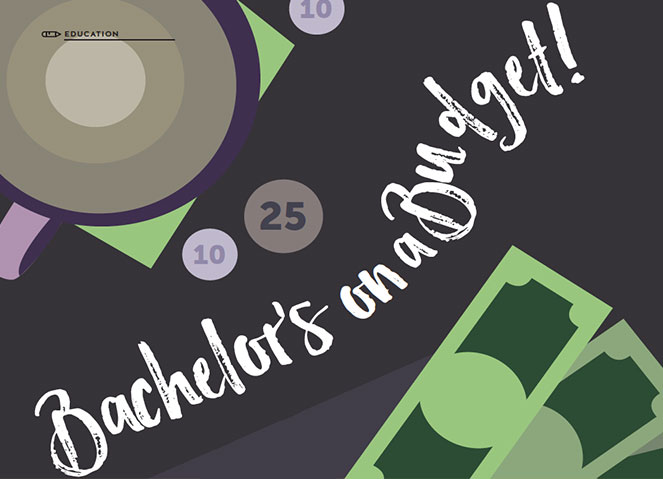 4 Year Degree Doesn’t have to Break the Bank

There is no question that in recent decades the cost of education has risen significantly. Every year, students go into thousands of dollars of debt to further their education and hopefully find a job after earning their four-year college degree. For even more people, the idea of pursuing a four-year degree is simply unreasonable; many people do not qualify for financial aid and are forced to pay college tuition out of pocket. With price tags that can easily reach over $20,000 a year, paying for college is a very costly endeavor. Luckily, this does not have to be a reality experienced by students in the Rio Grande Valley.

South Texas College is currently one of three community colleges in Texas that are now offering bachelor’s degree programs for their students. The programs are accredited by the Southern Association of Colleges and Schools, which certifies traditional four-year universities in the southern states. South Texas College is currently offering four different bachelor’s degrees, all of which “are in disciplines with exceptionally high levels of projected job growth,” according to Kevin Peek, chair of the bachelor of applied science in organizational leadership program at South Texas College. The Rio Grande Valley is rapidly becoming a regional medical center, with hospitals and healthcare facilities proliferating at an unprecedented rate. The medical and health service management program prepares graduates for lower and mid-level management positions in this industry. The Bureau of Labor Statistics projects favorable job market growth during the next 10 years as our economy becomes increasingly more service- and technology-driven. South Texas College offers degree programs in computer and information technology and technology management, which will help ensure our residents have an opportunity to join the field. The fourth bachelor degree program offered by STC is organizational leadership.

Many students attending South Texas College are non-traditional in the sense that they are returning to school later in life and often have to work around busy work and family schedules. It is this reason that all of the courses are offered online, but most of them may be taken in a traditional classroom, as well.

“The online option is particularly convenient for working adults who might not otherwise have access,” Peek said. All four programs have the option of participating in a seven-week semester, which finishes in half the time of a traditional semester. The CAAP evaluative exam taken by all the graduates verifies the quality of the programs at STC.

“Our graduates perform just as well in the job market and, in many ways, better than their counterparts from traditional universities,” Peek said. South Texas College students have gone on to successfully complete master’s and doctoral degrees in universities ranging all the way from institutions in the UT and Texas A&M systems to George Washington University.

According to Online U, South Texas College offers “the most affordable online degrees in the country.” For example, the bachelor’s degree in organizational leadership costs a flat rate of $750 per semester for all classes in which the student enrolls; the flat rate of this degree makes it very affordable, especially given the fact of it “normally [costing] less than $10,000” for the four-year degree, according to Peek.

“In other words, the cost of completing this degree from beginning to end is equivalent to the cost of one year in a traditional four-year university,” he said.