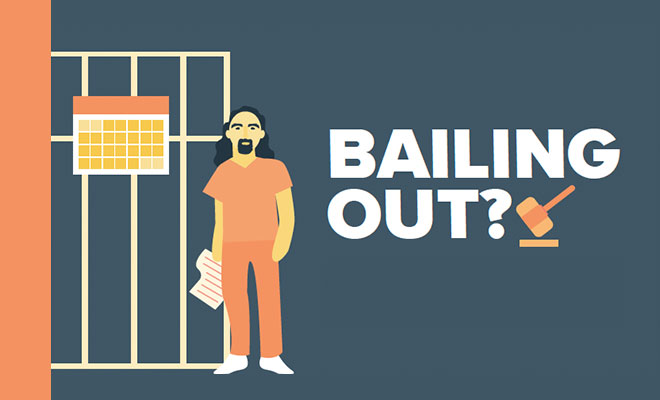 Picture it: Your house is broken into, and your valuables stolen. The individual arrested on suspicion of committing the crime can’t afford bail, and is released without having to pay on a personal recognizance bond — a promise to later appear in court. But the individual doesn’t appear, and the crime goes unpunished.

This scenario is more than just a possibility, says Claudia Cantu-Flores, co-owner of A-Cantu Bailbonds in McAllen. Situations like it are already happening across the country as states move to eliminate commercial bail bonds or enact other changes to the system in so-called bail bond reform efforts.

“Bail bondsmen aren’t against personal recognizance bonds or any of these programs,” Flores said. “They just want the appropriate assessments taken prior to individuals given almost these get-out-of-jail-free cards because then how will they learn their lesson?

“At the end of the day, you’re dealing with a crime being committed, so you’ve got to have some kind of accountability to check these people.”

Cantu added that many times, bail bond reform is framed as a “rich versus poor” argument in which people who can afford bail get out of jail, and people who can’t pay languish.

“There’s no assessment of need or being poor” when bails are set, he said. “If you set low bonds, affordable bonds, then we could still supervise people. Then you won’t just be slapping them on the wrist.”

State Rep. Terry Canales, D-Edinburg, has been monitoring bail bond reform issues across the nation and as they arise in Texas — especially in his role on the House Committee on Criminal Jurisprudence as the latest session of the Texas Legislature begins in January.

In the last legislative session, a bill the House didn’t pass would have required judges to determine within two days whether someone accused of a nonviolent crime would be eligible for a personal recognizance bond.

In August, Texas Gov. Greg Abbott announced the Damon Allen Act, a proposal that would set bond amounts to match the accused’s threat level. Abbott’s plan would have judges and magistrates be informed of defendants’ complete criminal history, take into account the level of threat to law enforcement, and create a statewide management system to access this information.

“Undoubtedly, we need to better ensure that bond amounts better match the threat of the accused,” Canales said. “Right now, many of our judges are flying blind without the full criminal history of the people they are setting bond for.”

That doesn’t mean that lawmakers should rush to pass reform, he said. In fact, Canales says he perceives confusion and apprehension among his peers in the Legislature on what it might mean to release more people from jail in a quicker timeframe.

“Our Texas bail system has existed since the founding of this state, and we need to continue to study the issue and make sure that we cautiously move forward on any kind of reform,” Canales said. “We could create more problems than we seek to solve if we do not get these changes right.”

Canales says he’s looking to avoid problems that other states have run into when trying to pass bail bond reform legislation.

“Talk about risk assessment tools in this country has proliferated despite substantial criticisms that the tools depend upon and reinforce racially biased data and that the tools’ accuracy is overblown or unknown,” he said. “Again, more data-driven research and careful analysis should be done when potentially implementing a risk-assessment based bail bond reform.”

Texas has one of the highest incarceration rates in the United States, Canales pointed out, and it’s a costly issue. Fewer people should be jailed for low-level crimes, like possession of small amounts of drugs, he said.

“Jail overcrowding is a huge problem for Hidalgo County, and I know that this problem is not unique to this area and that others are also concerned,” he said. “Many local jurisdictions are looking at solutions to fix their overcrowding problems. Bail reform has been one of the approaches, but there are many other solutions the legislature should be looking at, as well.”

One such solution came in the form of House Bill 351, which Canales passed last session. The legislation aimed at reducing the number of people going to jail for inability to pay fines.

“This is an example of the kinds of smart changes we should be making that will end up with less people behind bars,” he said. “Running our county jails is expensive, costing us more than $60 a day to house each prisoner. We should be diverting more people from even reaching our jail.”