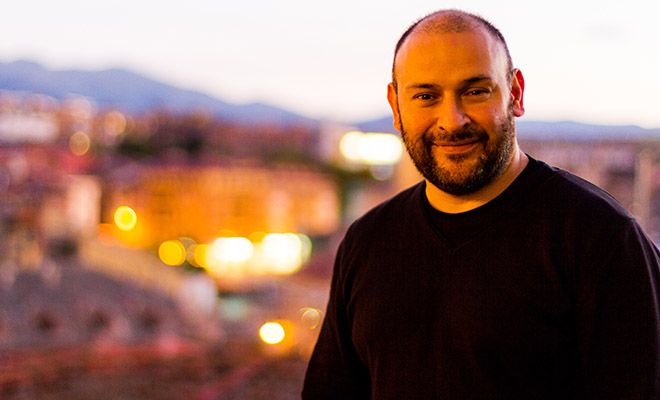 Returning home to the Valley, international travel photographer Samuel Garza will premier his work on December 6th and 20th in collaboration with Weslaco Museum. The unveiling will be followed by the inspirational story of Garza’s quest to enrich his life, and how that unfolded into helping others evaluate their own lives from a new perspective. The evening will culminate with a glimpse behind the stories each image holds.

As a young boy, Weslaco-born Garza would listen wide-eyed and eager, as his father and uncles would recount stories of serving their nation overseas. As he grew, Garza had a growing desire to adventure through those places to see if they were as fantastical in life as they were in his imagination. Leaving the Valley, a place Garza describes as culturally rich and dynamic, Garza set off on a journey across the state, the nation, and the world, finding himself along the way.

Garza took the first steps of his journey fresh out of Texas A&M University by moving overseas to attend school at the University of Kent in Brussels, Belgium for his Masters degree. While there, Garza traveled every chance he could get. Upon graduating, Garza returned to America to work in Washington D.C. Garza climbed the ranks and soon found himself in highly respected suit-and-tie roles that albeit vital, wore his soul thin. After years of contending with his growing restlessness, Garza had an epiphany that would forever change life as he knew it.

Garza grasped the common thread he’d come to love through his many overseas work trips: drinking in the sites of foreign lands. The first thing in Garza’s suitcase was always his camera bag and he realized that photographing his journeys had become more than a way to spend his off-time—it had become his passion. Stepping from job security and into the unknown, Garza purchased a one-way ticket to Europe, and boarded a plane to begin his first unmapped journey.

Making his way up the corporate ladder and then deciding to forfeit his position for the relative unknown left some of Garza’s friends and colleagues baffled. From warnings that his decision was professional suicide to being told flat out that he’d stepped off the deep end, Garza had to internally contend with his choice to abandon the comforts of what so many people work a lifetime to achieve. His professional mentors applauded him, and his parents supported his decision, seeing the spark that was long extinguished by the corporate grind return to their son’s eyes. Garza intimates, “It was a hard reality check when the authenticity of my personal and professional relationships were put to the test as I made these decisions for myself. Although difficult, it was a valuable experience that helped me learn with whom I should devote my time and allegiance.”

After his first year as a professional photographer, and more exploration, Garza’s friends and fans urged him to assemble his stories and images to share with others as he had with them. Garza did so, putting his lecture skills to use and creating a presentation that guides people through moments of self-evaluation and offers insights into each image in his showcase.

“Sam’s images offer exciting perspectives and breath-taking vistas,” says Weslaco Museum Director, Geoffrey Alger. “I feel like I’m stepping out on a balcony and seeing it myself. The sense of realism—of really being there—is overwhelming.”

Garza confides, “It was a tough journey to mentally bring myself to a place where I could pursue my passion without guilt, but now I can turn down recruiters without beating myself up about it—I’m meant to be here, funneling the best parts of our world to others and carrying a message with it that inspires others to live with intention.”

“The pictures that are worth a thousand words—” Garza adds, “I want to be an influence in that conversation and take it beyond convention.”

And just what’s beyond the thousand words a picture holds? Just ask Samuel Garza, and you may never look at life in the same way again.

Garza’s exhibit, Behind the Images: A Quest for Perspective will take place at Weslaco Museum from 6:00 – 8:00 pm on Saturday, December 6th and 20th.

Advanced tickets may be purchased by December 1, 2014. The event will include wine, beer, and door prizes. Images will also be available for purchase.

To learn more about Garza’s images and travels, visit his website: www.samueljgarza.com or visit his event page at http://www.historyhiker.com/events/