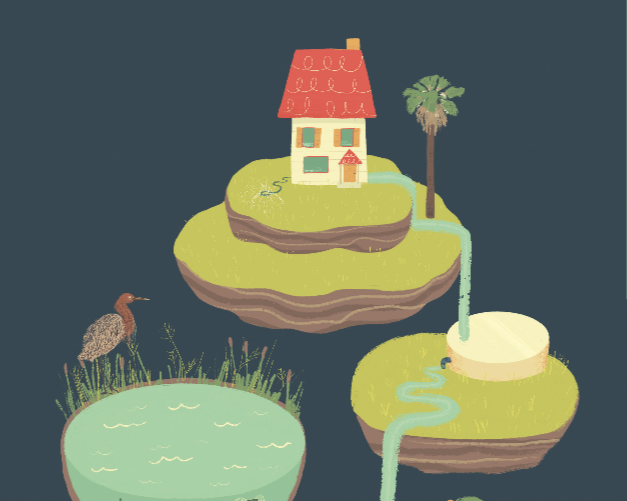 It’s hard to imagine now, but when Joe Sanchez first ran for mayor of Weslaco in the 1970s, he vowed to eliminate the many outhouses located throughout the city.

He won, and eventually fulfilled his promise to hook up all residences to a central sewer system.

Sanchez arguably started a massive project that continues to this day in the Rio Grande Valley: developing an infrastructure of water delivery and wastewater treatment that are both efficient and environmentally friendly.

Without such systems, the economy and quality of life here would suffer, experts say.

The Valley’s original water delivery system was constructed by land companies in the early 1900s. It consisted of some 50 pumphouses along the Rio Grande that pushed water via canals from the river to agricultural fields.

At its peak, the system was irrigating 1 million acres of land and was considered the largest privately owned irrigation project in the world.

Successful farming brought in outside cash, which led to the development of banks and commerce that eventually created the explosive economy and population growth we’re seeing today.

Along the way, agriculture’s irrigation system was burdened with added duties it was not designed for: providing water to municipalities and industry.

In times of drought, the antiquated water system was deemed wasteful and inadequate. Outhouses and crude open-pit sewer systems would no longer do.

Cleaning up our act

While it’s not often mentioned or sexy enough to grab headlines, the impressive saga of the Valley’s booming economy, commerce, and population is also the impressive story of updating and upgrading its water delivery and wastewater treatment infrastructure.

Untold millions have been spent on this massive project and many more will be spent as the Valley slowly but surely catches up to where its infrastructure should be.

Jaime Flores, a younger relative of Joe Sanchez, who vividly remembers his plan to improve Weslaco, has also played a major role in the Valley’s infrastructure upgrade. He coordinates the efforts of state, federal, and local agencies, as well as stakeholders, to contribute funds, input, and strategies.

Flores is the watershed coordinator of the Arroyo Colorado in South Texas for Texas A&M’s Texas Water Resources Institute.

He’s been on the job 10 years and says the progress he’s seen during that time has been remarkable.

“Since I’ve been in this job,” Flores said, “about $150 million has been spent just on upgrading sewer treatment plants in the Valley.”

He said the city of Alamo is the most recent, and one of the last, cities in the Valley to convert to what’s called a mechanical treatment system.

“These modern systems replace systems that were the vestiges of the 1950s and ’60s when cities would dump their sewage in an open lagoonal system and treat it with chemicals,” he said. “Those systems were very large, smelly, unsanitary, inefficient and not environmentally friendly.”

Flores said until now, the Valley’s antiquated infrastructure had always been about 30 years behind other large metropolitan areas of Texas.

“But we’re catching up to areas like San Antonio, Houston, and Dallas,” he said. “And it all goes back to new rules and regulations by the state that improve the quality of water and effluent produced by water and waste treatment facilities.”

The state can impose stiff fines on cities that fail to meet the new standards.

“But in many cases, if there is a violation, the state can offer the city alternatives,” Flores said. “In lieu of paying a $5 million fine, for example, the city can invest that money in a modern sewer system in order to meet the new effluent limits.”

Flores said many other Valley cities have upgraded their sewer treatment plants and it’s starting to show. For years, bacteria levels in the Arroyo Colorado had consistently been on the increase.

“For the first time, bacteria counts have finally leveled off,” he said. “There is light at the end of the tunnel. We can no longer afford to remain uneducated and stuck in our old ways.”

Cleaning up the arroyo

If the Rio Grande is our only source of potable water, or tap, the Arroyo Colorado, which runs 90 miles from near Mission to the Lower Laguna Madre, serves as the Valley’s “drain.”

The estuary in the lower 25 miles of the arroyo is an important nursery for many fish, crab, and shrimp species.

But after years of receiving pollutants as it drains water from the Valley to the Gulf of Mexico, both the arroyo and the bay are on the state’s list of impaired water bodies. Flores has led impressive efforts to reduce their bacteria levels. 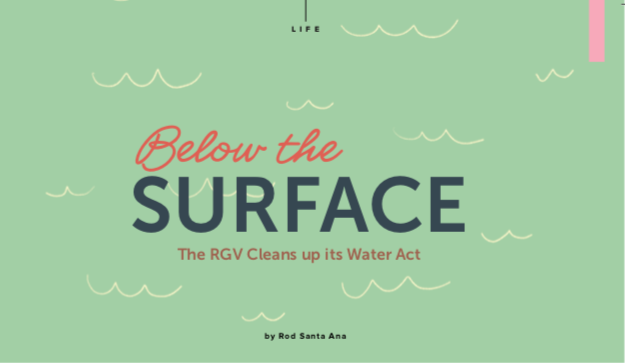 The Rio Grande has come under tremendous pressures recently from drought, climate change, a rapid population growth, and a lack of inflows from Mexico.

But farmers, the Valley’s largest water users, have become much more efficient in their use of the precious liquid.

Collaborative efforts among agricultural agencies of the Texas A&M University system, irrigation districts, the TWRI, and others have led to the widespread use of better farming methods and technologies that help save water.

“Irrigation districts have made great strides in lining many miles of canals, and building pipe systems to avoid seepage,” said Dr. Juan Enciso, an irrigation engineer at Texas A&M AgriLife Research in Weslaco.

“These districts have also invested in automatic gates to accommodate supply and demand while increasing the reliability of the delivery system,” he added. “Farmers now level their fields routinely to irrigate more efficiently and avoid deep percolation and water runoff. They’ve also gotten away from using earthen ditches in their fields and instead use flexible plastic pipes.”

Enciso said these efforts have not only saved countless acre-feet of water over the years, growers have actually seen a surge in productivity.

“Farmers know they need to protect the environment by reducing sediment and fertilizer loadings in agricultural runoff that could wind up in the Arroyo Colorado,” he said.

Victor Gutierrez, a TWRI AgriLife Extension assistant, said his office has worked for years with growers on a soil campaign to reduce the use of fertilizers.

“With free soil testing to determine nutrients already in the soil, growers can see for themselves that adding extra amounts of fertilizer other than what is recommended may be a waste of money that won’t considerably increase crop production. That helps reduce runoff contamination.”

“My standard answer is that there is no water crisis, per se,” he said. “There are just competing interests for water, and on top of that, a natural situation where climate causes variations in how much water is available.”

That constant pressure, Tracy said, forces us to make decisions on how to manage the water we do have. Therefore, it’s important to have the proper tools in place to get through the current pressure, as well as those that will inevitably come in the future.

“I can tell you by looking at hard data on water availability and use, which is released every five years by the U.S. Geological Service, as a country and a state such as Texas, we are using less water than we did 20 years ago in each water-use sector, including industrial, agricultural, municipal and others,” Tracy said.

We are using less water even though crop production is higher, the economy is larger, and the population has increased compared to 20 years ago. How is that possible?

Tracy said the answer lies in the fact that water was more plentiful and cheaper 20 to 40 years ago and evaluating waste was not worth the effort. 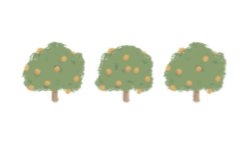 “The quickest way to waste water is to not measure what you’re using,” he said. “So, the first step toward a better water future in the Lower Rio Grande Valley is just data — measure everything: what’s coming out of the river, how much is agriculture using, how much are municipalities using, how much is going into homes, everything.”

Tracy said unlike the past, it is now relatively cheap to gather and store massive amounts of data, and by measuring where water is being wasted, steps can be taken to stop it.

And that reduction in water use will continue even in times of plenty. People, he said, have an amazing ability to adapt if they know where water is being wasted.

“If we look back 30 years at what the projections were of water use per capita today, we can see that that didn’t materialize,” he said. “Why? Because people are now more aware, thanks to technology, of water use. People will not pay for something of zero value if they’re made aware of where their water is being wasted.”

Another growth explosion is coming

Tracy said studies clearly show that the Valley’s economy and population growth in the future will become an even greater significant sector of the state’s overall economy.

“So we need to get this water situation right,” he said. “Not only is the Valley population growing, the skill set is moving from day labor to blue and white collar jobs as well as in technology, all underpinned by agriculture.

“So we need to manage our water quantity and quality issues correctly in order to support the huge economic growth that’s coming.”