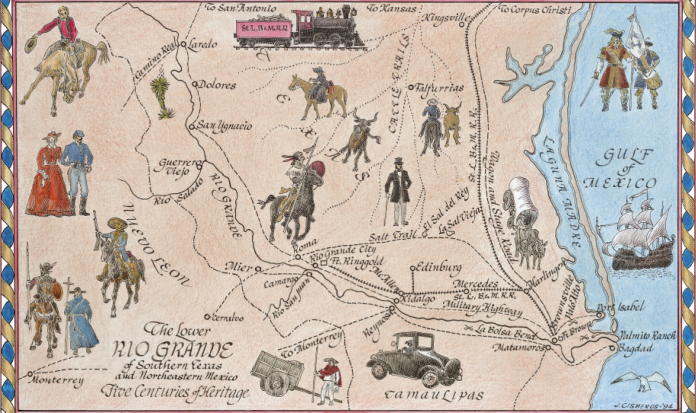 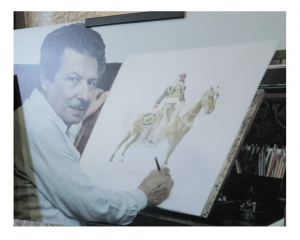 José Cisneros was an artist born in Mexico before the Mexican Revolution in the early 20th century.

He eventually moved to El Paso as a young adult. According to Melissa Peña, exhibits and collections coordinator for the Museum of South Texas History (MOSTHistory), that’s where he really started creating art.

“He was very famous for his historical pieces,” she said. “He put a lot of research into every piece that he made.” 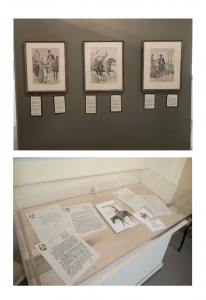 Cisneros died in 2009 at around 99-years-old. His work focused a lot on horses, which were one of his favorite things to draw.

“He does an amazing job at that,” Peña said. “He also really focused on cattle. Those are the two animals he was known for; he also drew a lot of cowboys.”

Cisneros’ artwork focused on the use of pencils and ink. He would then go back and color in with colored pencils. An interesting fact about him is he was colorblind. So, all of his color pencils had to be labeled.

“A lot of times he looked to his wife and his five daughters to help him choose the correct color,” Peña explained. “But if you look at the artwork around the exhibit, a lot of it has very pink undertones, and that goes back to his color blindness.”

Most of the artwork has pink skies. 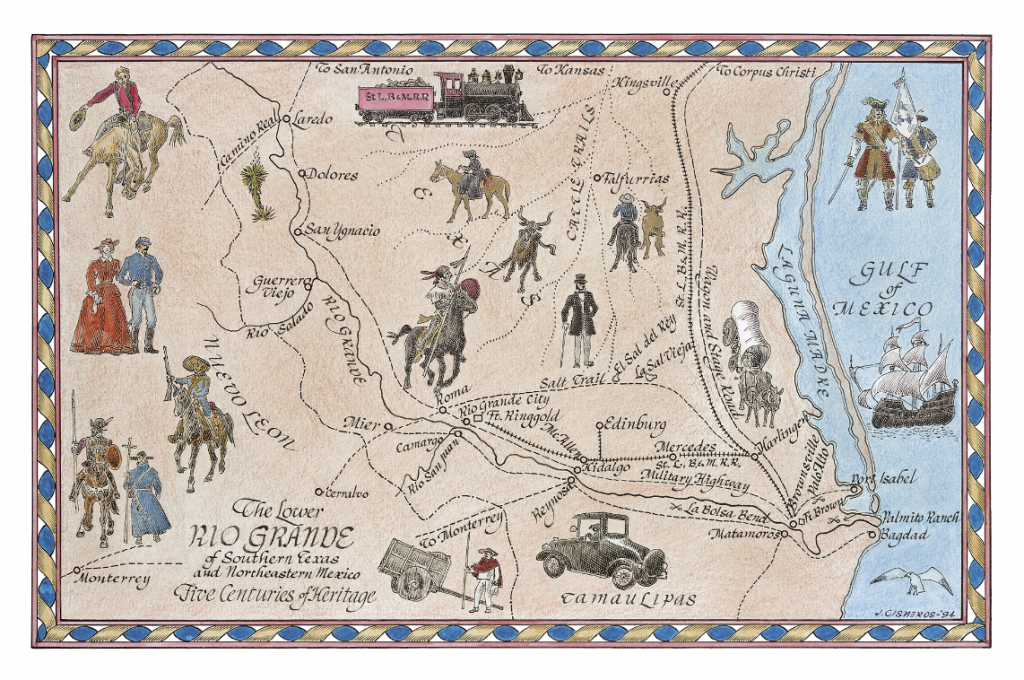 “‘Borderlands’ was created around the art that’s here at MOSTHistory,” Peña said. “The museum, at the time, sent Cisneros passages of historical time periods, and then he illustrated those for us. 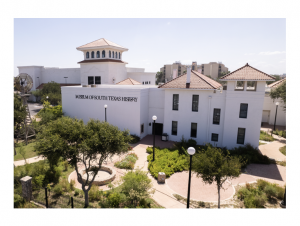 “We started working with him in the mid-90s, and the book was published in the early 2000s. We actually have the largest collection of Cisneros’ art. It’s different in that it is illustrated in pen and ink.”

Peña added Cisneros used a crosshatch technique in his way of creating art.

“We commissioned him to do these pieces, so it’s not like anything else we have here at the museum,” she said. “I want people to come in and, first of all, just really appreciate his work and then appreciate the history that goes through it.

“It really does encompass the history of the Valley. It’s a timeline of our history. It starts off prehistory, and then just moves its way through colonization and settlements and ranching. It’s just really beautiful to see the Valley’s history illustrated.”

The exhibit has, in conjunction, an app that showcases colorblindness. Visitors can see the exhibit without the app, and then download it to see what Cisneros would have seen.

“It’s just a very interesting take on the color of everything and how it differs once you take out that ability to see every single color,” Peña said.

“Borderlands” is located in the 1910 Jail Cell Block Gallery and will be up until June 4, 2023. Visit mosthistory.org/events for the latest information on this exhibit.