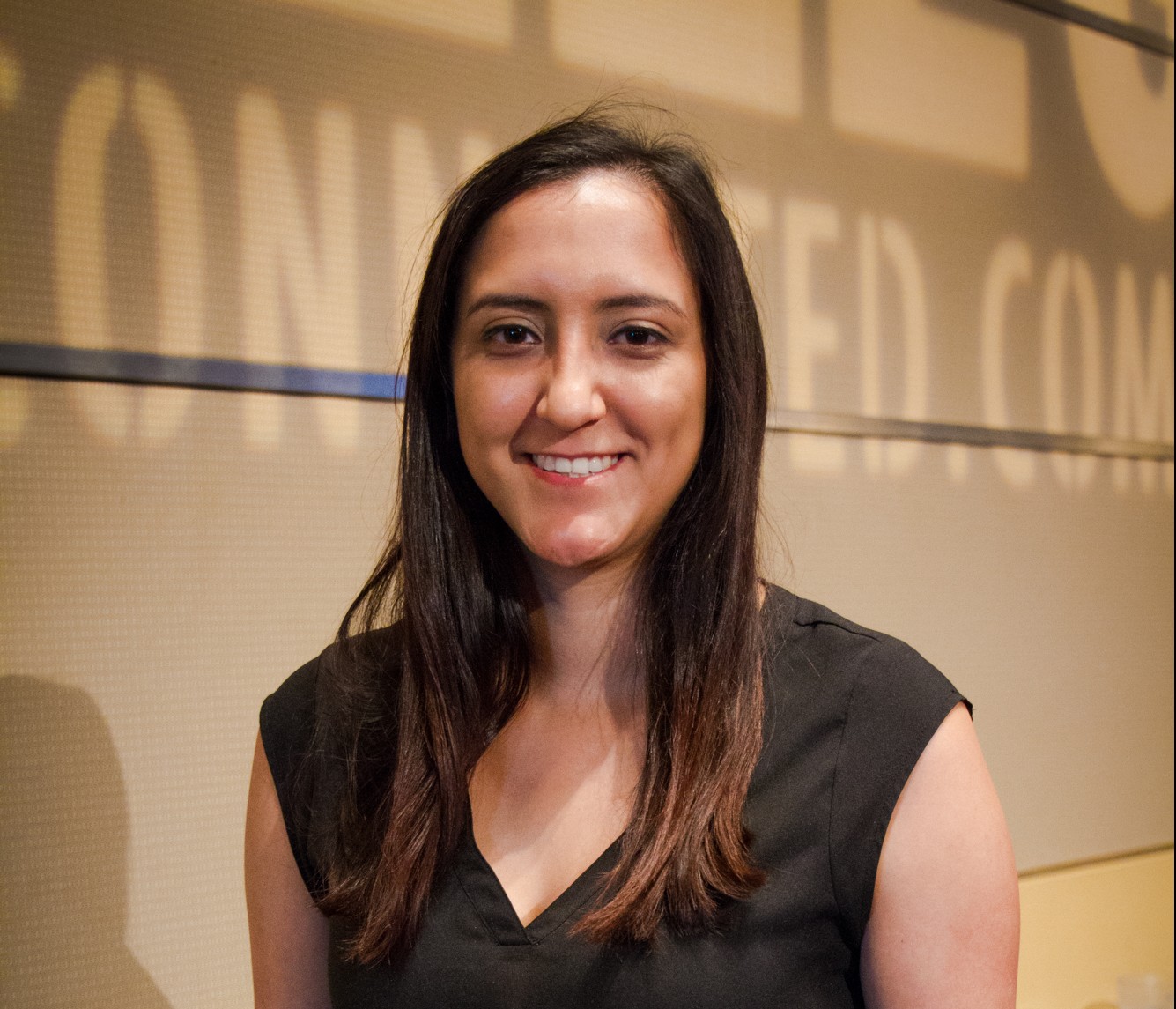 When asked about what she defines as impact, Cecilia Corral— a Pharr-San Juan-Alamo ISD alum and now Stanford University graduate— says addressing health disparities and making a difference in underrepresented communities are one of the first things that come to mind.

Corral first graduated from PSJA High School in 2008. She was one of the first students to participate in the school district’s early college initiatives with South Texas College, where she received an Associate Degree in Engineering. Thanks to her hard work, she earned a full-ride scholarship to Stanford University where she graduated in 2012 with a Bachelor’s Degree in Product Design Engineering.

Today, the proud PSJA alum is the Vice President and Co-Founder of CareMessage, a nonprofit organization based in San Francisco that empowers healthcare organizations with mobile technologies to improve health literacy and self-management. Her company is supported by numerous philanthropic foundations including Google.org, Stanford University, Goldman Sachs and the National Institutes of Health, to name a few.

Although she is considered a success story for the PSJA school district, Corral admits that her journey to get to where she is today was not easy.

Born and raised in San Juan, Texas, Corral had a humble beginning. According to the 25-year-old, witnessing her family struggle inspired her to commit to her education at a very young age.

“My family came here from Mexico when I was one,” Corral recalled. “Growing up my parents struggled a lot, they sold at the flea-market. My dad was a mechanic and he had to do a lot of things just to make ends meet.”

As a result, she knew education was the key to helping her family. Passionate about science and engineering, she grew determined to learn as much as she could at school.

“I was a student at PSJA all of my life,” said Corral with a smile. “My junior year, when they started to open the classes at South Texas College, I was one of the first students to go into the engineering academy.”

Realizing her passion for engineering, she decided to pursue that field further thanks to the support of mentors and teachers.

“In middle school I had this incredible math teacher at PSJA who encouraged us to learn for the sake of learning,” Corral said. “As a I started researching what I wanted to do, I realized that engineering could be a way to design products and services for populations that weren’t designed for.”

According to the entrepreneur, she is grateful for the opportunities she received at PSJA and is happy to see that the school district’s early college programs have grown since then.

“Ultimately, PSJA supported me in pursuing my dreams,” said Corral during this years 2nd Annual “PSJA College for All” Conference where she served as a panelist. “I am glad to see that it’s now an early college model.”

Currently, there are more than 3,400 students enrolled in PSJA’s eight Early College High Schools.  The district’s comprehensive, innovative approach and proven results have garnered the attention of the New York Times and PBS, among other national publications and media outlets. A broad array of politicians and educators including the Obama Administration, U.S. Secretary of Education Arne Duncan, Clinton Global Initiative and even the Bill and Melinda Gates Foundation for implementing a comprehensive approach to drop-out prevention and recovery, as well as a systemic scale-up of dual enrollment.

Due to a high demand of educators frequently traveling to PSJA ISD to learn about its early college program, last year the school district held its first conference to offer an opportunity to share best practices and innovative designs providing all high school students with the opportunity to earn at least 12 college hours by their high school graduation, with many of them completing up to two years of college or an Associate Degree.

This year, more than 450 educators and school administrators from around the nation learned about the implementation of early college programs during PSJA’s 2nd Annual “College For All” Conference held Nov. 4-6 at the McAllen Convention Center.

During the conference, visiting educators from the PK-12 and higher education arenas had the opportunity to learn from more than 50 informative sessions and campus tours held during the three-day period. The sessions touched on various topics such as: policy and college success; establishing and scaling early college high school, back on track to college, academic rigor, providing opportunities to a higher education to undocumented and DACAmented students and empowering parents.

As a special session to close the conference, Corral along with four other successful PSJA alums, shared their stories as part of a panel.

Seeing how much her school district and community has grown and evolved, Corral said it is important to give back and advised students to never forget where they came from.

“It’s important to always think about where you come from and be willing to give back to your community,” she said. “I think at times when we talk about success we highlight mostly the highs, but there is definitely a lot of lows that come with that and a lot of challenges and struggles.”

For Corral, being a woman in the engineering field, Hispanic and a first-generation college student is sometimes difficult.

“It’s a little bit hard because there are not a lot of women, Latinas or people of color in engineering,” said Corral nostalgically. “A lot of times I look around in a room and there’s no one that is remotely like me. That can definitely be a little bit scary.”

According to the Stanford graduate, she believes stereotypes are instilled in girls at a very young age.

“I do a lot of research on what is keeping women and Hispanics out of engineering,” Corral explained. “Unfortunately, a lot of it starts in elementary and middle school when girls start to think that they’re not good at math. Sometimes there are even teachers who perpetuate that stereotype. I feel very fortunate to have had a lot of support from teachers at PSJA all through high school and middle school.”

Despite the stereotypes she faces every day, she says her challenges inspire her to keep moving forward.

“It’s difficult at times and makes my job difficult,” she sighed. “But at the same time it keeps me motivated to be a role model for girls. Ultimately not everyone is going to go into engineering or technology, but I want girls and women to know that they can do anything they set their minds to.”

Due to her experiences and life lessons, Corral advices all students wanting to pursue a higher education degree to not give up on their dreams and work hard.

“I was the first one in my family to leave the Valley,” said Corral. “Ivy League education isn’t for everyone, but I think there is something valuable in entrepreneurship and promoting that to students. We need to let them know that there is a lot of paths to their end goal.”