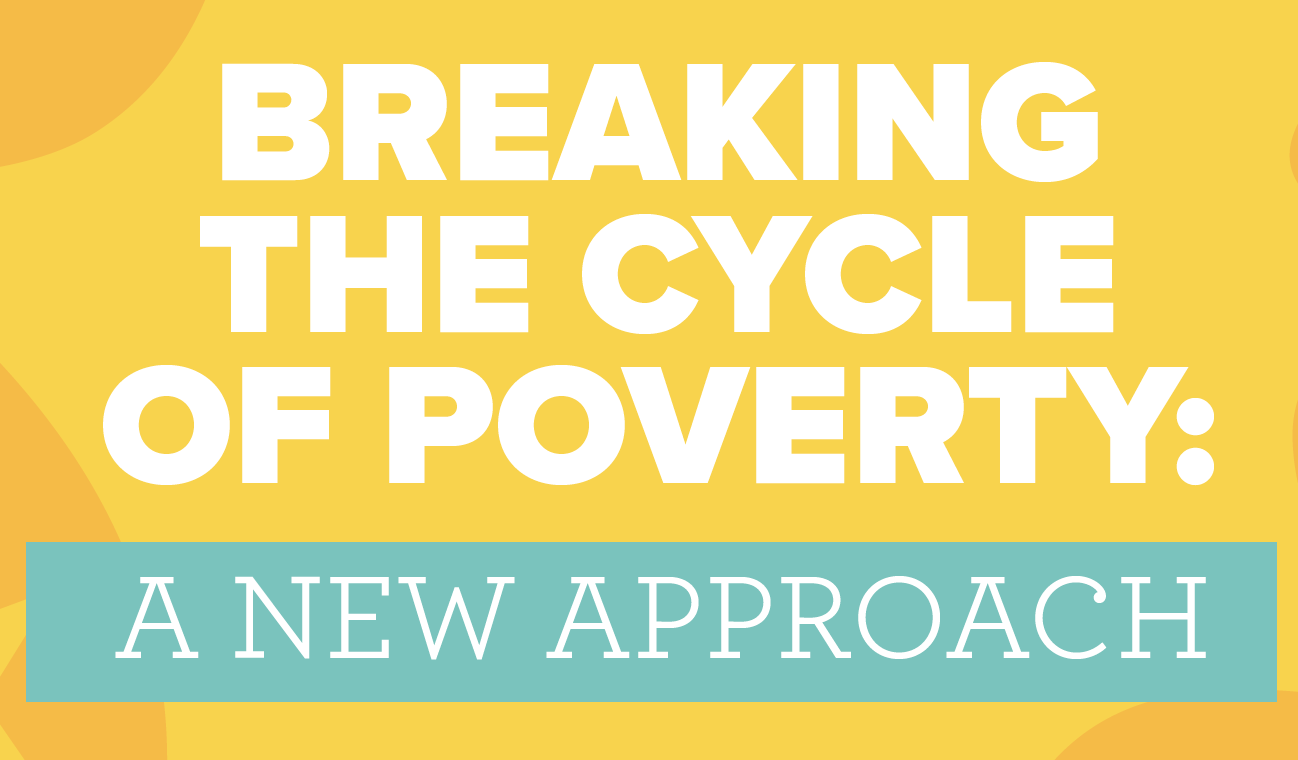 Sabrina Walker-Hernandez has a big, audacious goal. It took root in her mind last May, when she attended an executive leadership program at Harvard. Her plan is to break the cycle of poverty in Edinburg and the surrounding communities, starting with the youth. With a problem that big, she knows that a mindful approach to the underlying causes would be needed.

Walker-Hernandez is the CEO of the Boys & Girls Clubs of Edinburg RGV. She and her team started researching factors that impact poverty.

“There are three things that you can control that will eliminate poverty,” Walker-Hernandez said. Several studies have shown that, regardless of race or location, if you graduate from high school, obtain a full-time job, don’t have children before marriage, and wait until you are 21 before marriage, you will have a 97 percent chance of avoiding poverty.

The Boys & Girls Club of Edinburg RGV already has a history of helping local youth graduate from high school, but Walker-Hernandez realized that they would have to be more intentional in their programming in order to improve, as well as changing the other two elements for many of the young people in the area. Specific goals in each area were set, as well as a plan to achieve them.

“We are going to help increase the graduation rate by 5 percent, we’re going to reduce the teen pregnancy rate by 10 percent, and we’re going to build a teen innovation center which focuses on STEM jobs, including vocational things,” Walker-Hernandez said.

Walker-Hernandez believes that reducing the teen pregnancy rate is going to be the most challenging because it involves fighting people’s personal beliefs. Many people think that teens are all having sex, but according to the National Center for Health Statistics, it is not as prevalent as it may seem. The Boys & Girls Club has started offering a 10-week abstinence education program called Heritage Keepers that attempts to help young people make informed decisions about their sexual behavior. 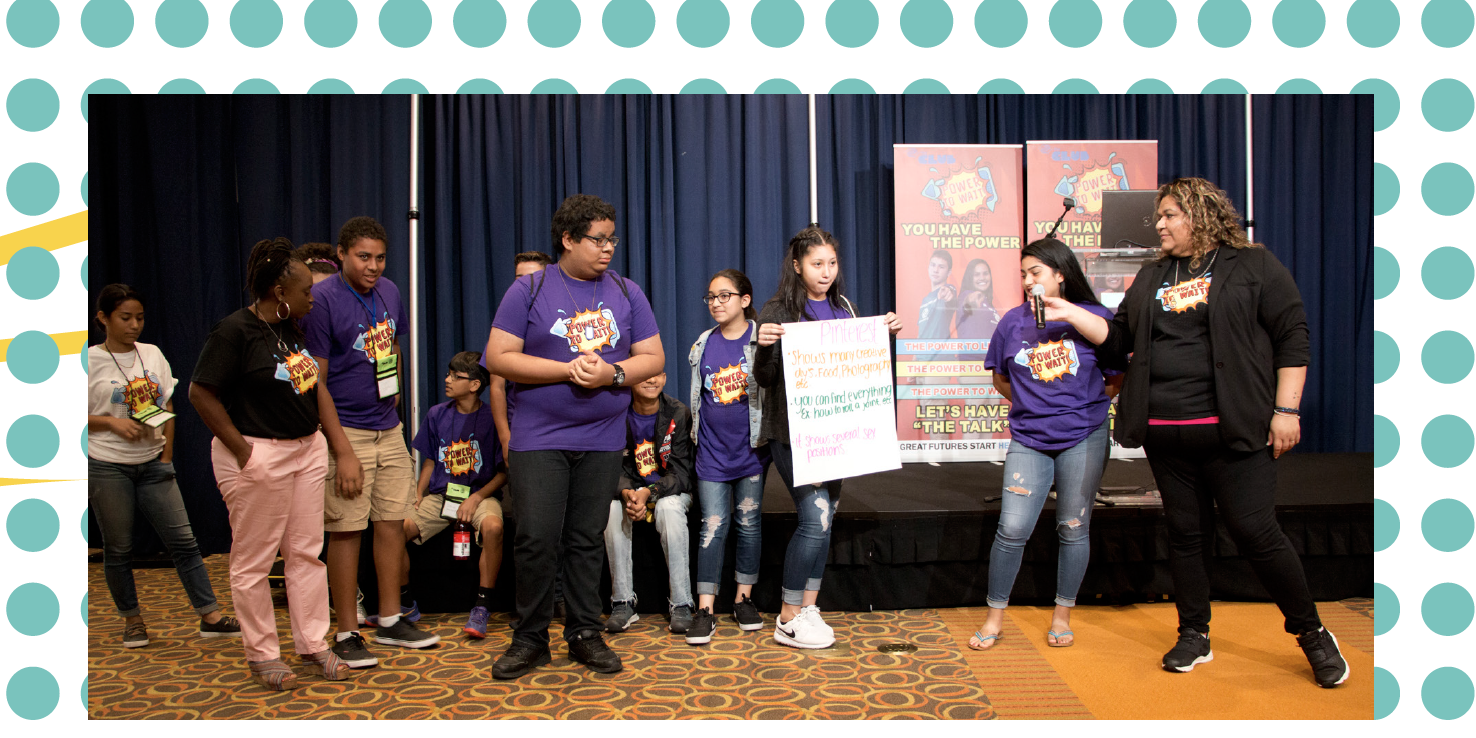 In addition to the curriculum that is offered to members of the organization, the club held a sexual risk avoidance conference for the youth and parents in the community that have not been a part of the program. The main goal of the conference was to show teens that there are other options.

“It’s not just the moral message of waiting, it is the economic message, too,” Walker-Hernandez said. “Your life will be more economically viable if you wait.”

The conference, called “The Power to Wait,” was held at the Edinburg Conference Center at Renaissance. It included a full day of sessions led by different experts in the community. There was also a parents-only session that covered current sex trends and information on how to discuss the topic of sex.

Dr. Beverly Ashley-Fridie opened by talking about goal setting and why practicing abstinence is vital to achieving those goals. Dr. Pablo Tagle led a session that focused on self-love and self-respect, and how they influence the choices you make, especially when it comes to sex. Judge Renee Betancourt discussed the internet’s impact on the way we socialize and the way we view sex in today’s world, including the legal ramifications of sexting. Pastor Vidal Muñiz covered the shift in the American family and the importance of making a conscious decision when selecting a spouse, marriage, and having kids. Sarah Sagredo-Hammond and Gisselle Mascarenhas-Villarreal led the session on love, lust, and infatuation. The participants also received medical-based information about STDs, their prevalence, and current trends from Dr. Letreise Winkfield.

More than 90 young people attended and had the opportunity to ask questions.

Walker-Hernandez noted that one interesting aspect of the conference was the attendance by a group of girls who were in the juvenile justice system. They attended as a condition of their parole or as part of their sentence.

“It was very interesting to see their perspective, and for them to see different options for themselves,” she said.

The Heritage Keepers curriculum and the Power to Wait conference isn’t just for young people who have never had sex. It is about educating the youth and empowering them with the ability to make good choices no matter where they are in their lives.

“You get to hit a reset button and start again,” Walker-Hernandez said.