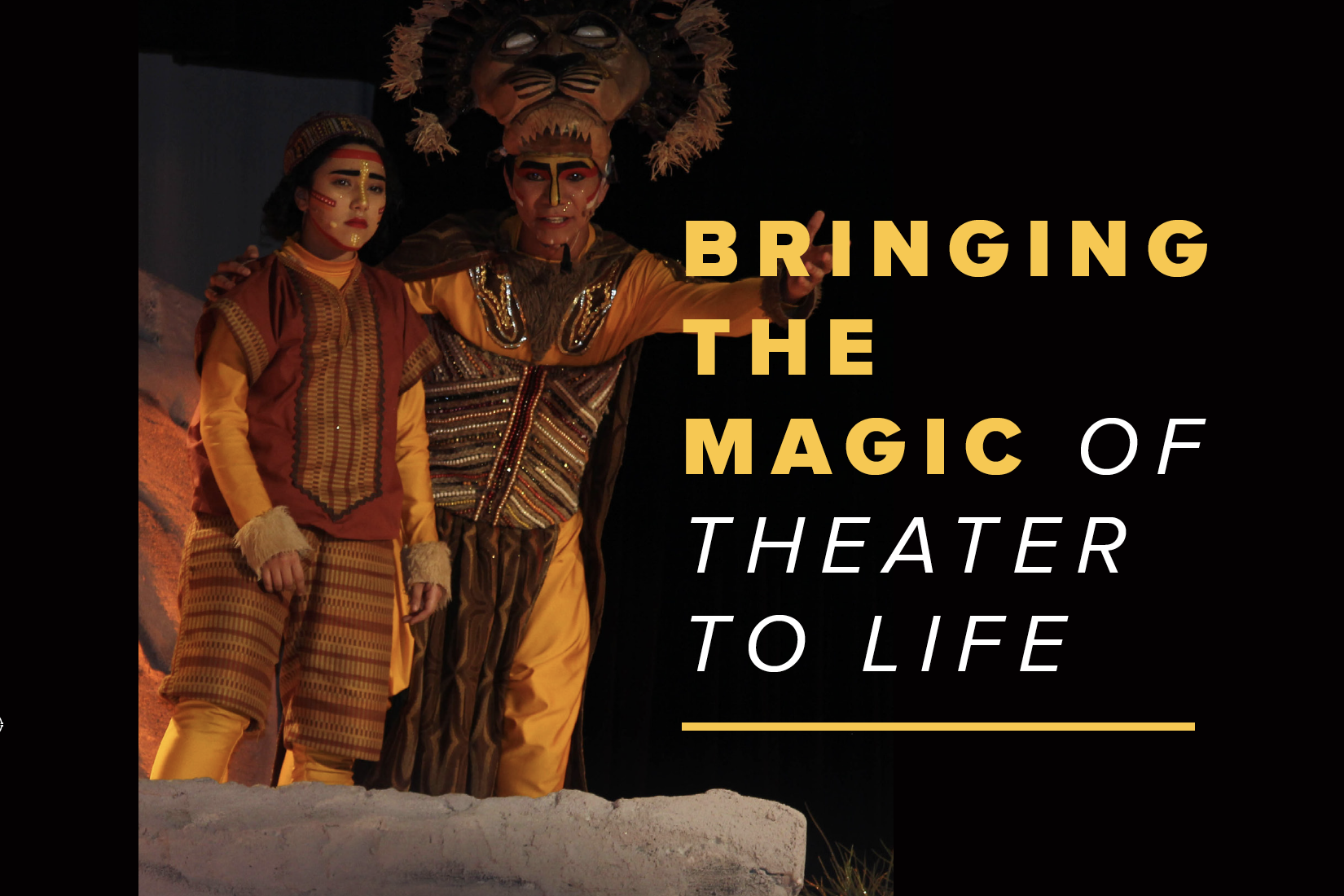 More than 5,000 community members stepped into the circle of life this winter as they witnessed PSJA North Early College High School’s magical live-theater production of Disney’s “The Lion King, Jr.” The show ran throughout the month of December and was held over for two special showings this month by popular demand.

With a multi-grade level cast, including high school and middle school students, PSJA North brought this play to life on stage for the first time in PSJA ISD history.

For Jacqueline Zepeda, PSJA North drama director, putting on such a production was an incredible task, as more than 400 students auditioned for the show last summer. In the end, only 180 students were cast, and of these, 30 were LBJ Middle School and Liberty Middle School students.

“It was amazing to see our students so excited to do the Lion King,” Zepeda said. “This play had a lot of singing and dancing. Students had to learn to not only maneuver large puppets, but also to act with them.” 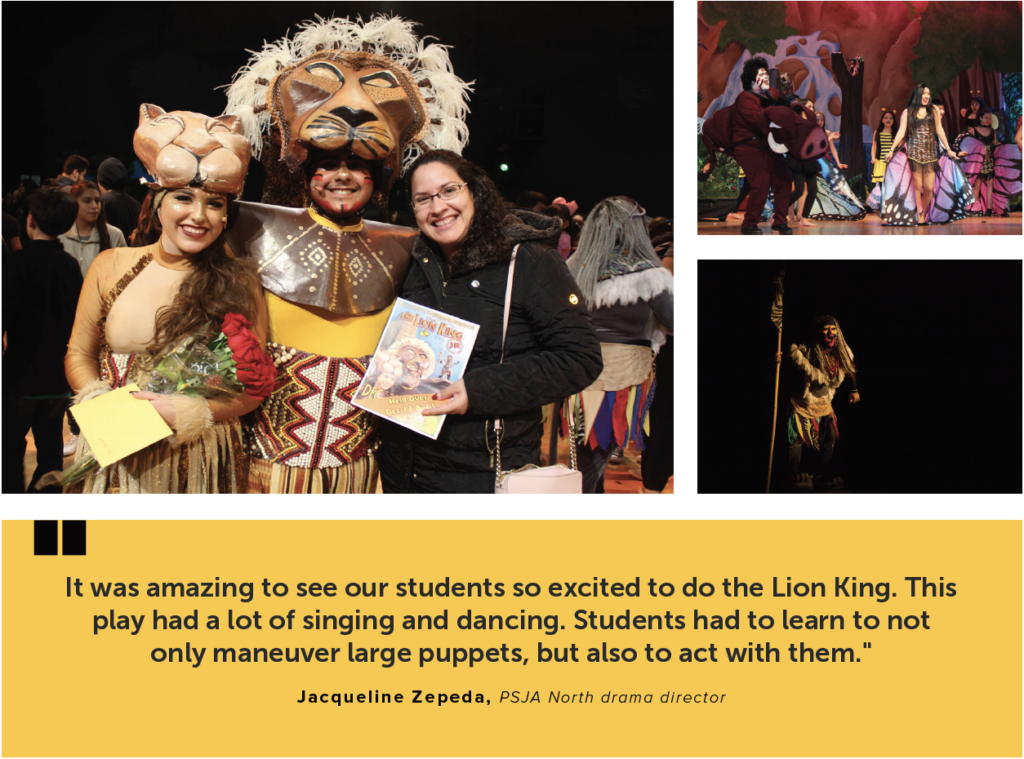 While putting on an annual Children’s Show for the community is a tremendous feat, PSJA ISD theater students appreciate the love they receive from the community after every showing, making the countless hours of rehearsals worthwhile.

“Playing Timon was amazing,” said Roman Casillas, a junior at PSJA North ECHS. “It’s always great to see the kids smile and laugh. I love getting to work with so many incredible people.”

In addition to loving to play the heroes, students also get a kick from bringing antagonists to life. For senior Heather Medina, getting to play a lead hyena was an unforgettable experience.

“Playing a villain was definitely unique,” said Medina, who in addition to having a lead role in the production is also pursuing an associate degree in interdisciplinary studies from South Texas College. “As much as we get boos from the kids, we also get laughs. It’s surreal to have such a connection with kids on stage.”

This year’s production gave many younger thespians an opportunity to create magic on stage. Such is the case for Nancy Forcier’s daughter Madelyn, a seventh-grade student from LBJ Middle School who got to play young Nala.

“As a parent, we are so proud to see Madelyn playing a lead role on stage next to high school students,” Forcier said. “Being a part of the children’s shows so young has helped her gain confidence, taught her dedication, and earned her so many invaluable friendships.”

Just like PSJA North, its sister schools also incorporate their theatrical talents through similar productions. This year, PSJA Early College High School did “Beauty and The Beast,” PSJA Memorial brought “The Addams Family” to life and PSJA Southwest put on “Aladdin.” Children’s Shows at PSJA ISD have become a tradition for families in the school district and surrounding communities that go as far back as the late ’70s when they were first started by Gilbert Zepeda Jr. at PSJA High School.

“As a parent, I love the PSJA Theater Program because it’s amazing to see kids from different backgrounds work together to create something great,” Forcier said.

Having experienced the magic of theater throughout their four years of high school, for many graduating PSJA seniors, the end of the Children’s Show season is bittersweet.

“Being a part of the PSJA Theater Program has been one of the best experiences I have had in my life,” said Medina, who plans to pursue a career in the medical field. “I am going to miss my PSJA family so much, but I have learned that I can dream as big as I can and make them all come true.”