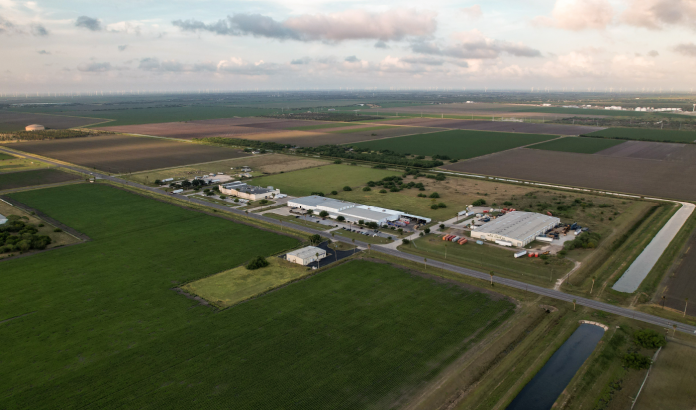 The Harlingen Economic Development Corporation could soon be hanging out the for-lease sign on a number of industrial properties that are currently being updated for future occupancy.

“We understand that the market for industrial space is scarce in the Rio Grande Valley, and really scarce here in Harlingen,” Garza said. “A lot of the [business] prospects that we are missing out on are prospects that require very large square footage.”

Wayne Lowry, executive director at SOG Properties LLC, has been involved with the Harlingen EDC’s speculative building program, which provides tax abatements or incentives to developers who take on projects that provide commercial workspaces or industrial work spaces in certain communities. 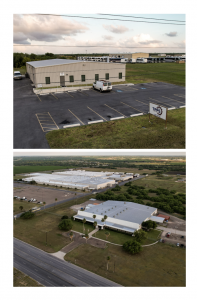 Over the last couple of years, Lowry has taken on several redevelopment projects in Harlingen that had been previously ignored by former investors. One of those was the downtown post office, which was converted to a bank building that was formerly home to Capital One Bank.

When Capital One moved, the property sat vacant for several years, allowing Lowry and SOC Properties to purchase the building and transform it into executive office spaces that have since been leased out to new tenants.

Another of those properties — the San Pedro Plaza, a fixture in downtown Harlingen for decades, had fallen into disrepair and had become something of an eyesore. SOG Properties invested in and restored the building, and kept some of its original 1930s grandeur intact with a touch of 21st-century flair, which has generated quite a bit of interest.

“Having both of those properties and seeing the level of interest in commercial office space/downtown retail told us there was interest in Harlingen,” Lowry said.

Two of Lowry’s partners were involved in several redevelopment projects in the upper Rio Grande Valley, indicating there was a lot of commercial and industrial interest in Harlingen. This interest helped create the relationship between SOG Properties and the Harlingen EDC, Lowry said.

“So far, the process has gone rather well,” Lowry said. “We feel like the HEDC has brokered a great environment for [business] growth.”

Chris Hamby, president of H2O Construction Services and a Harlingen native, has been involved in the industrial and commercial construction business for more than 20 years.

Some of his projects include the 32-acre property located at the intersection of FM 509 and FM 106, which only had a 10,500 square-foot pad at the time. Hamby added a building to the pad, and leased the facility to Trailboss Enterprises.

“I leased to them for about a year, and then sold to them,” Hamby said.

He subdivided the remaining acreage and added more industrial facilities to draw new tenants, which included Texas Plating and Polishing Solutions, and required an electrical transformer pad on the property.

Hamby has since purchased and developed several smaller industrial properties that have totaled more than 207,000 square feet since 2019.

“This shows a strong need for more industrial space in Harlingen,” Garza said. “We have very few industrial buildings that are not occupied. There are a few buildings out there that need a lot of work.”

Garza said there are few — if any — Class A or Class B industrial facilities available, which makes it difficult to bring in companies who are looking for industrial space immediately.

Some of the industries he’d like to see come and grow in Harlingen include the aerospace industry, health care, automotive parts manufacturing, sheet metal fabrication, electronics, and alternative or green energy.

“We love for developers to come into Harlingen and build new space because those spaces bring us opportunities to create more jobs and more investment,” he said. “We are constantly prospecting. We are constantly working with different lead generators to get in front of companies.”

Garza said there are several companies that the Harlingen EDC is having discussions with who are looking at relocating closer to the U.S.-Mexico border, but those discussions are mostly in the early stages.