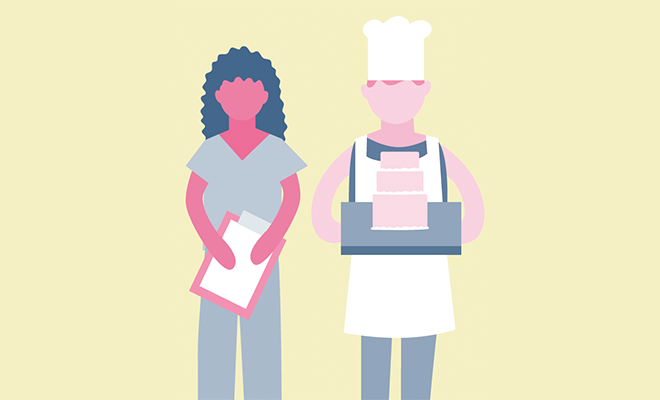 The national economy is currently in an upswing, which typically leads to less difficulty for job-seekers to find employment.

But as employees are faced with more job options, some industries in the Rio Grande Valley are struggling to find workers to fill those positions because of turnover while others industries are simply growing at a high rate.

In the RGV, the top job in terms of number of positions available is personal care aide, according to lists compiled by Texas Workforce Solutions using data from EMSI — Economic Modeling Specialists Inc. — a labor market analytics firm.

The second-ranked job are those in the fast-food industry with about 3,387 annual openings. Currently, there are about 15,157 filled jobs with that number expected to reach 18,430 by 2028.

Rounding out the top five positions are retail salespersons and cashiers, with 2,616 and 2,186 available positions, respectively.

But those jobs likely have a large number of openings because the relatively low pay.

“As you can imagine, in a job like a home health aide — paying less than $9 an hour — there’s a lot of turnover,” said Mike Willis, senior business relations representative for Workforce Solutions. “So for a lot of jobs you’ll see a lot more annual openings that don’t jibe with the number of jobs that are being added and that’s an indication of a lot of turnover and churn in a job.”

From those, they compile an annual list, which currently consists of 37 recommended jobs.

Among them are a slew of jobs in management, such as financial managers; education administrators; medical and health services managers; property, real estate, and community association managers; and general and operations managers.

Jobs in psychology, such as clinical, counseling, and school psychologists; and educational, guidance, school, and vocational counselors also make the list.

A job as a sales representative — wholesale and manufacturing — for technical and scientific products was also included among the 37 potential career paths for college grads and has 318 annual openings. It also has a high median hourly salary of $21.49. 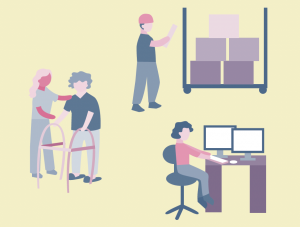 When it came down to which career paths he recommended for students, Willis pointed to professions in science, technology, engineering, and math.

“A lot of the liberal arts-type degrees, there are not a lot of jobs out there for them,” he said. “And the pay for those jobs is pretty low.”

Still, he said the answer to which careers people should pursue is not that simple.

“You have to look at not just how many jobs there are, but how many people are chasing those jobs,” Willis said.

On the flipside of that, there is a high demand for other, well-paying jobs in the medical industry that is not being met here.

“There’s a shortage of doctors and yet there’s a waiting list for all the medical schools,” Wilis said. “Even in nursing and a lot of professional medical (jobs).”

He noted the industry was a popular one with some of the most jobs, well-defined career pathways, and certifications and licensing.

“But there’s just a limit as to how many people can be put through the schools and get their clinical opportunities in the workplace and all that in order to graduate,” he said. “But there are a lot of pretty challenging jobs that people don’t go into.”