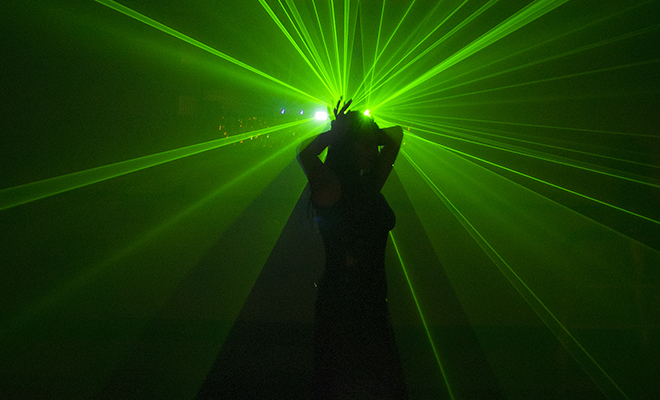 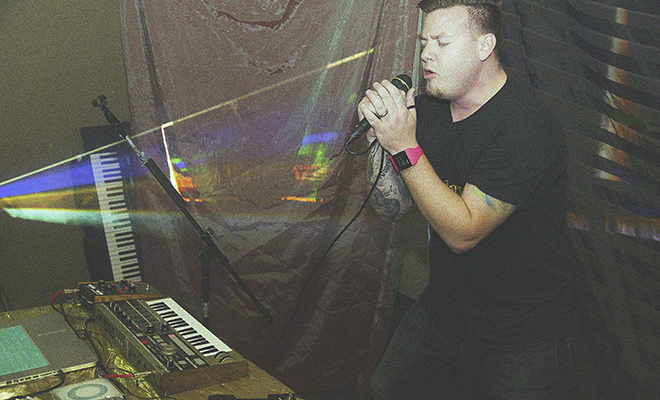 Carpe Noctem – Latin: seize the night. This could be the motto for the monthly electronic music event known as the Squeeze Box, where on Saturday January 3rd, had dream wave and synthpop acts TEEEL (New Jersey) and BLSHS (Houston, TX) performing live. BLSHS, the female fronted trio was all snyths and dreamy vocals, groovy mid tempo beats iced with Michelle Miers captivating vocal delivery, all the while playing her Roland keytar. Headliner TEEEL (sole composer Jim Smith) performed his brand of moody 80’s inspired synhtpop, his heartfelt vocals over layers of melodic synth basses and arpeggiated rhythms had half the house dancing through the whole set and marked a great kick off for 2015. 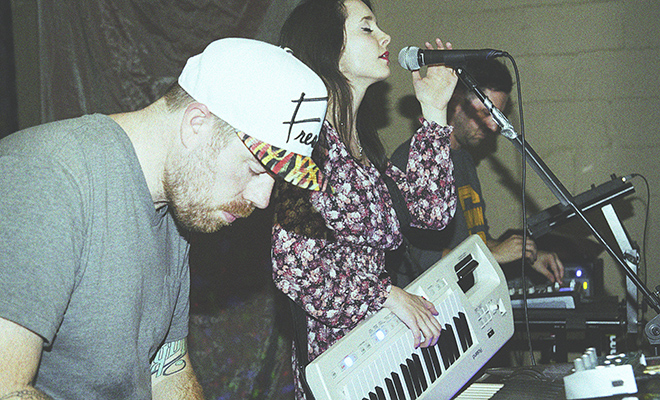 Going on four and a half years The Squeeze Box has been the only mainstay for alternative styles of electronic dance music in the Rio Grande Valley. Still mostly unknown to people outside the indie and electronic music scene due to its niche clientele, it’s been the hangout and hamlet for those desiring more eclectic sounds and styles than any heard in the typical club scene. The Squeeze Box’s sole residency has been at Metropolis Night Club, the longest running club in McAllen (formerly known as Klub X), but is organized and promoted independently by their resident DJ’s, known on their eye popping flyers as SkinOvtheNight, Ragnarok, and Electroluv. What marks the Squeeze Box nights as unique is there love of the surreal and the avant-garde, props and visuals (the films of Alejandro Jodorowsky and Fritz Lang for example) heighten the sounds of Witch House, Minimal Wave, Italo, Nu-Disco, EBM, Industrial and electro.