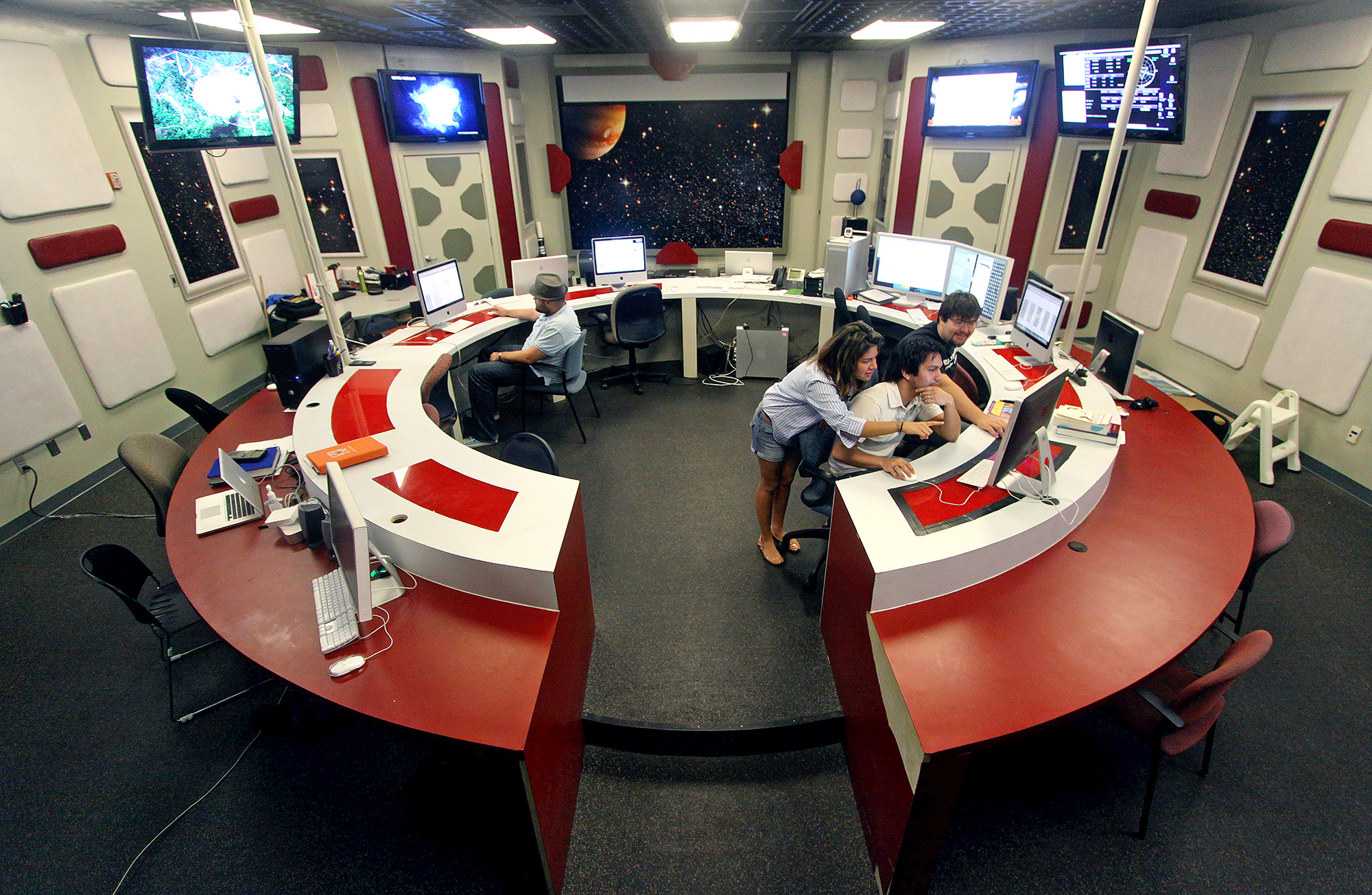 McKinnon, 28, and a native of Tampico, Mexico, who is now living in Brownsville, said physics was different at the time from other classes he took.

McKinnon has delved deeper into understanding physics while working as an undergraduate, graduate, and now doctoral student at UTB’s Center for Gravitational Wave Astronomy.

The Center for Gravitational Wave Astronomy was developed in 2003 with a $6 million grant from the National Aeronautics and Space Administration, which renewed funding in 2009.  The National Science Foundation awarded funding in 2007 and awarded a $5 million Centers of Research Excellence in Science and Technology grant to continue the center’s mission from November 2012 to October 2017.

“The grants under the umbrella of the Center have helped expand the department by financially supporting the recruitment of highly qualified faculty members from fast growing areas of the discipline,” said Dr. Soma Mukherjee, Associate Professor and Chair of the Department of Physics and Astronomy in the College of Science, Mathematics, and Technology.  “This, in turn, has helped recruit high quality students who have, in many ways, increased the visibility of UTB. CGWA’s multi-faced initiatives have made us one of the leaders in gravitational wave astronomy in the state and in the nation.”

Experiences working with faculty members, learning about how to conduct research, making discoveries, and making presentations are the general purposes of the Center for students.

“I am totally convinced that the quality of a science program at a university level is totally correlated with the effectiveness of the faculty teaching in it and doing science,” said Dr. Mario Diaz, a Professor in the Department of Physics and Astronomy and Director of the Center for Gravitational Wave Astronomy.  “Science is an intellectual activity related to inquiry to the active process of understanding how our universe works.  Only scientifically competitive research programs can offer students of the discipline a meaningful and comprehensive education.”

Diaz joined the university in 1996 shortly after the university’s undergraduate degree in Physics had been approved by The University of Texas System.

“Since I first joined UTB, I thought about the best way to take advantage of the available federally funded programs at the National Science Foundation and other agencies to develop a research capacity at a Hispanic serving institution like ours,” said Diaz. 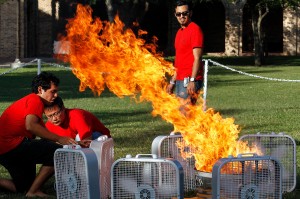 Diaz received the first outside money, setting the foundation for the Center for Gravitational Wave Astronomy.  In 1998, he received a Faculty Award for Research for $250,000 from the National Aeronautics and Space Administration for his proposal “Wave Profiles in Gravitational Radiation Astronomy.”

“Although we were successful at obtaining funding, we needed to perform a qualitative jump if we wanted to start playing in the major leagues,” said Diaz.  “We needed to develop a critical mass of faculty capable of performing research and teaching new courses, including the development of a graduate program in physics.  We needed several million dollars to sustain the necessary growth.”

One of the professors recruited to research and teach at the university because of the Center’s existence is Dr. Matthew Benacquista, a Professor of Physics who joined the faculty in 2006 after teaching at Montana State University – Billings.

“It’s more of a framework that the faculty can do any work on gravitational wave astronomy,” said Benacquista.  “Most of the work is theoretical.”

Benacquista is working with Diaz and researchers from Texas A&M University in College Station; Los Alamos National Laboratory in New Mexico; the Universidad Nacional de Cordoba, and the Universidad Nacional de Salta, both in Argentina; the Universita Carlo Bo di Urbino in Italy; and the University of Warsaw in Poland on the Transient Optical Robotic Observatory of the South project in the Salta region of Argentina.  Researchers and students will examine the Southern hemisphere galaxies for gravitational wave observations and image analysis.

“This is the start of a new and exciting venture,” Diaz said.  “If we succeed, we may have the opportunity to observe very rare and remote cataclysmic events.  These events could be the furnaces where the heaviest and less abundant chemical elements we found in the universe are made.  They could also be the most common source of gravitational waves.  And this success will let us watch and listen at the same time to a major chord of the large cosmic symphony.”

Samanta Fuentes Tapia, 25, a graduate student in physics from Valle Hermoso, Mexico, and Edinburg, has traveled twice to Argentina as part of the project.  She also recently traveled to the Universita Carlo Bo di Urbino in Italy to work on her master’s thesis.

“My research consists of searching specific sky areas and making follow-up observations of the interesting ones,” said Tapia.  “In other words, after knowing of an area of the sky with high probability of having a transient event related to gravitational radiation, we observe these areas and take pictures of them with wide-field and good resolution telescopes.  We check those images to see if something new came up.”

Since its founding, the Center has generated more than $30 million in federal funding through faculty members and grants.  The Center generates at least 50 publications in international refereed journals a year.  The Center supports 13 faculty members, seven doctoral students, 20 master’s degree students, and 11 undergraduate students.

“We are immensely grateful that an entity like the CGWA has existed,” said Mukherjee.  “The Center ushers in tremendous leverage by promoting gravitational wave and related research in a systematic and coordinated manner.”

Students affiliated with the Center have opportunities to travel for internships and present their research at conferences.

McKinnon has attended workshops and conferences in San Antonio, Washington, D.C., and Italy and did summer internships in 2012 and 2013 at the NASA Goddard Space Flight Center in Maryland.  During this time, he developed a coding for galaxy density distribution modeling and gravitational hybridization waveform modeling.

“I know all this sounded a little complicated, but in reality it was, and that’s what research is all about; the passion I have made me accomplish this work,” said McKinnon.  “I have learned a lot all these years during my research and work at the CGWA.”

For more information about the Center for Gravitational Wave Astronomy, log on to cgwa.phys.utb.edu.