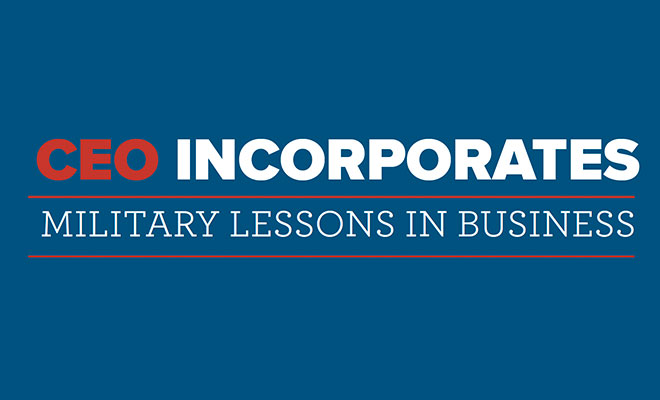 If you’re only showing up to your job because the company you work for pays you to do so, you might be doing it wrong.

“It’s not about what you get in return, it’s about what you can do for your organization,” said Cristina Solis Wilson, CEO of CM Institute of Leadership in McAllen. “What values do you bring to your company?”

It’s this kind of paradigm shift — changing previously held beliefs — that transforms the atmosphere in the workplace.

“And then bringing everybody’s strengths together and putting the right person in the right place to make that happen,” Solis Wilson added.

It’s Solis Wilson’s job — along with her husband, CM Institute of Leadership Vice President Michael Wilson, and their team — to influence these kinds of positive changes in businesses.

“(Having) that mentality to work together and to collaborate together is what makes a difference of when you’re trying to do that team building within that department,” Solis Wilson said. “And that usually helps change the attitude and the dynamics within the organization.”

Solis Wilson and her husband first got into business together after cofounding Crossroads Academy, a nonprofit organization designed to reach out to children in colonias in the Rio Grande Valley. Activities included leadership training, civic engagement, and other programming.

“We were out there to tell these young youths that ‘you have a future, you all have the potential to go out and make something of yourself,’” Solis Wilson said. “‘Don’t let people tell you you can’t do it.’”

It was a sentiment that hit close to home for both husband and wife.

“Growing up, people would tell us, my husband and I — by coincidence, we have the same type of upbringing where we were told, ‘yeah, you’re not smart enough, or you’re not going to amount to nothing,’” Solis Wilson said. “I don’t know if it was my parents or what, but I never let that get to me. I was like, ‘hm, that’s what you think.’ And you just keep going.”

Solis Wilson said she and her husband recognized a need in the RGV community for the kinds of services they were providing through Crossroads Academy. From there, they decided to create the CM Institute of Leadership.

While the CM Institute of Leadership is open to helping corporations of all sizes, Solis Wilson says it’s the smaller businesses she sees benefiting the most.

“That’s why we’re starting to do seminars and training online, so they can have something they can do on their own,” she said

Once a business reaches out for help, Solis Wilson and her husband work closely with the business to determine the best course of action. Wilson will often conduct assessments, and Solis Wilson will begin to development curriculum based on the needs determined through the assessments and subsequent meetings with the business. It’s a tailored approach to every situation, resulting in mentoring, coaching, speaking engagements, workshops, and more.

A little known fact: The “CM” in CM Institute of Leadership doesn’t stand for Cris and Mike, like some might assume.

“Really, it’s for civil and military that we mix when we do our trainings,” Solis Wilson said. “We teach companies to have their employees maximize their team into having a productive outcome at the end.” Both Solis Wilson and Wilson served in the military. Solis Wilson is still a first sergeant for the 812th QM CO of the U.S. Army.

Solis Wilson often incorporates lessons she has learned from her military service into her business practices and teaching.

“My mantra that I like to use, I got it from the military, so it’s purpose, direction, and motivation,” she said. “You can make anybody do anything when you give them a purpose, or direction, or motivation to do something. It doesn’t matter who they are.”

In the Army, Solis Wilson found herself advocating for soldiers others didn’t want to work with. It was an approach easily applied to a business setting.

“I would always take those soldiers,” she said. “I would take the time of day to sit down with them and talk with them because, believe it or not, that’s what people want to see in the workforce. Do you even care? Do you even know them? You’d be surprised if you just reach out and touch someone. You could go a long way.”

With problem soldiers — and problem employees in the workplace — simply opening the lines of communication often works wonders.

“You’d be surprised how much knowledge they might have or why they don’t get it,” Solis Wilson said. “They don’t get it because you’re really the one who’s not connecting with them.”

Bridging those divides are key to boosting the success within a business.

“You’d be surprised when you reach out to somebody, just how much you can get out of them, or what you can use from them,” Solis Wilson said. “And so going back to that paradigm shift, I try to tell people, too, look, when you’re coming in, come in and say, ‘what can I offer you?’” 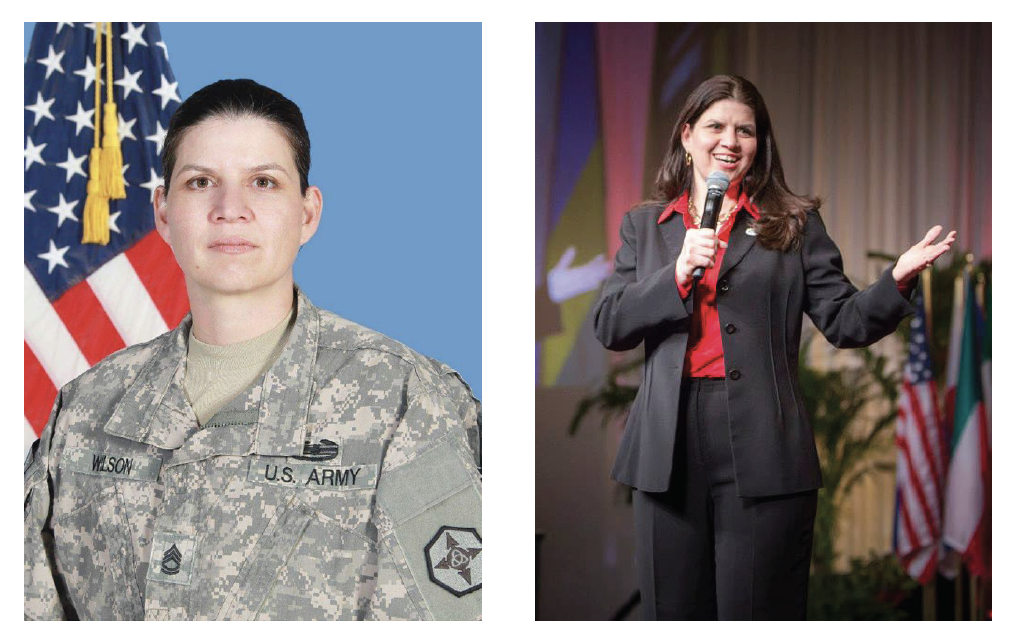 “Can you imagine somebody now with social media, just taking pictures, how big of an impact that can be for an organization?” Solis Wilson asked. “How do you know somebody just doesn’t have a passion for taking pictures or drawing or whatnot that you can use to bring your team together?”

Another Army lesson Solis Wilson touts is the power of regular performance evaluations.

“In the military, we get an annual evaluation,” she said. “At the minimum, we have to be counseled every quarter — three ups, three downs.” At a retail company, that could translate to anything from positive feedback on customer service experiences to failure to meet sales goals.

“You always want to promote your employees, and I always tell them it doesn’t have to be a promotion monetary, but like, ‘attaboy,’” Solis Wilson explained. “People appreciate gratification. They want to be told they’re doing good. So at the end of the year, are you evaluating them?”

A recent Army evaluation Solis Wilson experienced with a new commander nearly moved her to tears. It illustrated how simple it is for employers to connect with their employees

“The first thing she asked me, ‘where do you see yourself next? What do you want to do in the next five years?’” Solis Wilson recalled. “I wanted to cry, and she was like, ‘I’m sorry, I hope I’m not hurting your feelings.’ And I said, ‘no, my last commander never asked me something as simple as that. That means you care.’”

Learn more about the CM Institute of Leadership at http://cminstituteleadership.com.