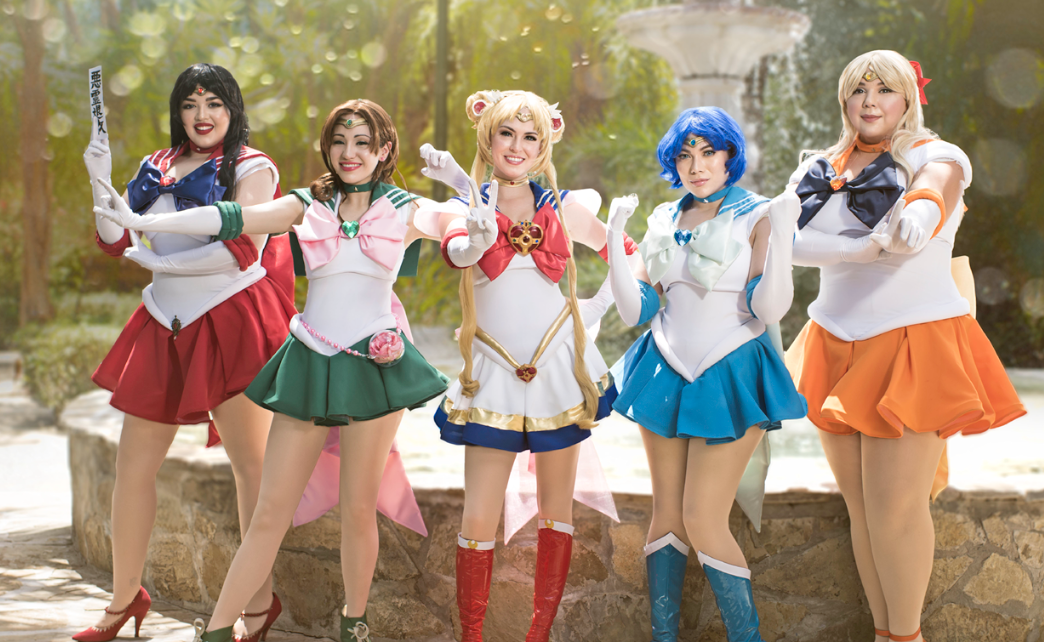 Most people put on costumes to hide their identity. But the five members of Luna Valley Cosplay suit up and find themselves in their characters, identifying with personality quirks, aspiring to certain traits, and finding a creative release from their day jobs.

Jessica, Mimi, Eva, Victoria, and Leah came together as friends at Weslaco East High School. Their first cosplay experience was a Halloween costume competition with a few other friends, representing all of the characters from anime classic ‘Sailor Moon.’ They lost the competition, but they gained a determination to find the right venue to showcase their handmade costumes.

That’s how the five friends found themselves at Geekfest in Killeen.

“I’m really glad that was the first con we went to together because they were so sweet to us,” Eva said. “I think it provided us the validation that we had been missing.” 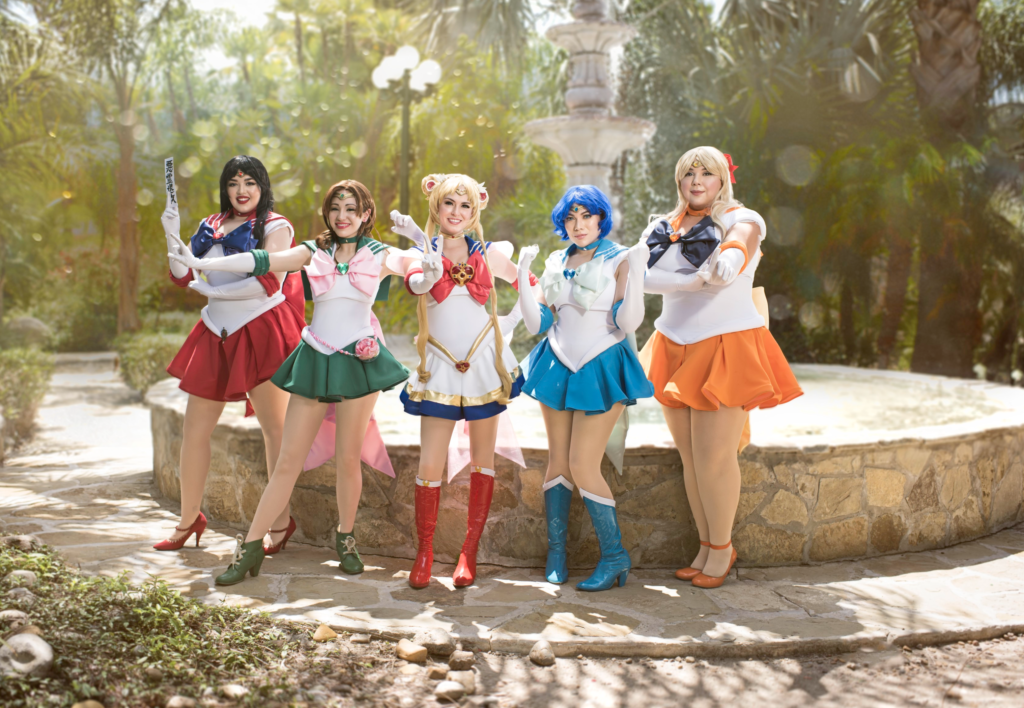 Luna Valley Cosplay came away with best in show, first place novice, and a newfound passion. They brainstormed branding, deciding on a name and logo to launch their social media presence.

“We want to represent where we’re from even if we go to other places, and that’s how we came up with that name,” Mimi said of Luna Valley Cosplay. “We also knew that ‘Sailor Moon’ was always going to be special to us even if we’ve always done a lot of other cosplays.”

Leah’s mother made her a Sailor Mercury costume during her sophomore year of high school.

“She passed away the same year we started doing the Sailor Scouts together,” Leah said. “So I was like, ‘why don’t we just do it the same way my mom did and we’ll just all put it together like that?’ We sort of used that as a bonding experience because I was going through a really rough time. I think just doing all of that and working on these costumes together brought us a lot closer as friends to help me through my rough patch.”

“Mimi’s mom had passed the year before,” Victoria remembered.

“Yeah, you know, as young adults, we were finding each other as a family more so than just friends,” Mimi reflected.

Coming together as Luna Valley Cosplay became a multifaceted experience. The friends worked hard, meeting on a weekly basis to develop variations on their Sailor Moon repertoire, crafting everything and learning new skills on the fly —like sewing and sculpting. But those sessions were also spent laughing, reminiscing, venting, snacking. Playing video games. It was both an outlet from the norm and a way to balance themselves.

“There was a whole year-and-a-half I wasn’t working. I was focused on school,” Jessica said. “I think doing this kept me from completely going over the edge.” 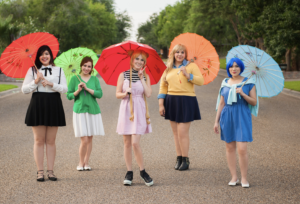 The group continues to rack up accolades for their costumes as they attend more conventions together. They’ve met Linda Valentine, the voice of Sailor Moon herself — “She was like, ‘my babies!’ and we were like, ‘oh, my God!’” Victoria said.

One of the top moments in cosplay for the group? South Texas Comic Con 2018.

“Last year they brought down Yaya Han, the international queen of cosplay,” Victoria said. “To even have a cosplay guest that level here in the Valley is amazing.”

“Our eyes popped out of our sockets when we saw it,” Mimi said.

“We’re going, life or death,” Victoria added, remembering their reaction to the announcement.

Inspired by the opportunity to be judged by a cosplayer of Han’s status, they threw themselves into a new iteration of Sailor Moon — the eternal. Han gave them an honorable mention, remarking that she wished the convention would have group awards next year. She also gave the group signed prints as prizes.

All five members of Luna Valley Cosplay will appear together at the Latino Comic Expo in Brownsville in March. Part of the group will attend McAllen’s South Texas Comic Con in April.

The friends are always thinking about what to do next. Some of their best cosplays together have been on whims — someone saying “what if” or “we should” while they’re just hanging out. They’re thinking about doing videos in the future, as well as what the future might bring for the next generation of cosplayers. 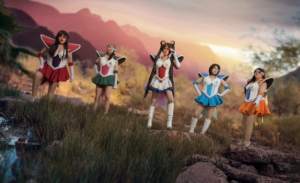 “There’s a lot more kids now that are getting into cosplay, and I think that’s super awesome,” Leah said. “I hope that we can be a good example.”

The prevalence of comics in superhero blockbusters and popular culture is also normalizing cosplay — and opening up doors.

“People are seeing themselves more in characters because there’s more diversity in them,” Mimi said. “So now you don’t feel out of place dressing up as whatever character. You can identify with them.”