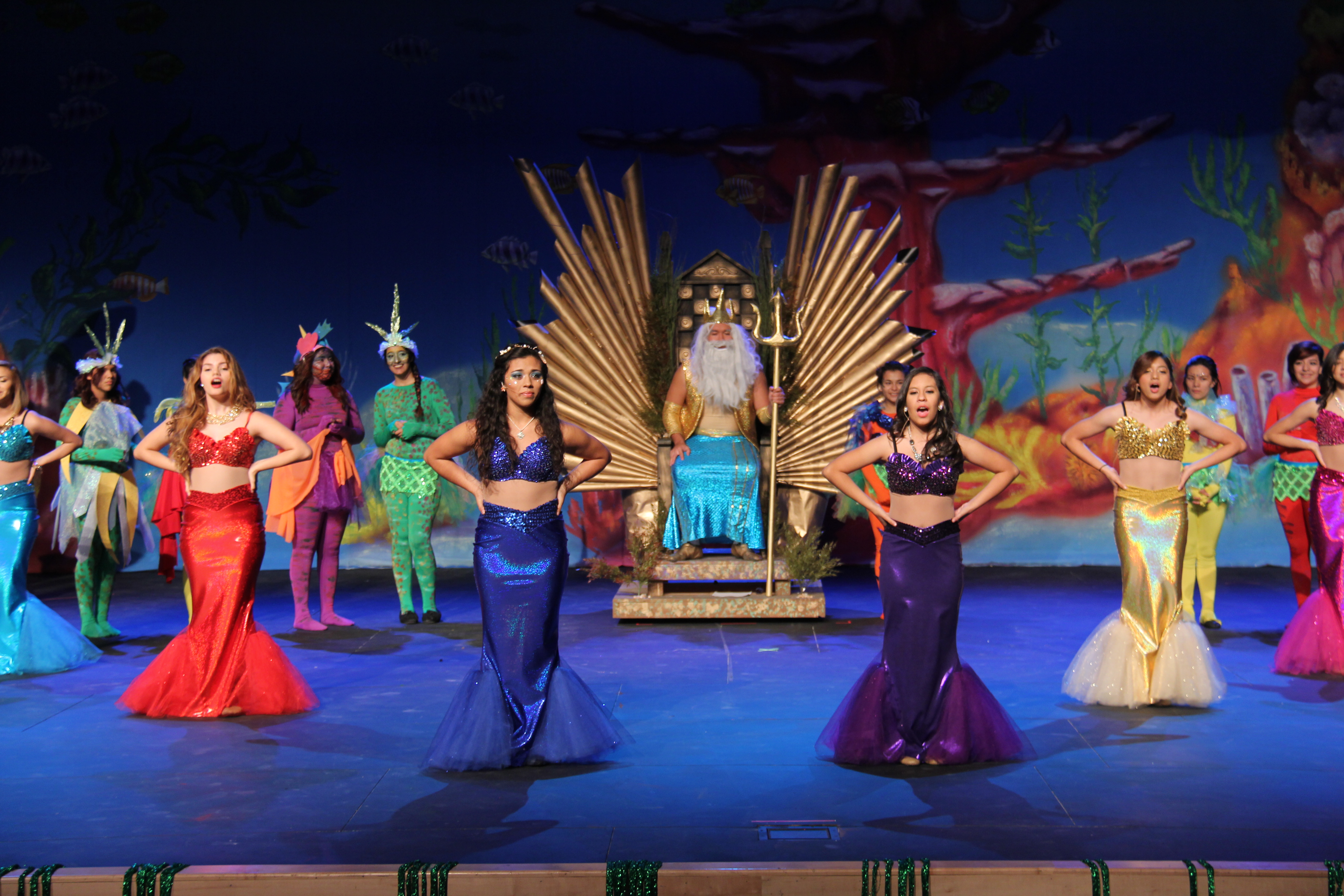 “You don’t understand Claudia,” I recall my sister Selena saying to me about her theatre fascination as we walked home from the bus stop. “When I am up on that stage it’s like magic, like if I can be anyone in the world.”

Being the typical self-centered senior at the time, I blocked off my sister’s poignant words not realizing that at that moment she had poured her heart out to me. Growing up, Selena had always been timid in public settings. We were both quiet, little nerds in elementary. Looking back now, I have come to realize how all that changed when she first joined drama in middle school and got selected to play various roles while at Pharr-San Juan-Alamo North Early College High School (PSJA North ECHS).

Although we stopped seeing eye-to-eye soon after, my little sister gradually blossomed into an outspoken, outgoing and courageous individual who was no longer afraid to be in the limelight. From a shy little freshman to an audaciously passionate senior, I witnessed Selena live her high school years madly in love with theatre and what she strongly referred to as her “drama family”.

Drama family? I never quiet understood what she meant by that, until now.

Like my sister, each year hundreds of PSJA students anticipate to participate in the various school district’s high school theatre children’s shows. From The Wizard of Oz and Cinderella to Beauty and the Beast and even The Little Mermaid, their magical live theater productions light up the lives of thousands of youth district-wide.

While in many places throughout the U.S. theatre is embedded into communities and kids grow up having watched countless of plays throughout their lifetimes, the truth is that a large majority of people in the Rio Grande Valley (RGV) often live their lives without experiencing the magic of a live theatre performance.

For that reason, Children’s Shows at PSJA ISD, have become a remarkable tradition for families in the school district and the community.

According to the PSJA Fine Arts Director Jon Taylor, due to the many low-income families the school district serves, the shows provide a very special experience for families.

“It’s probably the only experience that most community members have with live theatre,” said Taylor.

Each year the shows draw in thousands of people in the RGV, something that is rare in high school theatre, according to Gilbert Zepeda PSJA North ECHS Drama Director.

“An hour before the show starts, there’s a line in the parking lot of people who want to see these shows with their families,” shared Zepeda who has been with the program since its very first children’s show in 1979. “That’s very unusual for a Hispanic community, especially high school theatre.” 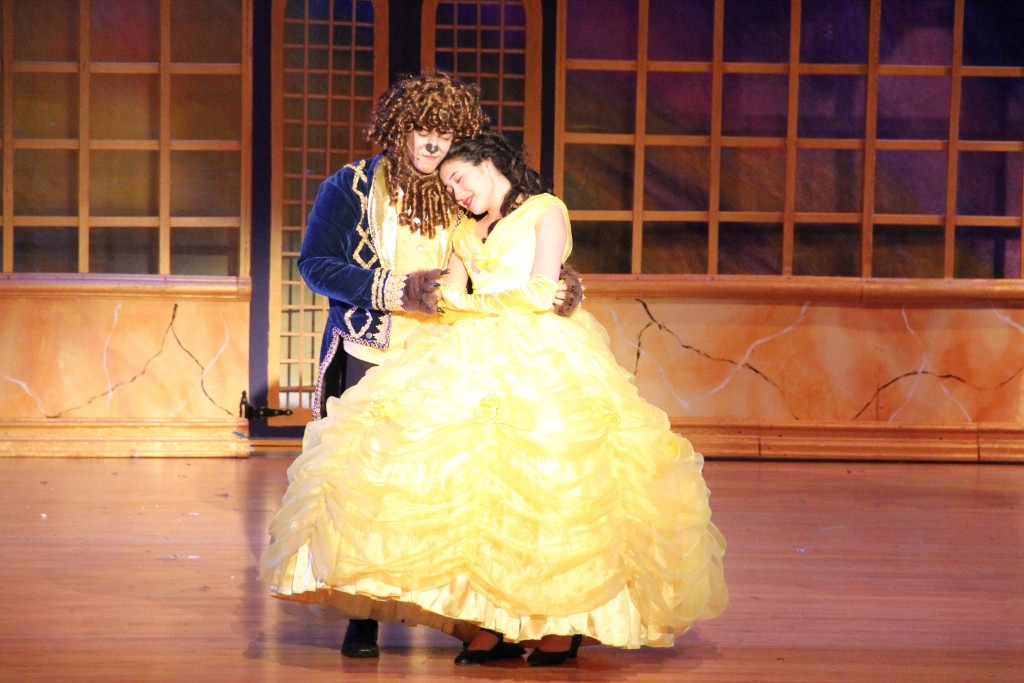 “This program has become known as some of the biggest, top quality shows in Texas,” said Zepeda.

PSJA North is currently rehearsing Seussical, Jr., a collection of Dr. Seuss stories set to music, with Horton Hears a Who!’s main character telling the story. It is coincidentally the first show Zepeda ever directed, and as he will be retiring next year, he hopes his final production will build on the great success that is typical of past PSJA children’s shows. Zepeda says that providing the community this connection to the theater is what has driven him all these years.

“The students are getting to have a live arts experience and don’t have to go anywhere else to do it,” explained Zepeda. “They can see our students and our teachers put on a live fine arts experience for them, produced and performed by their peers.”

In addition to evening performances open to the general public, the high school productions perform during the day for PSJA second through fifth grade students. The PSJA theatres’ success is due to district-wide collaboration with high schools and elementary schools and the support from various leaders, according to Zepeda.

“We have the whole community and the district’s support,” said the PSJA North Drama Director. “This involves all elementary schools, their principals and the support of the superintendent.”

Due to the high interest of the community in the shows each year, ticket prices are kept low at $5 to $7 so entire families can afford to attend the magical shows. In addition to the community, the winter plays have become so popular that even Winter Texans look forward to attending each year.

According to the directors, the high school students performing in the children’s shows inspire younger students to try to follow in their footsteps.

“The heroes for our kids in this community are our kids,” smiled Zepeda. “We create the heroes and villains on stage. In this district, it’s a big deal for the little kids to get the autographs of all the actors, and they aspire to get to high school to get into these productions.”

A GLIMPSE TO THE PAST

Although the various PSJA theater productions have come a long way and are now an incredible attraction to the RGV community, the reality is that it wasn’t always so. According to Zepeda, in the beginning of his career at PSJA, the theater department had to give away 100 tickets to try to fill the audience, tickets were sold at the box-office for only $1.50, and the theater put on just one public performance aside from the school performances.

“We had seven actors, a tech crew of about 20 kids,” recalled Zepeda. “Now we’re working with about 150 kids putting together the production, and I think it’s the same at all of our schools.”

Like Zepeda, Gabriel Ramirez the PSJA Memorial Early College Theatre Director said they have seen tremendously significant changes. According to Ramirez, the program now performs for middle and elementary schools and has had an influx of freshmen interested in participating every year.

“Now we can double-cast and do big shows like Cinderella,” said Ramirez enthusiastically. “Junior high kids watch our shows and know that no matter what high school they end up at, they can join the program.”

Due to the the theater’s numerous performances of Rodger & Hammerstein’s Cinderella, this year the PSJA Memorial ECHS Drama Director said they had to double-cast the choir.

“We have two separate casts rehearsing and performing on alternating nights,” explained Ramirez. “Not only does this allow students to alternate between performances to alleviate fatigue, it gives more students the chance to feel the limelight.”

While at many school districts theatre is often an extracurricular activity, at PSJA ISD children’s shows are part of Theater Production, a class that has become so popular it is now even offered during the evenings to allow students with conflicting class schedules to participate. Although theater production gives students the opportunity to unleash their creativity, students must pass all of their classes in order to participate.

According to the directors, participating in the theatre productions while maintaining their grades teaches PSJA students to be responsible, manage their time wisely and communicate effectively—skills that make them valuable when applying for colleges. The class attracts a diverse group of students as even cheerleaders and football players audition and often get casted.

“Colleges aren’t just looking for students who have advance credits but kids who did something else,” said Jon Taylor the Fine Arts Director of extracurricular activities. “Whether it’d be participating in the theatre program, athletics or whatever it might be.”

The PSJA theatre program is already seeing the fruits of their labor as numerous students have gotten accepted into prestigious drama colleges each year and several have even made it into Hollywood. Some prime example of students who serve as inspiration to current students are Cristela Alonzo, who became the first Latina to create, produce and star in her own original sitcom Cristela on ABC and David Barrera who’s appeared in numerous television shows, including The Bridge, NYPD Blue, The Big Bang Theory and The Wizards of Waverly Place.

“We talk about the little gains every time a Hispanic wins an award, or is nominated for a Tony or when one of our own kids gets a job in the industry,” said Zepeda about the importance of increasing the number of Hispanics in theatre. “We make them very aware, and proud, of their heritage.”

As a result, the PSJA Drama Department has become like a second family for generations of students who participate, and yes even for my sister. Although she graduated from PSJA North ECHS in 2013, she continues to stay in touch with her drama peers and makes plans to watch the plays each winter.

This year, community members and students can enjoy nights of magic and fun as the PSJA high school theatre productions once again will be performing many great children’s shows like Peter Pan Jr., High School Musical Jr., Rodger & Hammerstein’s Cinderella and Seussical Jr.

“We have a good group of seniors this year who can sing incredibly,” said Sergio Sauceda, the PSJA Southwest Theatre Director who has been working hard with a theatrical rigging system of ropes and harnesses to provide a theatrical illusion during their performance of Peter Pan Jr. this year. “They’re going to be flying through the house.”

Offering nights of magic and captivating audiences for decades, the PSJA Drama Department looks forward to continuing what they have started for many more years to come.

“Over the last 37 years we have become one of the biggest shows in Texas,” said Zepeda with a smile. “We’re really happy to be doing it.”