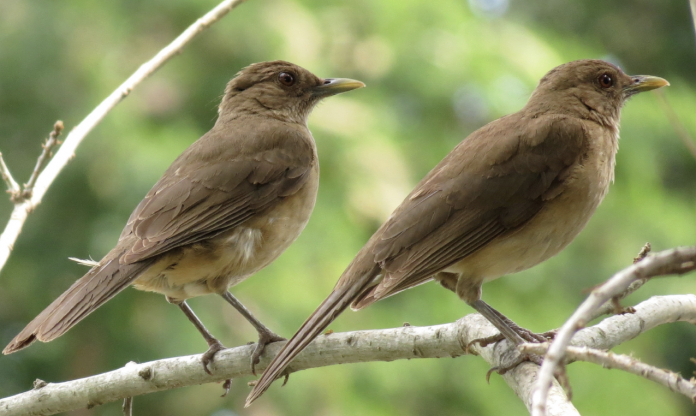 There are millions of birders around the world. In 2011, there were an estimated 47 million birders in the U.S. alone. These millions of birders do what all birders do: find birds. They don’t just find them, though; oftentimes, birders keep meticulous notes of where they were, how many of each species they saw, and then they share this information with other birders. In the data-driven world of science and conservation, this makes birders a valuable resource for collecting data.

Enter community science projects (also called citizen science) developed to harness the diligence of enthusiasts around the world. There are many examples of these projects, from eBird — an online, crowdsourced database managed by the Cornell Lab of Ornithology — to the U.S. Geological Survey’s Breeding Bird Survey (active since the 1960s). However, the longest-standing community science project is the Christmas Bird Count (frequently abbreviated as the CBC).

The CBC was started in 1900 by the Ornithologist Frank. M Chapman. Like a growing number of other bird-enthusiasts at that time, he was concerned by the sheer volume of birds being killed each year — especially during the popular holiday hunts. He proposed a simple idea: Instead of shooting and counting birds, people should just count them. The idea quickly caught on and has become one of the most popular birding events in the U.S., Mexico, and Canada.

For participants, these sort of community science projects offer extra purpose to doing an activity they already enjoy and can actually enhance their experience. For example, the eBird project is an easy way for birders to not only track where and when they have seen birds but also can be used to help find birds through rare bird alerts and a searchable database of birding hotspots. Some birders keep track of how many days in a row they have submitted data to eBird for extra motivation.

For scientists, these projects offer data at a volume and scale that they would not be able to collect otherwise. Instead of a team of scientists having to spend countless hours traveling, counting, and entering data, they can simply aggregate and download what they are interested in and begin analysis. Since 2020, thousands of scientific articles and books use or reference eBird data.

Community science projects like eBird and the Christmas Bird Count are more than just fun activities for birders to experience. They also do more than just generate data for scientists to analyze and explore sometimes esoteric questions about birds. Counting birds for these projects also can have direct impacts on conservation efforts and environmental policy. In 2019, an article published in the Journal Science used community science data to discover that there are 3 billion fewer birds than there were in the 1970s — a whopping 30% decline — and identified key groups of birds and habitats that were especially impacted. Without knowing the problem, there would be no way to fix it.

There are many reasons to count birds; it’s fun, joins you with a community of people also counting birds, and can help conserve the very species you are counting. Whether you are in your yard gardening, visiting a local park, or driving hundreds of miles in search of an elusive species, it’s good to count (and share) birds.