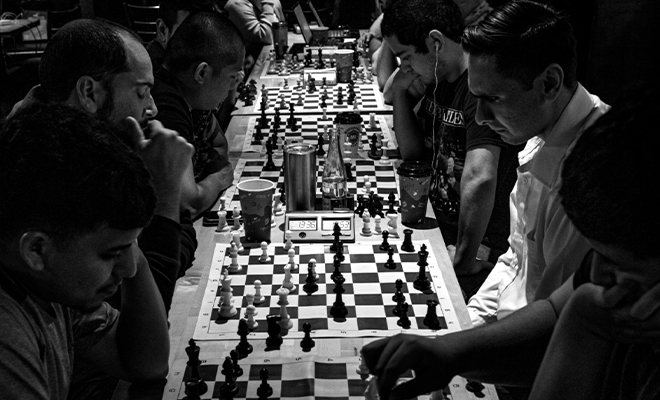 Post high school, college, or graduate school adulthood does not mean there’s no longer an abundance of activities or organizations available for you to participate in. And depending on your interests, joining a community group can mean making new friends, learning something new, relieving stress, and sharpening your mind.

Since joining Texas Valley Sports, an adult sports league across the RGV, Daniel Villalpando, 26, says he’s matured and learned to work alongside people who hold different opinions. But his favorite part about playing for the Pharr Phantoms — one of the six TVS football teams, each made up of about 50 players — is being able to continue his passion for football, which he played all throughout high school, and make friends in the process.

“People come from different walks of life and come together for one common goal,” said Villalpando, who joined TVS when he was 23. “So the best thing is the locker room feel, the camaraderie and brotherhood. TVS has pretty much given me brand-new family members.”

Jose Perales founded TVS in 2016 for a similar reason: to offer an outlet for athletes to continue their sport beyond high school.

“A lot of players, when they come out of high school, still want to continue to play football,” he said. “And sometimes they don’t make it in college, so that’s pretty much what we established here — a league where they can continue to play.”

TVS began as just football, but has expanded to include basketball, volleyball, and cheerleading. Anyone over the age of 18 can try out for a sport and be placed in a team, which is divided by region ranging from Rio Grande City to Brownsville. Each sport has a season and a series of games leading to the championship.

Perales said TVS has also received players with mental conditions, such as depression and anxiety, who have been able to overcome, or better manage, their disorder through being involved in a team.

“People come in and this is their outlet,” he said. “We had a cheerleader who was battling depression, and she was able to use this to get out of that space.” 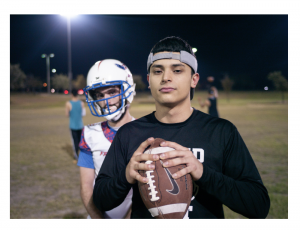 He adds that being in a league provides exposure for the players and that in the past season, 21 players moved up to play on an arena professional team, which is paid.

For anyone interested in joining, Villalpando encourages they check out a game, which are played at Golazo Soccer in Pharr.

For more information on the leagues and tryouts, visit texasvalleysports.com.

the RGV Chess Society. Meetings are held once a week, typically on Thursdays, at Moonbeans Coffee in McAllen.

Omar Montoya started the club just under two years ago along with a friend so they could play the game on a consistent basis.

“I think it’s a very respectful, classical game,” said Montoya, 22, who is studying criminal justice at UTRGV. “There’s nothing required but your mind. The way you beat someone is not just by playing a game. You have to out-think them, out-strategize them. It’s a battle of the minds.”

By word of mouth, the organization started to grow, leading Montoya to create a Facebook group to simplify announcements. He said it has around 40 active members and that through the game, some of them have become good friends.

“Everyone who goes Thursday I didn’t know prior to the chess club,” he said. “It’s super cool because I would say some of my best friends now are from the chess club.”

People attend the meetings from as far as Rio Grande City and Harlingen and Montoya welcomes anyone of any age to play. The youngest attendee he’s seen was an 8-year-old and the oldest was someone in their 60s.

And even if one is unfamiliar with the game, Montoya said he or one of RGV Chess Society’s more experienced players are always happy to teach a new member how to play. To make the game available to everyone, he provides extra chess boards, but says people are welcome to bring their own should they prefer.

In the future, as the RGV Chess Society continues to grow, Montoya hopes to create a tournament.

“I feel it’s a game that’s kind of being neglected, but I think a lot of people would enjoy it if they sat down and had the right group of people to join with,” Montoya said. “And I think my group is the perfect kind of group for that because we’re not competitive. We just like to play for fun. It’s the perfect environment.”

What community organizations do you belong to? #JoinTheConversation at facebook.com/rgvisionmagazine.