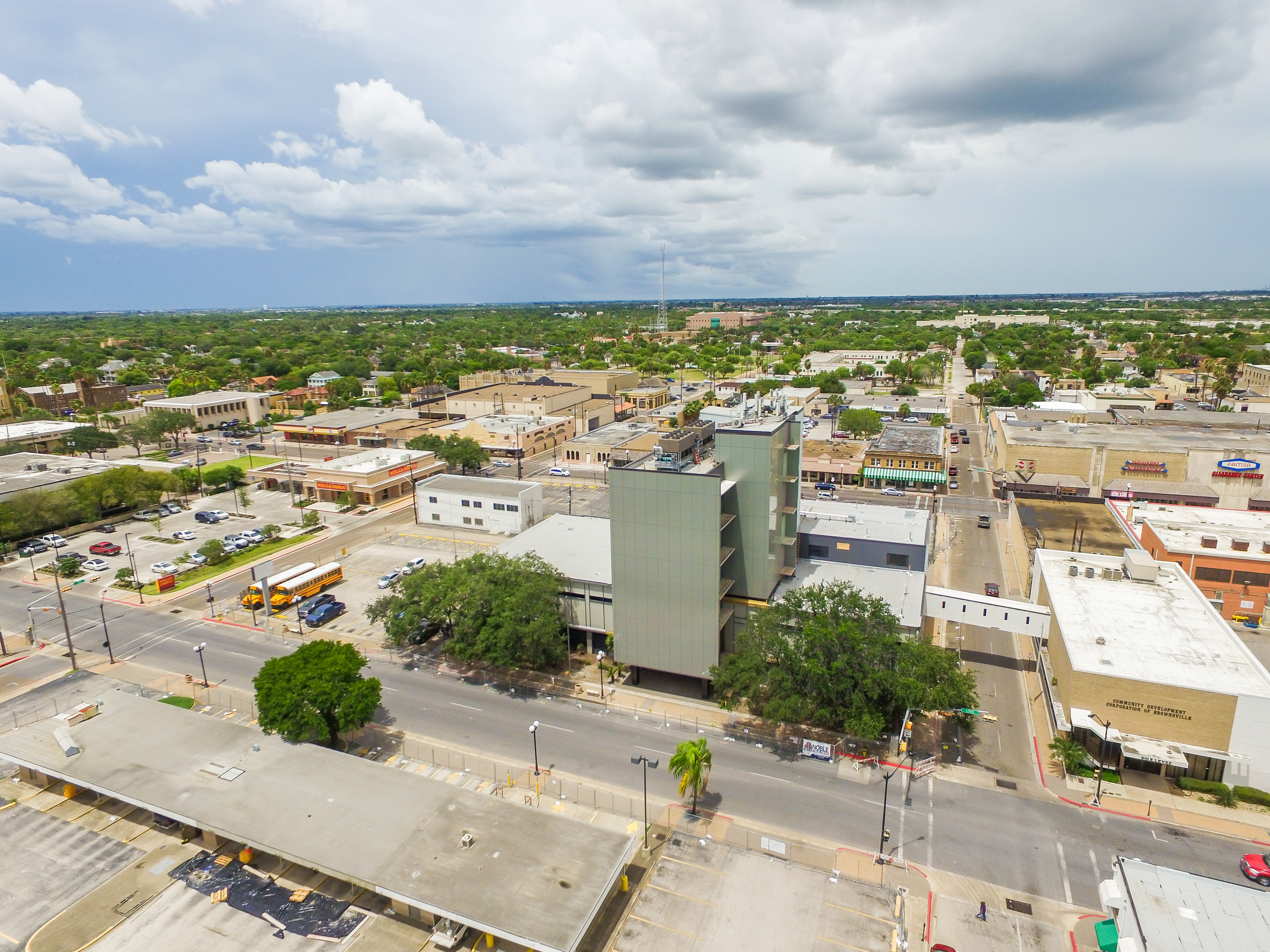 Amid the buzz of activity swarming inside the former Wells Fargo building in downtown Brownsville, one bunch of bright safety vests and hard hats stood out — those belonging to a group of seventh-graders.

They visited the construction site July 26 as a part of a pre-engineering course taken over their summer break. The experience was bigger than a simple field trip, though. It represented the collective efforts of Brownsville ISD, the University of Texas Rio Grande Valley, State Rep. Eddie Lucio III, and Noble Texas Builders to boost student interest in STEM fields through career pathways.

Noble Texas Builders is the company behind the building’s renovation, and president and CEO Rene Capistran was instrumental in organizing the students’ visit to the site. For Capistran, construction projects can do a lot more than change the physical look of a place.

“When we started our company, we wanted to make sure that we weren’t all about brick and mortar,” he said. “We do far beyond building buildings. We like to think that we build facilities that support our communities.”

In fact, one of the core values at Noble Texas Builders is community, culminating in a new service initiative in the form of Noble Cares Foundation. Teaming up with education and government entities, Capistran and his company look to encourage gains in education and health care throughout the Rio Grande Valley. The seventh-graders’ field trip at the building renovation site was the first project for Capistran’s vision. 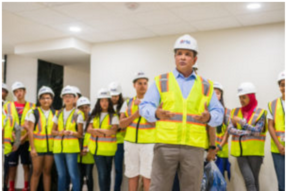 The group of Texas Pre-Engineering Program students toured the renovation site, which will now serve as the headquarters for several Cameron County departments, including the tax offices and offices for the justice of the peace, among others. The students saw before and after pictures of the renovation project and met with some of the people responsible for the project, including the architect behind the remodel.

“Take advantage of what you learn here and apply it throughout the year,” Brownsville ISD Superintendent Esperanza Zendejas told the students. It was advice that was repeated often throughout the event, which was tailored to give the group a taste of real life as engineers and other STEM-focused careers.

“This is a good opportunity where kids see folks who are not necessarily teachers,” Zendejas said later. “They’re architects, they’re engineers, they’re contractors, and they put this building together. And this story may resonate for (the students). Twenty years later, maybe an architect says, ‘I became an architect after I participated in a summer program where I went to look at a building and the architect spoke to us and it hit home with me.’ That’s the kind of outcome we want.”

Lucio looked for the partnerships among different organization serving an education need that will echo across the state.

He told the students gathered at the renovation site that they will soon be leaders in this area, and that they’re already making important strides toward their futures.

“It’s a tendency of every generation to say, ‘the next generation is not like mine and the world’s going to be left in the hands of kids that don’t care,’” Lucio said. “That’s not true. We actually have kids who are going through a much more rigorous curriculum in their education pathway than we ever did.”

Alexander Domijan Jr., professor and dean of UTRGV’s College of Engineering & Computer Science, has been another key facet in the partnerships for this project. As he’s worked to bring STEM-related jobs to the Valley, he’s hoped students like the group of seventh-graders at the site would stay interested in those high-paying fields.

“We’d like to be able to have not only those students graduate but live here and bring jobs here,” Domijan said. “So part of the thing I’ve been doing this past year-and-a-half is trying to develop an innovation enterprise, to actually develop jobs and bring up the economy in this area.”

This is just the beginning for Capistran and his company’s community outreach efforts. He said a number of new initiatives targeting education and health care are “in the works, currently.”

“Our goal in the foundation is how are we really impacting the community…” he said. “Not just today, but long term.”