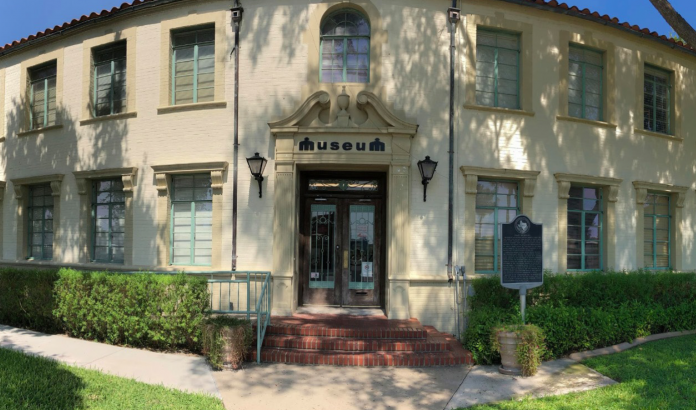 History is happening every day — and often in our own backyards. Learning about local history helps people gain new perspectives and develop greater appreciation for the community in which they reside. While you can’t simply pick up any textbook to learn about your city, you can visit your local museum.

The Mission Historical Museum has been chronicling the stories of Mission and western Hidalgo County since 2002. Situated in the heart of downtown Mission off of Doherty ave., the museum is historical in and of itself. One of the museum’s buildings is a former sheriff’s office and another a post office. Each contains many original elements from their previous use, including vaults, secret tunnels and second story viewing ports from which postal inspectors could guard against theft.

Exhibits Coordinator Geoffrey Alger has helped curate the museum to what it is today — a timeline of the people and culture of Mission since its founding in 1907 to the present.

“We have collections with photographs and artifacts and through research we set up the framework and decide upon the collections and where everything fits,” he said. “There’s plenty to study and you can just about find out about every year.”

A few of the museum’s focuses include the founding of Mission, the Moore Air Force Base opened in the 1940s, the citrus and vegetable industry, cinema and  a local minor league baseball team. It also features a dedicated Military Room containing uniforms, photos and memorials paying tribute to fallen servicewomen and servicemen from World War I and II, the Korean War, the Vietnam War and the Global War on Terrorism.

Alger said while Winter Texans and tourists are always welcome to the museum, it is curated for locals to enjoy.

“I think we’re getting more and more locals discovering — or rediscovering — what we have here,” he said. “We’re here so they can appreciate their own history. When people visit they’re often surprised by the amo 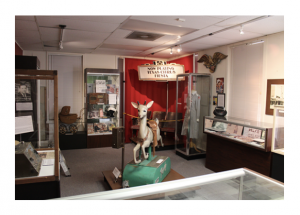 unt of history Mission actually has because you don’t learn about it in school.”

A newer exhibit they’ve introduced that has captured local interest is “Summer of ‘66.” The exhibit features photos taken across areas of Mission selected to be part of an urban renewal project in July 1966 alongside photos of those spots today.

This exhibit opened in May and Alger said many of the visitors have been able to recognize the original photos — whether by the street they grew up on or a relative’s home.

“These photos were never meant to be seen by the public, necessarily, but I found them in our collection and thought they were really cool because a lot of them had people in them,” he explained. “It’s like a snapshot in time. In most cases the buildings are now completely gone, but some of the buildings or homes are still around. One visitor was very moved because he recognized his mother’s cafe.” 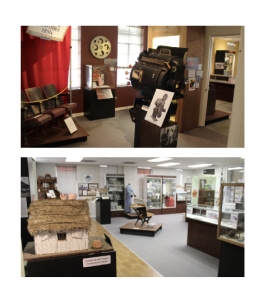 When it comes to defining history and what will be remembered, Alger said it’s all subjective.

“Yesterday was history and even though most people don’t think about it that way I certainly do because I’m always collecting stuff,” he said. “It’s better to collect it now than wait 20 years and try to find it.

“We tend to focus more on the older stuff, but I like to bring it up as much as I can to the present. I always like to connect the past to the present because it’s an ongoing thing.”

One example is the COVID-19 display featured in the museum’s timeline. When the pandemic emerged, Alger began collecting newspaper clippings, test kits and other memorabilia.

Whether or not a person has much of an interest in history, Alger said they’ll enjoy visiting the museum and discovering all it has to offer. He adds it’s a great family activity and helps parents instill an appreciation for their community into a child early on.

“It’s like exploring nature,” he said. “ If you want to teach a child about nature, you start with your own backyard because it’s the closest; it’s the easiest. And that’s what they’re going to relate to.

“If you want to go out and learn about history, it’s right here. We’re part of Mission and want Mission to be part of us”

The Mission Historical Museum is open from 1 to 4 p.m. Wednesday through Friday and the second Saturday of each month from 10 a.m. to 1 p.m. Admission is free. For more information and to view online exhibits, visit their website missionmuseum.org.