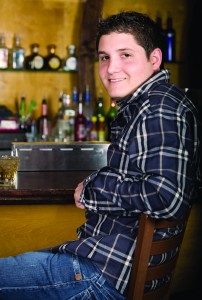 If you were to answer this question honestly, “What age did you look forward to the most? Would it be 21? I think it would. Other birthdays will certainly be special, but never will you be as eager to age as you were at 20. Our 7,665th day on this planet is of special significance not because of the privileges it bestows upon us, but rather because it signifies that we are finally ready to accept certain privileges.

Being told we can’t do something because of our birth date and not our actions, is something we will never enjoy. We are often encouraged to reach past expectations and defy common traditions. So it should be no wonder when someone strives for both.

“That was my biggest problem in the beginning. No one would take me seriously,” remembers BJ Garcia, owner of Medusa Lounge. “I just kept hearing I was too young.”  A phrase without merit, but far from hyperbole. After all, it had only been a year since Garcia had been able to legally enter a nightclub and now he wanted to build his own. In order to do so he would have to prove that age is just a number. A 25-year-old, happily married nightclub owner doesn’t at all fit the perception many have about Garcia.

It’s Saturday night and 3 a.m. is right around the corner. The crowd at Medusa Lounge is long gone, but for Garcia this is overtime.
“Owning a nightclub is a lot of work and a lot of hours. Most people think I sleep all day and only work at night,” said Garcia.
Indeed Medusa typically doesn’t open until the early evening, but the club is like a restless baby that demands constant attention.
“My day usually begins early when my phone starts ringing,” Garcia says. “There’s always something…but I never wanted to be an owner who wasn’t involved.”

Garcia’s involvement has on occasion transformed him from owner to amateur plumber, electrician, and even A/C repairman. Although the latter left him, literally dangling from the rafters, proving that the business is not without peril. You might assume that a Google search and phone call would be an easier solution than tinkering with foreign professions. Except this is how Garcia wants it, and its what he told everyone he was going to do, “Everyone has their passion and this is mine,” he says. 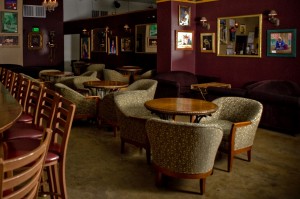 It was a passion that first developed while attending college at the University of Texas at San Antonio. Garcia’s first step would be a tough one—he had to sell his father on the idea. “At first I heard ‘yeah, yeah sure that sounds like a great idea,’ but all that did was add fuel to the fire,” he says sarcastically. Most assumed he would enter the family business, but with a family tree well stocked in entrepreneurs it was inevitable that Garcia would want to branch out on his own. Most believed he wasn’t ready, and this perception would plague Garcia when it came time to raise money.

It would take several loan applications and more than a few raised eyebrows, but Garcia would eventually have his way. He recalls, “My father was a very tough person to convince…but he eventually saw that I was serious.” The rest would follow suit—passion would win out over experience. Garcia’s perseverance would be rewarded with the faith he so diligently sought and with a bank account that was bone dry.

Medusa Lounge opened in Harlingen on October 17, 2008 and was instantly one of the Valley’s hottest nightclubs.
“It was a relief,” he sighs, as he remembers all of the emotions leading up to the big day. “We got our occupancy license and started calling everyone.” The people would come and continue to come. “We’re close to our two year anniversary and we’re still here,” Garcia says.  “Plus, I’m not done…there is more to come.” Garcia shows no signs of slowing down with a second entertainment venue already in development. “I’m still hungry…once you get a taste (of success) you can’t get enough,” he says. There’s still a whole lot more to come from this San Benito native, and once again there will be a new set of expectations. He’ll be ready for them and when he exceeds them, no one should really be surprised, because like he says, “I know where I’m headed and now I know how to get there.” That faith that was so hard to come by before is now in abundance. Does it help that Garcia is about to be 26 and more than half way to age 40? Of course not, it’s just a number.