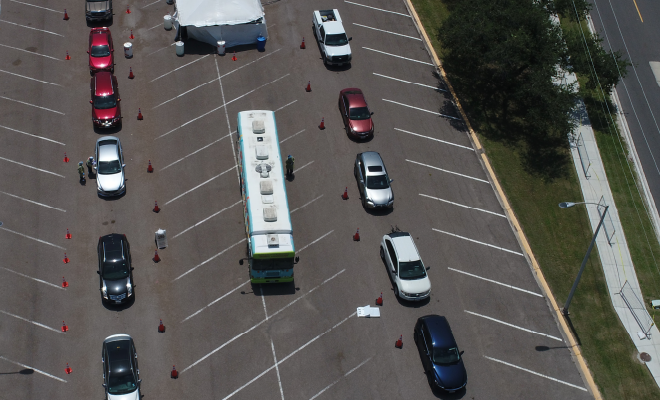 When COVID-19 arrived in the Rio Grande Valley, it was a test for the region’s medical infrastructure. One big positive for this area was the newly built medical school and the support of UT Health RGV.

Dr. Linda Nelson is the senior director of operations of UT Health RGV, meaning she’s been out in the field, on the front lines of testing since the program started testing. The institution was quick to act when they realized how long it took to process local COVID tests. 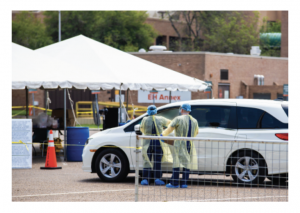 “We were probably one of the earliest testing sites. We had several specimens that we had sent to a lab and the typical response was four to seven days,” she said. “We were so concerned about our patients and the Valley that we began to look for other things. We had the availability on campus with Dr. John Thomas. We had the equipment and we began to really look through the possibility of if we could do COVID testing on campus.”

The testing expanded to not just UTRGV’s Edinburg and Brownsville campuses but also in Mercedes and Harlingen, along with a mobile van in rural Hidalgo County, which is funded by the county.

“We have a mobile team that is going out to colonias and communities to test there because a lot of the citizens aren’t able to get to a testing site,” Nelson said. “That is free and paid for by Hidalgo County. We started the last couple of days of August. We’ve been to San Carlos, to Granjeo, to La Joya, Alton, Alamo, Edcouch, Monte Alto. So we’ve been around and about. It’s been really interesting. We’ve been well-received.”

Consistent free testing has been crucial in this area to ensure there are no barriers to residents knowing their status with the novel coronavirus.

“I want to say to the community that we’re here to care for you,” Nelson said. “That’s what having a med school in the Valley is like. We’re new to the Valley and residents don’t all understand what we do. It’s not just about a university. It’s about the care we give.”

UT Health RGV quickly became the Valley COVID testing and processing hub, going from a few hundred tests in a day to the capacity to read 2,000 tests in a day and have results back in 24 hours.

“I think we continue to plan and rise to the occasion,” she said. “We have seen a decrease in testing numbers around the world but definitely in the nation. We’re as worried about the winter as everyone is, especially with the influenza community. How do you separate those symptoms from COVID? The answer is testing.”

She said even though there has been a downtick in testing and cases, the uncertainty is still here with some looming changes.

“It might be just as important as during the peak when the winter comes,” she said. “We don’t know what’s going to happen with kids going back to school and athletics starting. Kids are in the classroom, teachers are exposed, fellow students are exposed. We have to be there to meet those needs and we are.”

Have you received free COVID testing through UT Health RGV? #JoinTheConversation at facebook.com/rgvisionmagazine.