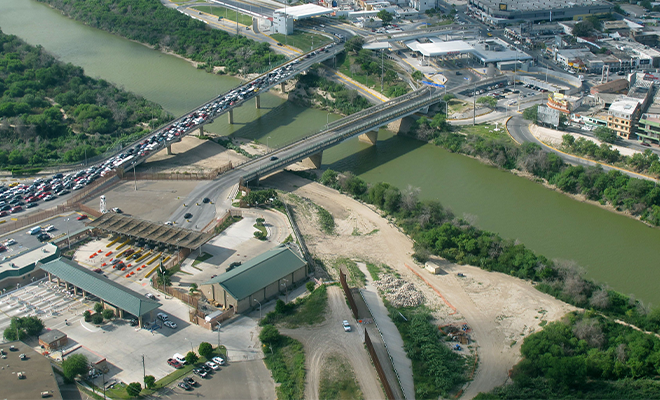 The U.S. trading relationship with Mexico is essential to the Rio Grande Valley and the country’s economic health, which is put at great peril if new tariffs are imposed on Mexican imports and if the United States-Mexico-Canada Agreement (USMCA) is not ratified.

A new analysis by the U.S. International Trade Commission makes a persuasive case for the USMCA’s speedy adoption, which will lead to job growth and greater prosperity.

According to the ITC report, the USMCA is poised to raise U.S. real GDP by $68.2 billion, or .35 percent, and it will result in an estimated 176,000 new U.S. jobs. The new USMCA makes major and important upgrades over NAFTA, from e-commerce, to intellectual property protections, to enhanced agricultural access. The USMCA positions the U.S. economy for further growth.

Members of Congress from both parties have the opportunity to implement policies in the USMA that will impact trade and commerce in the Rio Grande Valley.

U.S. goods and services trade with Mexico totaled an estimated $671 billion in 2018.

U.S. Census data released in April 2019 reflects that Mexico’s trade with the United States rose to $97.4 billion for the first two months of the year, making Mexico the U.S.’s top trading partner.

Tariffs: Taxes on U.S. Consumers, Manufacturers — and a Drag on the U.S. Economy

Tariffs are borne by the importer and passed along to consumers in the form of higher prices. A 5 percent tariff on imported goods from Mexico, which last year totaled $346.5 billion, would result in a potential tax increase of $17 billion on American businesses and consumers. That number would eclipse $86 billion should the tariffs reach the president’s threatened cap of 25 percent.

Goods imported from Mexico are varied, affecting all aspects of the U.S. economy.

Border states are especially susceptible to economic disruption from tariffs.

The U.S. and Mexican economies are inextricably linked. The U.S. is the destination for nearly 80 percent of Mexican exports. The inputs help keep costs down for U.S. manufacturers and drive greater price competition on store shelves.

It’s a trade relationship that has delivered decades of bilateral stability, allowing both countries to prosper.

The USMCA represents a needed modernization of the U.S.-Mexico-Canada trading relationship for the 21st century. Our energy should be directed toward ensuring its implementation, not on driving up costs and hurting U.S. consumers and manufacturers.