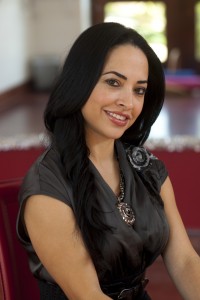 “Everything in the universe has rhythm. Everything dances.”-Maya Angelou

The journey began with admiration of her mother, Sachenka Gramoff, a renowned Russian artist who inspired her daughter to live by the beat of her own heart. Born in Mexico City, Susy Gramoff was filled with the awe of cultural diversity, triggering a passion for dance unequivocal to any experience she’d ever known. To follow her heart, she’d travel half way around the world to discover dreams do come true when you replace fear with fortitude, doubt with determination, and pursue passion with perseverance. These qualities would cultivate a trajectory of timeless art, overcoming trials and tribulations; honoring a culture, community and a love of art.

Gramoff is the Owner and Art Director of Susy’s Dance and Fitness in McAllen, Texas. Born in Mexico City, Susy moved to McAllen when she was 14. Studying Flamenco and Bellydance in Mexico City was as diverse as her roots. Half Russian, Arabian and Spanish, Susy admits the combination of many cultures cultivated her love of dance. At 18, she made a decision that would change the course of her destiny and provide the turning point for her future endeavors. There was only one place in the world she needed to be. The birthplace of Flamenco- Sevilla, Spain.

“I took my mom’s credit card with four-hundred dollars on it. I used another card to buy my plane ticket,” she confesses. Arriving in Spain, she had two-hundred dollars in her pocket, not enough to rent a room to stay. She found boarding with an Italian family in a tiny room with barely enough room to stand up. “It was one of the hardest things I’ve ever gone through,” she admits. “But I was determined to do what I came to do.”

Susy trained and performed under the supervision of iconic dancers such as Jose Galvan and his son Israel Galvan, as well as Juan de los Reyes. She moved into the Galvan’s apartment building in Sevilla where she witnessed rehearsals with many of the most famous dancers and musicians around the world. “I was in complete awe. It was a turning point for me. I could hear and see all the mega productions for Flamenco. I saw many famous people. My hard work had opened this door for me.”

Susy studied for five years to become certified by La Fundacion de Cristina Heeren in Sevilla, Spain. “I had the best teachers in the world to learn from,” she acknowledges. 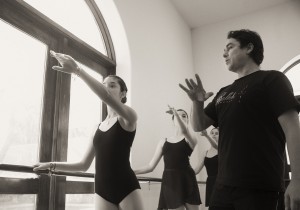 It was a time of unwavering discipline. Eight hour days dancing and perfecting her craft. She quickly learned if you want it, and you want to dance the right way, you must be disciplined. “It’s about learning to understand the culture in order to feel it; and if you feel it, those around you will feel it too.”

Everything changed the day she received a call from home. Her mother had a heart attack. It was a difficult decision leaving her life and career in Sevilla, but her mother came first. “Life doesn’t always turn out the way you expect.” 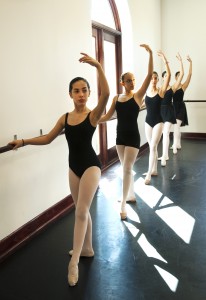 Susy admits it was another world in terms of Flamenco. “It didn’t exist here,” she says. “I remember going through the art village. Everything was empty, but I had vision that day, and I knew what I had to do. There weren’t any good dance schools who taught good technique. That’s when I decided to open a school.”

There was both hope and heartache in this new endeavor. Her mother had regained complete health, however, two days before the studio opened, Susy’s father passed away. It was another disappointment to bear. “I called my sister in Austin, asking for help. She came with her husband, Rolando Pacheco, a well known dancer and graduate of the National Ballet of Cuba.” The decision was made to work together. The school opened in October 2009 in a small 600 square foot building. Within six months, tremendous growth demanded they open a second studio upstairs with an additional 2500 square feet. “We are a very close knit family. All of us participated to make it work,” she says.

The studio caters to ages three and up, offering everything from singing, acting, and acoustic guitar to flamenco, ballet, jazz, hip hop, bellydance, yoga, and a mix of salsa and merengue. The staff are all highly qualified and certified instructors. “I have such a incredible staff,” says Susy proudly. Susy’s Dance is teaching a new discipline with the kids. “We work on technique, posture, and acquiring the skills of a true professional. Even if dancing is more of a hobby, we want you to do it right,” she adds. One of the shows currently in preparation for 2011 is Sleeping Beauty. “Our kids are working with professionals to prepare for the February show. We are working with the Houston Ballet and the Monterrey Ballet.”

“I tell my students if you love what you do, especially dancing, which is one of the hardest careers, it’s not impossible. If you have the drive, you can accomplish whatever you want. It all comes down to passion.”