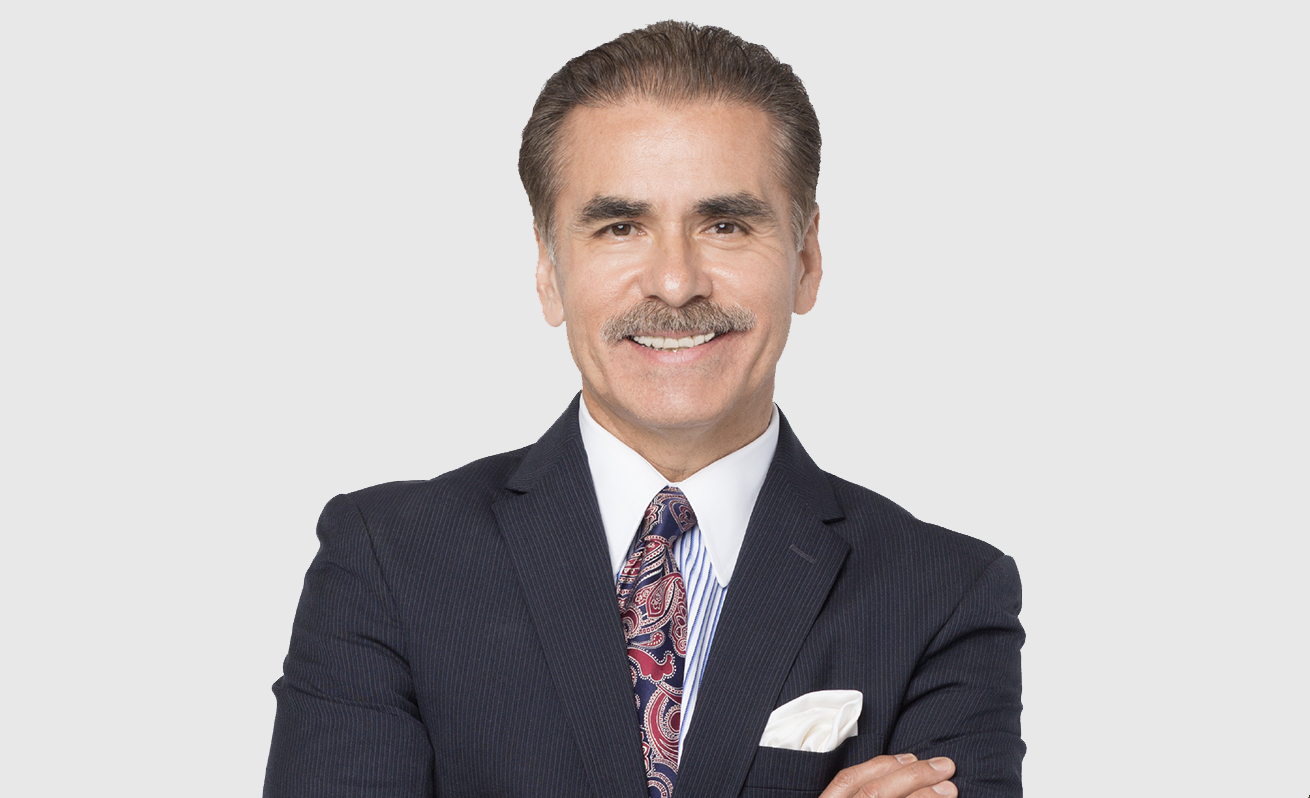 With more than 30 years practicing law, attorney David Calvillo shows no signs of letting up, continuing to push further in his career with support of his family and his faith.

A business trial lawyer, Calvillo graduated from the University of Texas at Austin School of Law and is now senior counsel for Chamberlain Hrdlicka, a law firm based in Houston. But as if that weren’t enough, he is pursuing an advanced law degree at Georgetown University Law Center, specializing in tax law.

“My parents say that I always wanted to be a lawyer,” Calvillo said, a Weslaco native. “I don’t remember that.”

What he does recall, he said, was wanting to attend law school after watching “The Paper Chase,” a 1970s film about a Harvard law student.

“I relished the opportunity to do that, to be involved in that kind of endeavor,” Calvillo said.

And although he was accepted into the prestigious Ivy League school, his dream was attend the law school at the University of Texas, so that is where he enrolled.

During law school, he got the opportunity to work in all three branches government at the state level: he worked in the Legislature as a legislative aide, he worked at the Texas Supreme Court as a judicial intern, and he worked in the Texas Attorney General’s office as an auditor.

Following his graduation, he worked at a large San Antonio law firm called Dykema Cox Smith Law Firm, known as Cox and Smith at the time. He later taught commercial law at St. Mary’s Law School until he and his wife started having children. At that point, in the early 1990s, they moved back to “God’s country” — also known as the Rio Grande Valley.

“So that my now-older children would have the benefit of growing up with their extended family in ‘God’s country,’” he said, using his nickname for the Valley.

He now has eight children who range from 28 to 4 years old. They provide plenty of motivation to work, he said, but are still a blessing.

However, he couldn’t afford to go straight to law school after college so Calvillo became a certified public accountant, a career path his father — then a director of career education in Weslaco — had told him was stable because accountants were always in demand.

Now, 30 years after graduating from school school, he has managed to merge the two careers as a business trial lawyer and his tax practice.

Reflecting on his career in law, what he remembers most are the clients he was able to help as well as the attorneys and staff he worked with.

“That’s what it’s about,” he said. “It’s about those relationships and the opportunity to help people.”

Throughout his career, Calvillo received his fair share of accolades, including being named to the “Texas Super Lawyers” list for 12 years in a row. Super Lawyers is a rating service that partners with Texas Monthly.

“What I like about it is that to me, it reflects what a good team of people I’ve been able to work with over the years,” he said. “From attorneys that worked with me on matters that were successful to legal assistants and receptionists that took care of me and took care of my clients.”

But it was also a reflection of his family, he said, who stick with him, pray for him, and wish him well.

Calvillo and his partners at Chamberlain Hrdlicka represented a man from El Salvador who was facing deportation and thus separation from his wife and children. They will be honored for their work on the case in June when they will be presented with the award at the annual meeting of the Hispanic Issues Section in Austin.

Tying everything together from his family to his career in law, accounting and teaching, is his faith. In 2009, he had a different kind of “9/11 experience.” On Sept. 11, 2009, he participated in an ACTS retreat — evangelical, four-day-long getaways held throughout the country.

“It saved my life and it changed my life,” Calvillo said of the experience. “It revealed to me that what my mother had been telling me all these years was absolutely right,” he said, “and that was that I should make my Catholic faith the most important thing in my life.

Everything he does, Calvillo said, has to be in service to God.

“I don’t always follow that because I’m a sinner and I need God’s help,” he said, “but I try to keep that message essential to what I do.”