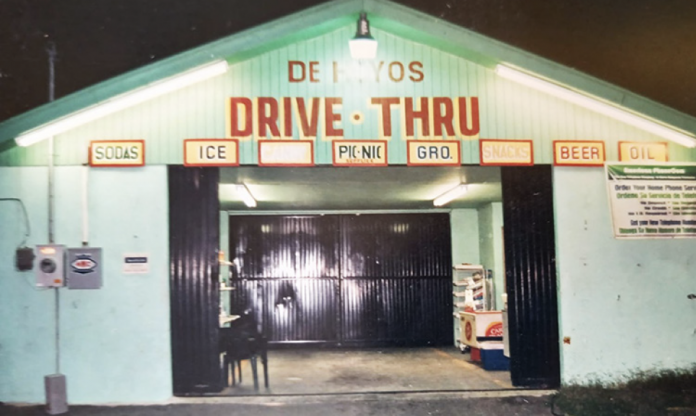 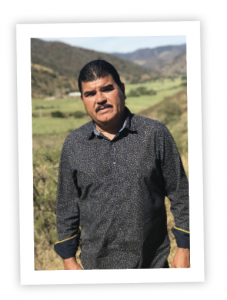 Juan De Hoyos walked into court in Edinburg. His mission: to make De Hoyos Drive-Thru a registered business. He wandered around, asking employees there for directions to the office that will help him achieve his goal. After the staff answered his questions, he found where he needed to go. A woman greeted him and directed him to a book that listed all the registered businesses — the purpose is to make sure no one else claimed his drive-thru’s name. He perused through the book, looking for other drive-thrus; however, there were none in 1996. That was how he discovered he started the first drive-thru in the Rio Grande Valley. After filling out paperwork and paying $13, his next step was city hall in Palmview. This is where he filled out more paperwork with De Hoyos Drive-Thru’s address, Federal Tax Identification Number, and paid a yearly fee.

Twenty-five years later, the drive-thru still stands, although it has gone through name and ownership changes. Regardless, De Hoyos holds the title of first drive-thru in the Valley close to his heart.

He saw drive-thrus operating in Mexico, watching cars drive in and leave with snacks, sodas, and alcohol. De Hoyos decided he wanted to bring that to the Valley. He had no doubt it would flourish here — its uniqueness aided the success.

The community appreciated De Hoyos’ drive-thru as it allowed them to dress casually — some even came in pajamas — without worrying about their appearance and being able to drive home quickly. Even Winter Texans enjoyed the drive-thru.

“[The community] would tell him that it was pretty and it was something new they haven’t seen,” said Alondra De Hoyos, De Hoyos’ daughter, translating for her father. “Thankfully, because they went to see what was going on … they became frequent customers.”

Changes came to the Valley four years after De Hoyos Drive-Thru opened. He and his faithful customers noticed more drive-thrus popping up; some asked De Hoyos if he owned them, to which he answered that he didn’t. He didn’t see them as competition because he understood that everyone needs to make money.

Of course, maintaining a following is challenging. The drive-thru achieved this by having the products sold at affordable prices, which added to its success, customer retention, and compliments from beer delivery drivers.

“The people who [brought] the beers tell him it’s the drive-thru that needs more beers because they sell them fast, even though there are other drive-thrus closer to the company that brings the beers,” Alondra De Hoyos translated.

De Hoyos’ drive-thru was a hit in the Valley. There has been a time where more than 25 cars lined up. Unfortunately, this attention became stressful for De Hoyos — drive-thrus don’t get holidays off. The stress caused him to change the drive-thru’s ownership. After giving control of the operations at De Hoyos Drive-Thru to a new owner around the 2000s, they changed its name to Ramos Drive-Thru; it held that name for 17 years. Now, it’s called El Mexican Drive-Thru, located at 600 E. Loop 374 in Palmview.

De Hoyos hopes the future of the historic drive-thru is to keep bringing in customers.