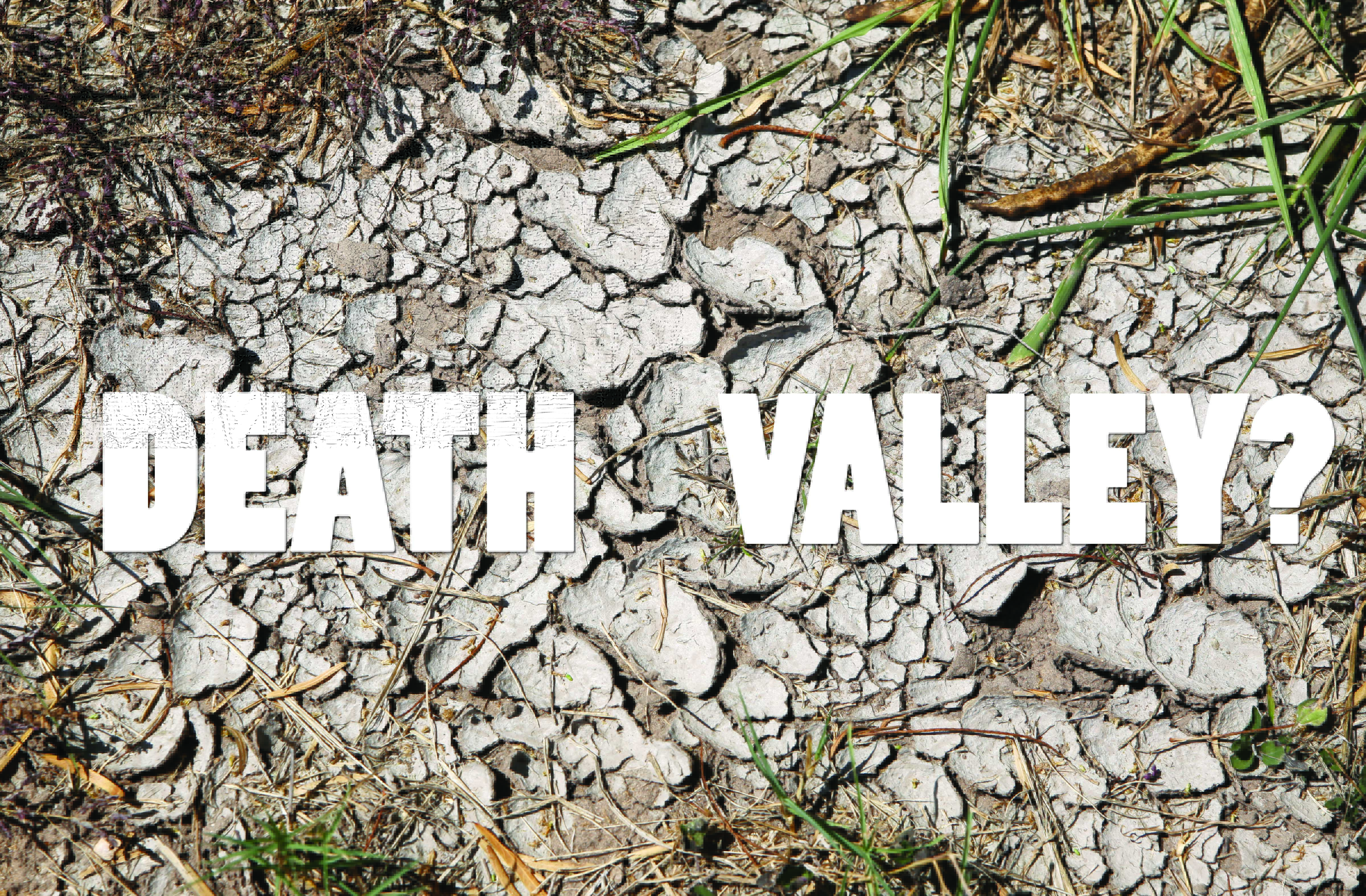 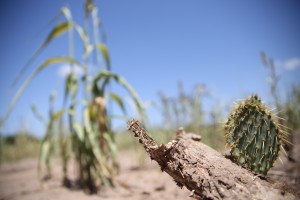 The issue of water shortage in South Texas is not a popular one.  You won’t find many national headlines splashed with stories chronicling the agony farmers face as they watch their crops suffer day-in and day-out, without a single raindrop falling from the sky.   But even the occasional rainfall wouldn’t rescue these thirsty crops.  To say that the Rio Grande Valley has slowly, over time, become more likened to Death Valley is no exaggeration.

While farmers desperately pray for Mother Nature to rain down on their crops, there’s another controversial issue brewing on the border, one that is completely manmade and salvageable during these critical times – and that’s Mexico’s delinquent water debt.

“I believe that if we don’t get a rainstorm of some kind, and if Mexico doesn’t comply to their treaty obligations, then we will be in serious peril,” said Joe Barrera III, Executive Director at Rio Grande Regional Water Authority (RGRWA).  “Our need for water is critical to the survival of the agricultural industry.  But Mexico is always waiting for a storm event to bail them out of their obligation.  They hope for that.  The big issue we have is that Mexico doesn’t treat the U.S. as a water user.”

The story goes like this: under the specific terms of the 1944 Water Treaty, Mexico is required to release water from their side of the Rio Grande into their tributaries for use by the U.S. on an annual basis – with an agreement of at least 350,000 acre‐feet of water per year.  And although the U.S. has consistently kept its promise to deliver water to Mexico from the Colorado River, the same cannot be said for the Mexican Government.

“Coupled with Mexico’s water deficit to Texas, this drought has already brought devastating losses to both the farming community and the municipalities served by those irrigation districts who either are already out of irrigation water or are running short,” said Lambert.

Since irrigation systems also deliver municipal water supplies to treatment plants, it’s not just the farmers who are ultimately disturbed by the water shortage.   Municipalities are also affected economically when there is a lack of push water coming from the irrigation systems.

“Most municipalities depend on irrigation water in the canal system to push their municipal water to their treatment plants.  Without irrigation water in the canal systems, municipalities are forced to purchase water wherever they can find it, in order to fill that system to get their water to their plants.  This is an expense that is not normally considered or expected by cities.  It’s adding an extra financial burden to the cities that will pass that cost onto its residents.”

According to Lambert, Texas A&M has already estimated losses in excess of $400 million annually, as well as 5,000 jobs with the complete loss of agricultural water by either severe drought or international issues.

“At this point, there are only two things that will change our situation right now,” said Lambert.  “The first is Mexico’s release of the water as per the 1944 Treaty, and the second would be a major tropical storm to fill up the Falcon and Amistad Reservoirs.”

As it stands, Mexico currently owes the U.S. more than 450,000 acre feet of water – with the lower Rio Grande Valley feeling the greatest affects of that debt.  Should Mexico pay this debt, Barrera claims that this amount of water would sustain them for a period of time.  “It would definitely keep the municipalities of the water valley afloat for two years.”

But until that debt is paid in full, the fear of economic turmoil will continue to radiate throughout the Valley.

“We are down $1.1 million in water sales from this time last year,” said Troy Allen, General Manager of Delta Lake Irrigation District.  “If this trend continues and we don’t receive any rainfall or relief from Mexico by paying down their current deficit of water owed to the US, then we are facing a loss of up to 1.4 million in water sales this year.”

Although many are unaware of just how critical the water shortage is in South Texas, several political whistleblowers are working to legislate law that would require Mexico to comply with the treaty’s terms – those whistleblowers include U.S. Senators John Cornyn and Ted Cruz, and U.S. House members Filemon Vela and Mike Conaway.  The WATER Act (also called the “Working to Address Treaty Enforcement Rapidly for Texas” Act) is a bill sponsored by Cornyn that was recently submitted to a congressional committee on June 10, 2013.  If passed, this bill would require the Secretary of State to submit to Congress reports on water sharing with Mexico, in order to hold the government accountable to their terms.  Other lawmakers have joined in this fight – including Governor Rick Perry, Texas Agricultural Commissioner Todd Staples, and Representative Eddie Lucio III.

Four of the counties served by RGRWA have been classified as “severe” or “exceptional” drought areas.  Those regions include Cameron, Willacy, Hidalgo, and Starr counties.  The water used in those regions comes from the Amistad and Falcon Reservoir System, which are operated by both U.S. and Mexico water users through the International Boundary and Water Commission.

With the current levels in those reservoirs approaching extreme low marks, those regions will continue to serve as severe drought areas in the Valley.

As for the farmers, they must make due with the little water that was reallocated to them.

“Farmers in some irrigation districts were rationed small amounts of water for crops in 2013, with some only having sufficient water to plant and not irrigate anything past that point,” said Lambert.  “As a result, they have now become completely dependent on Mother Nature.”

Bobby Sparks is one of those farmers who hopes Mother Nature will send him some big thunderstorms.  As one of the biggest sugar cane producers in the lower Rio Grande Valley, he feels the negative impact of water shortage – and it scares him.

“Water shortage is a huge issue for us,” said Sparks.  “We make our livelihood with water.  Everything we grow needs water.  It is literally how we survive.  So if we don’t have water, then it affects us severely.  At this point, it will take a big storm to save us – a flood to break this cycle and fill up those dams.”

Because of the severity of the drought, Sparks said that some fields he had to stop planting in just to keep his sugar cane alive.  In fact, many sugar cane producers have had to make tough decisions regarding their crops – literally choosing one over the other.  Would they focus more on the cotton, corn, and grains?  Or would they turn their attention to sugar cane?  It’s been a tough battle for farmers to fight – one that hopefully will be resolved through Mexico’s compliance or through Mother Nature. Only time will tell.