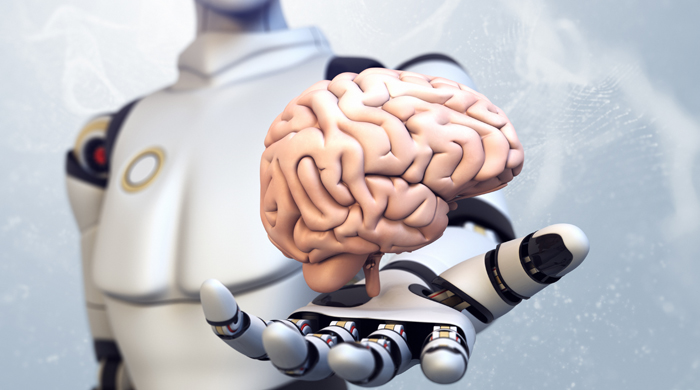 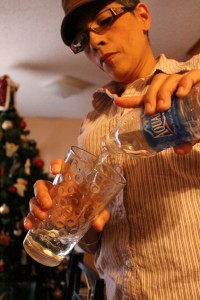 For all of her life, Isabel Muniz has struggled to accomplish most things people take for granted. Things as normal as sipping a cup of coffee or enjoying a meal in town became persistent challenges as Muniz coped with the tremors– uncontrollable shaking in her hands that have worsened as she grew older.
Not once did she realize she would be the first of many to take a stand against the debilitating condition by opting for a surgery she said has changed her life for the better. Muniz, 45, and a mother of four, was one of the first patients at Edinburg Regional Medical Center to undergo Medtronic Deep Brain Stimulation (DBS) Therapy.
The treatment uses a surgically implanted medical device, similar to a cardiac pacemaker and sometimes referred to as a “brain pacemaker,” to deliver carefully controlled electrical stimulation to precisely targeted areas within the brain, specifically those that control muscle and motor functions. Stimula- tion of these areas interrupts the brain signals that cause the motor symptoms associated with the three most common movement disorders – Parkinson’s dis- ease, Essential Tremor and Dystonia. 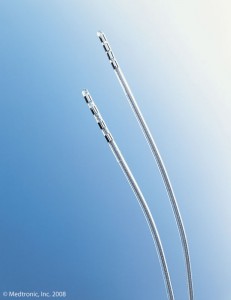 “The surgery was not easy but absolutely worth it,” said Muniz, who now lives with the pacemaker device implanted in her chest and abdomen in order to control her tremors. The most positive aspect of the procedure, Muniz said, was establishing something most people take for granted.
“I have never been able to do anything without my hands shaking. That’s all I’ve known,” Muniz said. “This (Deep Brain Stimulation procedure) has changed everything. I can put my makeup on for the first time. I can pour a cup of coffee with- out getting burned. I can do everything now, the way most normal people can.Before, I wasn’t able to do this.”
Through an external control, she is able to turn the device off and on, and her tremors return immediately once it’s off. Muniz said she has dealt with the tremors since she was three years old. Rather than seek treatment, which, up to recently was not available in the Valley, she built her life around her symptoms, including
avoiding traveling or eating in public. “They call them benign tremors, for some people it can be in their voice or in their legs, or any of their extremities,” Muniz said. “It held me back from doing
a lot of stuff. I didn’t like to go out to eat in public because people stare.”
The condition is hereditary. Muniz said it has passed to one of her four children, a son whom she is trying to convince to undergo the surgery if his conditions persist. “I have told him how well the surgery has worked for me, and that’s an option for him when he gets older if his tremors get worse,” she said. 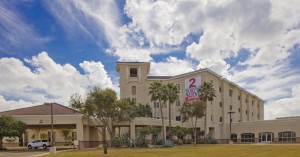 Staff and medical professionals with Edinburg Regional Medical Center are already anticipating an influx of patients with the condition. An assessment of admissions from 2011 and 2012 has signaled that more than 600 patients at Edinburg Regional Medical Center suffer from some sort of movement dis- order. Those findings prompted South Texas Health System to invest more than half a million in equipment and staff to brand Edinburg Regional Medical Center as the premier location in the Upper Valley for neurosurgical care.
“Part of the vision of the hospital is we have become more of a neurosurgical institute with major surgical service lines like orthopedics and neurosurgery, which are very interrelated,” said Jason Chang Chief Operating Officer at Edinburg Regional Medical Center.
“You have to have leadership, someone who is saying ‘this is the direction we are going and we are going to invest in it,” Chang said. “From the people, to the equipment, to patient outcomes and partnering with the right entities like Medtronic, you just don’t put together a service line and say ‘ok, here it is.’ You have to market it, and you have to get the word out that not only do you do this, but you are excellent at it.”
By bringing in some of the foremost experts in neurosurgery, including Dr. Jose Dones-Vasquez, administrators at Edinburg Regional Medical Center say they are working to ensure that the hospital becomes the segment of their net- work of healthcare facilities specializing in neurological care. Edinburg Regional Medical Center is a South Texas Health System facility. South Texas Health System is the Valley’s largest healthcare provider, and its other facilities include McAllen Medical Center, McAllen Heart Hospital, Edinburg Children’s Hospital, Cornerstone Regional Hospital, and South Texas Behavioral Health Center.
“This reinforces the fact that the Valley has been underserved for this kind of therapy. Clearly there are patients with these diagnoses who could definitely benefit from this treatment,” Dr. Dones said. “The technology is the best. It’s advanced technology. There is nothing that compares to it. Medtronic is the only company that offers it. The equipment that the hospital has, everything is top of the line, from their radiology, to the latest hardware for the surgery.”
Specializing in neurosurgery, Dr. Dones provides care for problems involving matters of the brain, spine, and peripheral nerves. Their work extends to the treatment of disc herniations, arthritic treatment, brain tumors, Parkinson’s disease and vascular problems. 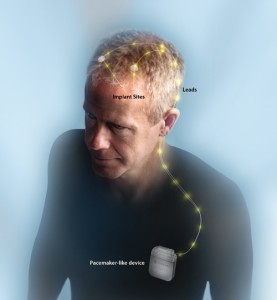 Each of our South Texas Health System hospitals is known for something different,” said Edinburg Regional Medical Center Chief Executive Officer Jennifer Garza. “McAllen Heart Hospital specializes in matters of the heart. McAllen Medical Center is known for trauma care. Edinburg Children’s Hospital stands out for pediatrics.
“Specializing in neurological care and senior health issues is the path we want to go down and what we want to be known for,” Garza added. “It starts with deliberate baby steps and we think we have done really good job in preparing everybody for it.”
In Muniz’s case, she waited for almost 15 years, from when she first learned about the procedure until her recent surgery. She praised Dr. Dones for his treatment and for the work that still has to be done to combat this condition among patients in the region. Muniz said she will continue to work closely with refer- ring neurologists post-surgery as she did before the procedure. Both components are key to a successful surgery, according to doctors.
“When they turned on the machine, I started crying because I saw that my hands weren’t shaking anymore,” Muniz said. “For people who have suffered through tremors like I have, they are willing to do almost anything. I would tell people that if medicine hasn’t helped them, to look into having it done. It’s a
strange feeling, but it’s well worth it.”