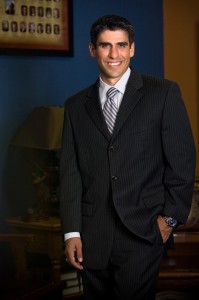 State Representative Eddie Lucio has many reasons to be proud. Since he was elected into office in 2006, and re-elected in 2008, he has managed to bring many positive changes to his constituency. For this fifth generation Texan, born and raised in Brownsville, nothing could make him happier.

One bill that Lucio sponsored and that recently passed authorizes the University of Texas System Board of Regents to establish the University of Texas Health Science Center-South Texas. Lucio is particularly excited about this because of its far-reaching, long-term ramifications for South Texas. “First of all this allows the Regional Academic Health Center to be expanded to a health science center that will consist of a medical school,” Lucio explains. “Historically any area that has a medical school sees a dramatic increase in the quality of medical care for a broad spectrum of people.” Indeed he is right, when medicine is made a central focus of a community, the number of people receiving quality care expands. Not only that, Lucio sees the economic ramifications of building a medical facility in South Texas too.  The two are inexorably intertwined.

One aspect that particularly delights Lucio is that many local organizations, in anticipation of a brighter future are working together to make their communities healthier. “We see more biking and hiking trails,” Lucio says, “and more running clubs have started up. I am also happy to see more farmer’s markets springing up, allowing those who did not have easy access to fresh fruits and vegetables to now purchase them.”

Lucio is making strides in education too. He is concerned that for the first time in American history the generation currently growing up will not live as long as their predecessors. Rising obesity, diabetes and related heart issues are at the center of the problems, and early education is the key, maintains Lucio. The earlier one is taught right nutrition, how to cook healthful foods and to exercise the better one’s chances to live a long and healthy life. Right now Lucio is concerned that we could be raising smart kids, mentally strong but physically weak. He wants to focus on the whole person, ensuring that they receive proper mental and physical stimulation. He works with organizations like the American Diabetes Association to get the right literature into people’s hands. “Education is the key,” Lucio says adamantly.

Children are near and dear to State Representative Lucio’s heart, especially since the birth of his own daughter Olivia in August 2009. He sponsored and authored legislation that extended the existing CHIP program offered in Texas. This legislation established the Medicaid Buy-In Program for children with special needs, early childhood health and the expansion of insurance coverage for those with special needs. “Parents who have children with special needs themselves face unique challenges,” Lucio says seriously. “Their medical bills are of necessity higher than other families, and they should not be penalized because they are doing the right thing for their child.” It is apparent that Lucio does not speak flippantly — he really does care. That caring shines through in almost every word he says regarding education, health and medical care.

He is not scared to talk about the tough issues either, like illegal immigration. Lucio supports comprehensive reform to the current immigration laws which are woefully outdated. He also believes the United States should be doing more to support our Southern neighbor. “We provide aid to so many countries around the world, and yet here is a country literally on our doorstep who could really use our help.” He is not talking about just giving money to Mexico, which would be a short-gap measure, but by helping to create a workforce program in Mexico so they can generate their own wealth. “There is no middle class in Mexico,” Lucio explains, “so most people coming over are coming over not because they are Yankee fans, but because they need to put bread on their family’s table.” He believes by investing in a workforce program the United States and Mexico would reap mutual long-term benefits. He sees what previous administrations have tried to do as mere band-aids, and really wants to be part of a solution, one that works for everyone. “We owe a debt to Mexico too,” he says. “Mexican nationals come across the border and work and spend their money in our cities. If we can work together to find solutions I am confident that drug cartels would dwindle and immigration could be contained.”

Lucio comes from a long line of people who have given themselves to public service. Eddie’s father is State Senator and he and his father share many of the same passions — education, health care and the environment. Although Lucio runs his own law practice, he has made serving his constituents his #1 priority. Fortunately, his wife, Jaime is fully supportive. “She is a stay at home mother for the moment,” Lucio says, “but she is also an accountant, so she keeps the firm’s books for me.” He maintains he could not do all he does without his wife alongside him. “I am a lucky man.”

Lucky or not, Lucio has proven that his hard work for his district has certainly paid off. He can look with pride at what he has achieved in the last four years and what he can hope to achieve in the future. With a desire to make life better for all those in South Texas, he vows to work as hard now as when he was first elected into office.  Lucio has incredible drive and passion, and it shows in what he has already put into place, and in his plans for the future.