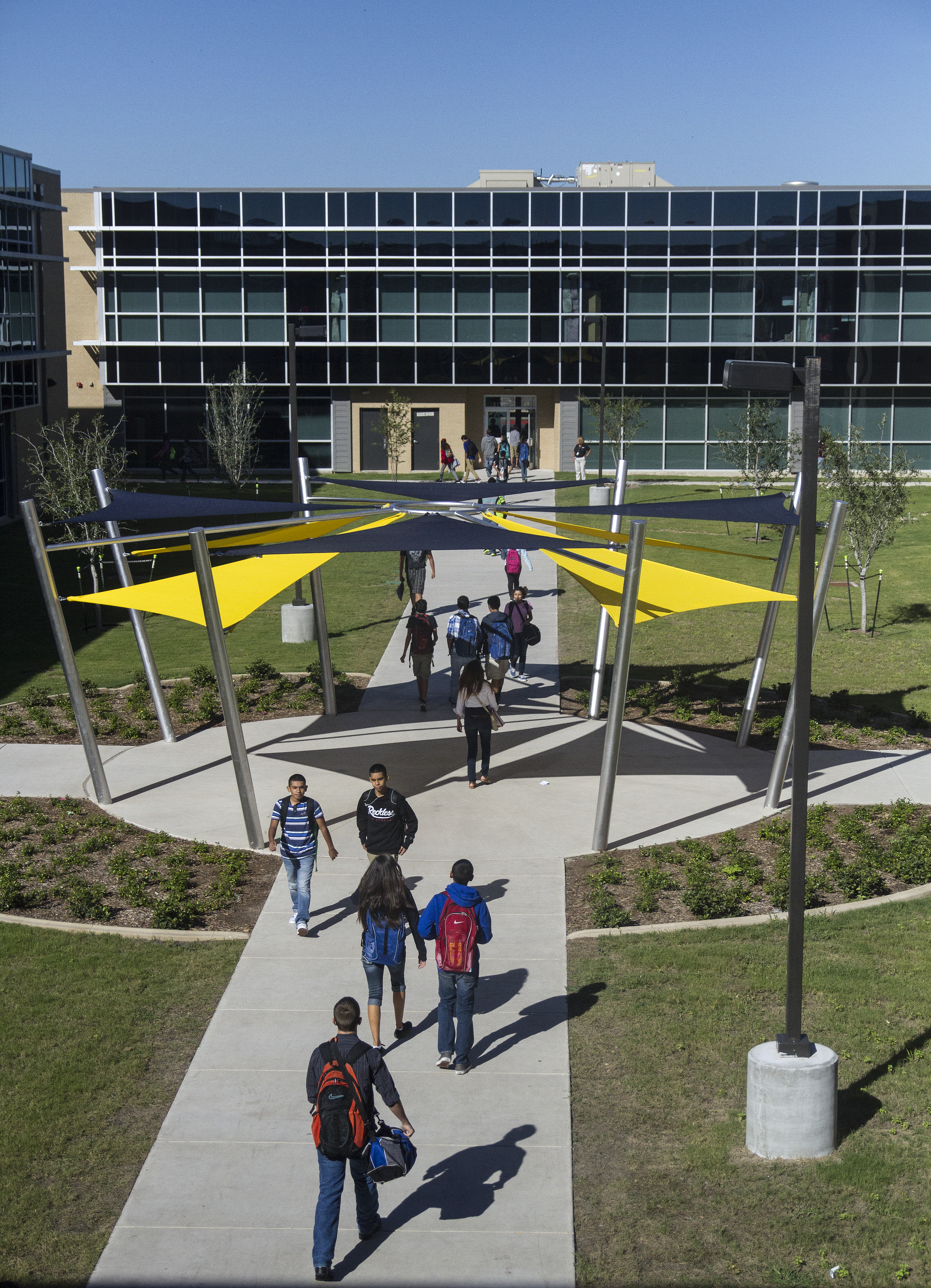 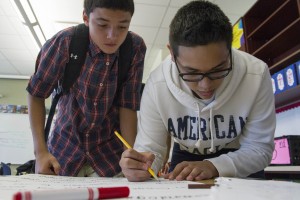 There is always a different pathway to try.

Those who are among the first to enter Harlingen CISD’s innovative new program targeting college readiness and beyond say their future becomes clearer every day.

At the same time, innovators within the district say the goal is to begin injecting excitement among entering ninth grade students eager for a head start on their careers, and eventually life after school.

“It’s advanced in the technology and the learning process,” said Daniel Castillo, 15, a freshman at the district’s new Cano Freshman Academy, which carries the district’s mission to enable students to find their passion, which in turn allows them to be more engaged and be more successful throughout their lives.

Castillo, who said he has aspirations to become a medical doctor, says he values the options being offered at the campus, which are unique for those in his grade level.

“It gives you an option of what you might want to pursue in college. There is always a different pathway you could try,” he says.

When leaders at Harlingen CISD began developing their concept for a new technology-focused campus, they realized that the most crucial steps towards graduation began in ninth grade.

“When they leave our high schools, we want them to be focused on their career paths so they are not changing their majors in college when it’s costing them money,” Cavazos said.  “We want to expose them to these kinds of careers where they are focused and they say ‘this is probably what I want to pursue.’  So they are more focused when they graduate from our high schools.”

The Board of Trustees approved Dr. Abraham P. Cano Freshman Academy and the Raven as the name and mascot respectively of the ninth grade campus during their November 2012 Board Meeting. 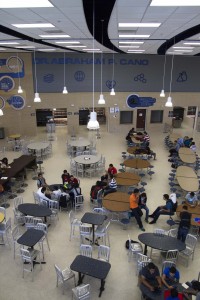 The academy, located at 1701 Lozano, was approved by voters in the district’s 2010 $98.6 million bond issue to serve all ninth grade students from Harlingen High School and Harlingen High School South.  The technology-focused campus is based on the Project Based Learning (PPL) model, which concentrates on the students’ application of information, where teachers serve as learning facilitators rather than lecturers.

The objective is to place students into one of five academic schools that will serve as programs of study throughout their high school education and provide more attention to struggling students during an important year of high school.

The academy, which opened in September with at least 1,300 students, is centered around the five campuses and modeled in part by the Texas Legislature’s HB5, which was passed during the 83rd session.

In HB5, one of the key components of that bill centers around endorsements, which HCISD has taken a step further.  The endorsement model at HCISD has instead become “schools” in STEM, Business, Education, Health Science, and Liberal Arts.

The concept is, when students enter the 9th grade academy, they choose one of these five fields to specialize in, which then dictates their coursework throughout high school.  Students are given the freedom to change these fields as they make their way through high school.  The key is to let them make those choices now, rather than in college.

“We are ahead of the game in that we created this campus centered around the five programs of study,” Cavazos said.  “While other districts may be looking at aligning their current practices to these endorsements in HB5, we actually have a jumpstart.  We are in a great place that really aligns with our transformation in the district.  Our campus was designed around these programs of study.  We are in a great position to take advantage of the next steps in HB5.” 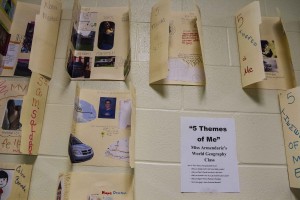 Although the premise is the same, the academy is not completely centered around HB5, according to district leaders.  The unique aspect of campus is its approach to educating students.

The campus Project Based Learning model means the classroom is “flipped,” meaning students are facilitating the learning, with teachers acting as a mobile advisor in terms of how to guide the lessons plans, district leaders say.

The focus of PBL is to promote high rigor and to build creative thinking skills by having students work collaboratively to solve problems with real world applicability in relation to a topic or topics determined by the lesson’s Texas Essential Knowledge and Skills (TEKS).

“We take that PBL model and do it campus-wide.  That’s the combination of the HB5 model, school model, and PBL,” said Raul Alvarez , HCISD Director of Career and Technology.

“What we have done is taken what has worked in colleges for years,” Alavarez said.

“You know, when you register and you want to become a college student, they hand you a graduation plan.  If you want to graduate, these are the courses you have to take,” Alvarez said.  “The only difference between them and us is at a college level, if the classes fill up and you can’t take it that semester, well then you can’t take it.  You either have to take an elective or something else.  With us, we can’t give the kids that option.  They need to be in school taking so many credits every year.  That’s why our graduation plans tie together.  It’s to make sure they are taking all the electives and credits they need to take.”

Leaders at Cano say the intent is to create an environment where they would want their own children to come in and learn.

“Being a role model of great character and showing students that in order to be respected, you have to respect them first. We want to respect our students, we want people to feel welcomed here,” said Cano Principal Vivian Bauer.

“The students are experiencing here the opportunity to hone in on their 21st century skills and to become students who are ready for their future, and really, for our futures, because our students affect our lives as well,” Bauer said.