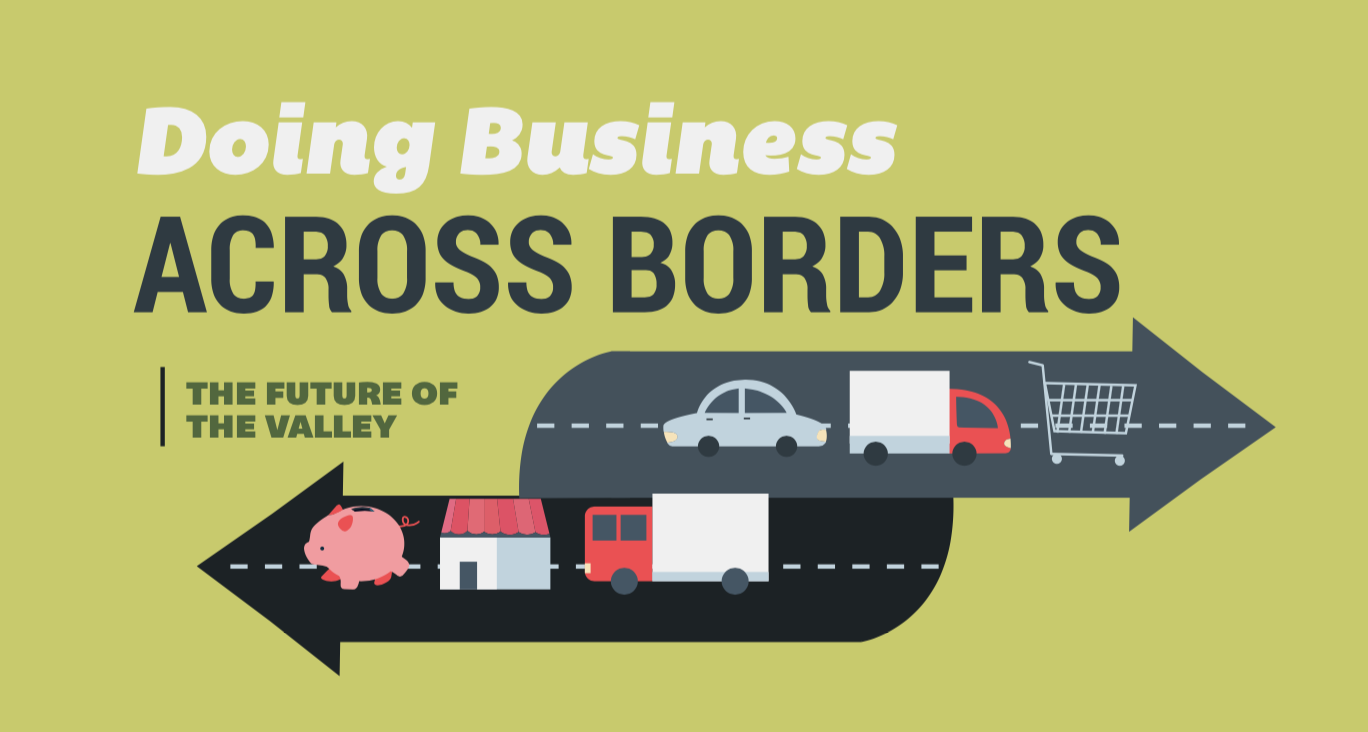 Contreras is also the vice chairman of The Border Trade Alliance (BTA), an organization that for over 30 years has provided a forum for providing solutions on issues pertaining to the U.S.-Canada and U.S.-Mexico border regions. Representatives from all three countries, and from both the public and private sector, are involved in this alliance. Trade among these three countries is necessary to the economic viability of each region, but for the residents of the Valley, it is essentially the region’s lifeblood. No trade equals no jobs.

According to Contreras, the BTA is committed to working with the current administration and Congress to ensure the ports of entry are best equipped to speed the passage of legitimate trade and travel while preventing the entrance of contraband or individuals who would seek to do harm. Although illegal immigration is not the focus of the BTA, they do work closely with the Department of Homeland Security and other governmental organizations to prevent it.

Just how important is our trade with Mexico? Five million U.S. jobs can be attributed to trade with Mexico, and many of those jobs are performed right here in the Valley. Contreras explains that just moving goods across the continent was responsible for nearly 50,000 jobs in the trucking industry alone in 2016.

Border trade is the backbone of this region. Without it we would not see component parts moving back and forth before they become part of a finished product (such as cars, machinery, etc.). Going to the grocery store and choosing fresh fruits and vegetables that are technically out of season is a direct result of the good work of the BTA. The ability for workers, shoppers, and tourists to cross the border and to enjoy attractions on either side, or to visit family and friends, is made easy because of the BTA. By any of these measures, well-functioning ports of entry are essential to our nation’s economic health. 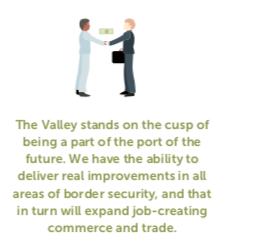 But like anything that is valuable, it needs protection and to be secured. Without the proper resources — personnel, technology, and infrastructure — smugglers or others with ulterior motives could exploit our ports. This has become a hot button issue for people on both sides of the political aisle, but the stance of the BTA is that there is a need for additional resources for Customs and Border Protection (CBP) personnel. The reason is simple: More resources devoted to inspecting and clearing legitimate freight and travelers means more resources for ensuring that smuggling does not happen.

If we want to keep our borders secure, and go even further in securing them for the future, staffing, specifically for the CBP employees, needs to increase. Currently, there are 1,200 positions open (not all in the Valley, but a fair number of them here). The process to fill these positions has been slow and it can take up to a year for a new hire to be brought on.

Just how much of a difference can hiring more CBP officers make to the security of our borders and to our economic stability? Contreras has a surprising statistic: “The National Center for Risk and Economic Analysis of Terrorism Events at the University of Southern California found in 2013 that the addition of just one CBP officer can inject $2 million into the U.S. economy and create 33 jobs.

What does this mean for the Valley in particular? If more officers are hired, delays can be lessened. Delays lead to increased costs for consumers, and poorer air quality in and around border communities due to idling trucks. One change has already been implemented, and that is unified cargo processing (UCP).

Under UCP, U.S. and Mexican customs personnel work side by side on U.S. soil to conduct both outbound and inbound inspections. Each country’s officer can decide whether to send a shipment to secondary inspection. If a more invasive inspection is required, UCP ensures that a shipment is only unloaded once, if at all, rather than what exists under the current inspection model, where a truck would often be unloaded in its country of origin and its country of destination.

In the case of the international bridge in Rio Grande City, 100 percent of northbound cargo is eligible for UCP, essentially doubling the bridge’s importing infrastructure capacity. The port still maintains the ability to electronically scan 100 percent of cargo and share inspection images with Mexico.

UCP is a perfect example of making our ports of entry more efficient through better regulations, while ensuring security and increasing capacity, which is a win-win for everybody. New technology increases non-intrusive cargo searches, and scans more efficiently than ever before.

The Valley stands on the cusp of being a part of the port of the future. We have the ability to deliver real improvements in all areas of border security, and that in turn will expand job-creating commerce and trade.

It’s a good time to live and work in the Valley as we look to the future of border security working hand in hand with technology, business, and government.