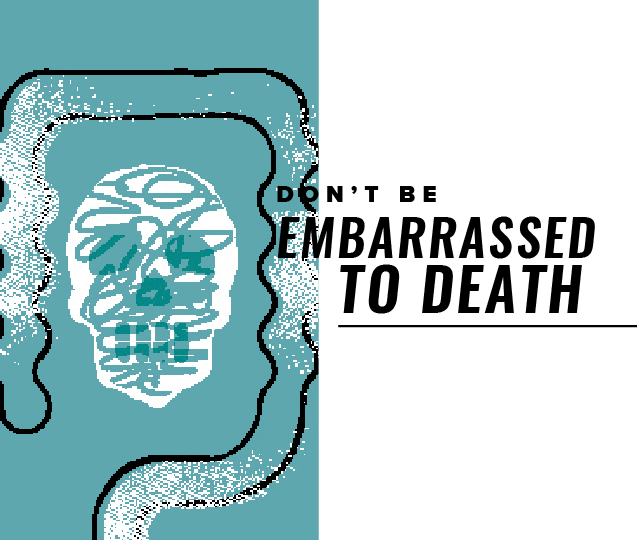 Colon cancer is the third leading cause of cancer death in men and women in the United States. According to the American Cancer Society, it is expected to cause about 49,190 deaths during 2016. The death rate is high because many people who are at risk for colon cancer do not get screened for the disease. Colorectal cancer is most common in people age 50 and older, and the risk increases with age.

Several factors can contribute to many people avoiding a screening exam via colonoscopy for colorectal problems. For some, the procedure can appear somewhat invasive and embarrassing, as a flexible tube with a camera and light at its tip is inserted through the rectum. The colonoscope is advanced into the colon to evaluate suspicious lesions. In addition, lack of regular access to health care, as in the case of the uninsured, also contributes to the lower colon cancer screening rates.

According to Dr. Jose Rodriguez of Texas Gastroenterology Institute (TGI) in McAllen the number of people in the Rio Grande Valley who are at risk for colon cancer who are not getting screened is even higher than the national numbers. Rodriguez believes that an innovative virtual colonoscopy procedure will be instrumental in making sure residents stay on top of their health concerns by offering a screening option that is minimally invasive, and therefore less embarrassing, as well as less expensive than a traditional colonoscopy. TGI is the first medical office in the Rio Grande Valley to offer virtual colonoscopy to their patients.

A virtual colonoscopy is a computed tomography (CT) scan that produces a 3-D image of the colon, allowing the gastroenterologist to “see” inside of the colon. Instead of the traditional scope being inserted and moved around the colon, a virtual colonoscopy starts with a small flexible tip inserted into the rectum and the colon is gently inflated. Sedation is unnecessary with a virtual colonoscopy, allowing the patient to resume normal activities after the brief procedure. According to Dr. Valeska Balderas at TGI, the older population in the Rio Grande Valley usually have several comorbidities, making them high risks for sedation.

“If a patient is deemed to be too high risk for sedation, then a virtual colonoscopy is definitely the way to go because it offers the same benefit of a traditional colonoscopy in detecting colon cancer,” Balderas said. 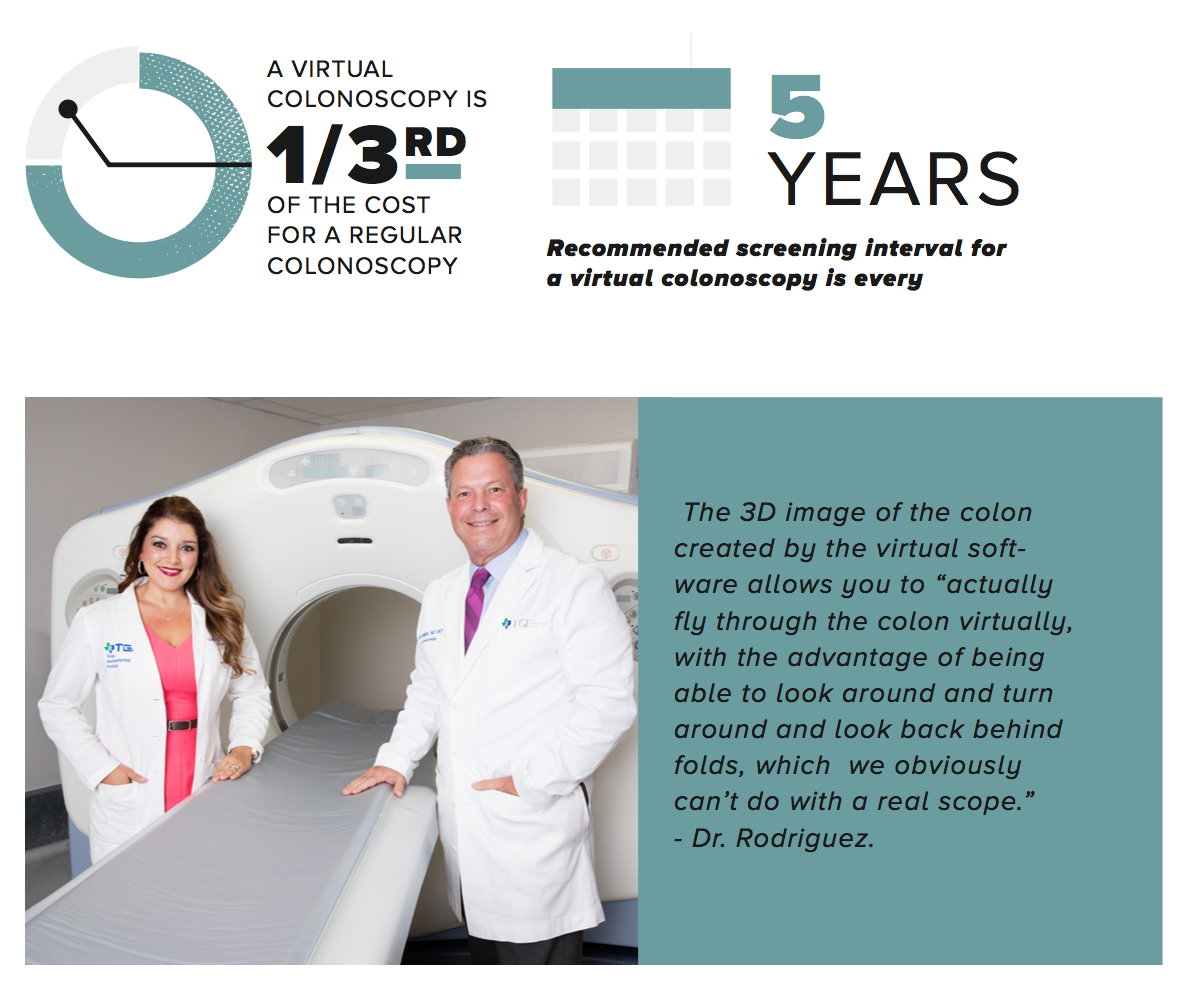 The accuracy of a virtual colonoscopy is comparable to a standard colonoscopy for people at average risk for colon cancer. The 3-D image of the colon created by the virtual software allows you to “actually fly through the colon virtually, with the advantage of being able to look around and turn around and look back behind folds, which we obviously can’t do with a real scope,” Rodriguez said. An added benefit of the virtual colonoscopy is that it gives the doctor additional information of the surrounding organs, not just the colon, allowing them to see if there are any other medical concerns arising in the abdomen. For people who have a high risk of colon cancer, or are showing symptoms, a traditional colonoscopy is recommended because polyps or lesions can be taken care of during the procedure.


The recommended screening interval for a virtual colonoscopy is every five years because the scan does not pick up lesions or polyps that are less than 5 mm.

“Polyps take a while to grow so we tell people every five years instead of every 10 years as with the standard colonoscopy,” Rodriguez said. “It is a little bit more frequent but it’s a lot less invasive and I think people like that they don’t have to be sedated and it doesn’t take very long. The other thing is it’s a lot less expensive, the cost is a big deal to many. The cost is really about one-third of the cost for a regular colonoscopy, so even people with high deductibles or no insurance can still afford it.”