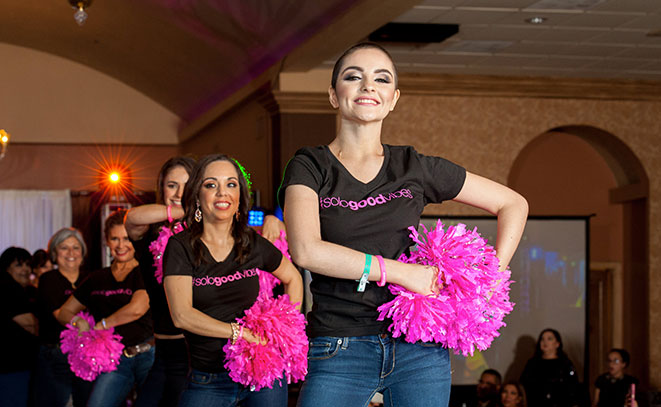 So many of us have heard those dreaded words. We all know of someone, a friend, family member, or even you may have been diagnosed with cancer. Cancer doesn’t discriminate, and when it is a 17-year-old girl with so much to look forward to, life seems all the more unfair. But this wise and beautiful young woman, Andrea Sierra Salazar, has put her focus on something that she loves to do, rather than dwelling on the negative. Andrea, our own McAllen native and student at Idea Quest Academy, has taken on this challenge and is inspiring people all over the world along the way.

Since being diagnosed with cancer in February, it has already been a whirlwind of a journey for Andrea. She found the large lump on her neck early this year, and after visiting her doctor to address her and her family’s concerns, their fears were confirmed with the diagnosis of nodular sclerosis Hodgkin lymphoma.

During her treatment, Andrea has not only been fighting to beat cancer but also inspiring others to have confidence in themselves and reminding people to do what they love. Due to chemotherapy and radiation, Andrea began to see and feel the toll that treatments take on the body, with one of the most visible and recognizable signs being hair loss. Though she experienced initial insecurities, Andrea’s mother encouraged her to shift her focus onto what she loves to do. This encouragement, along with the passionate heart that Andrea has put into it, has led to something neither of them could have imagined.

The pursuit of her dreams started out as a means of distraction, something to provide enjoyment and remind her of the things she loves in life. Modeling became an escape, and with it, she began to regain confidence in herself and who she is not just on the outside, but on the inside as well. Andrea realized that she was proud of how she looked and what she had gone through. With the help of this renewed confidence, she had the idea to do a princess-themed photoshoot without her wig.

Shortly after being posted on Twitter, Andrea’s photographs quickly went viral and now have over 100,000 retweets and 200,00 likes. Andrea’s photos were shared on popular magazine sites, and she has since been interviewed for television spots, including her most recent interview with The Doctors show in Los Angeles. She has also had the opportunity to walk in numerous fashion shows and has been invited to participate in benefit events here in the Valley and throughout the country to raise money for cancer research and treatments. 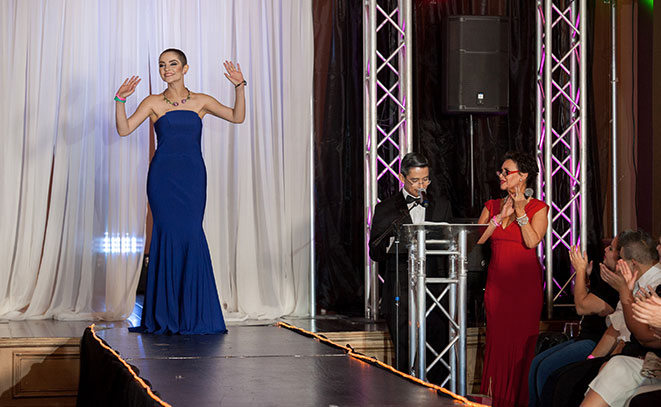 Andrea said she never expected the reaction she received. However, she has taken this opportunity as a chance to help others. Since she posted her photos, many people, including those with cancer as well as others facing various challenges in their lives, have reached out to Andrea. Getting involved in something she enjoyed helped her to stay positive and get her mind on something other than her treatment.  For anyone going through a similar experience, Andrea said, “I would tell them to get engaged with things they like to do. It was something really important to kind of distract myself and, for me, that was modeling.”

She added, “Do more than ever what you love to do.”

Thankfully, Andrea is feeling well and has recently finished her last rounds of chemotherapy and radiation. She shared that family and friends here in the RGV are happy for her and love to tease her for her newfound fame and all the attention she has been given. She also said it has been important for her to stay humble and is thankful for the sweet messages she receives.

Andrea plans to continue using her new platform and experience to give back to the community and is extremely thankful for the community service that she has already been able to do in these last few months.

“I feel like I’m super blessed just to give back to the community,” she said. “It is very important to me.”