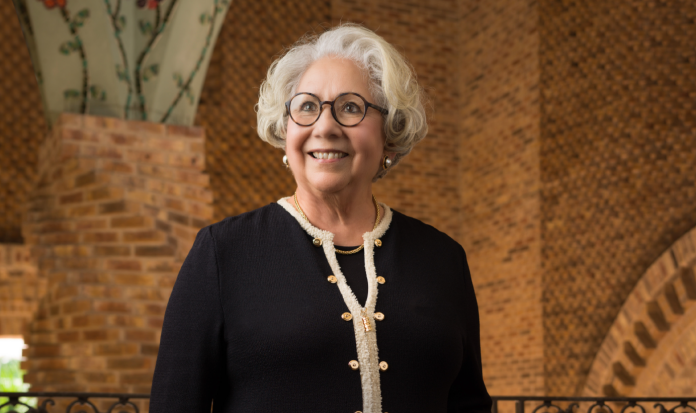 When she was 37 years old in 1986, Dr. Julieta V. García was named the first Hispanic female president of a U.S. university. García would go on to have a 28-year career as a university president for Texas Southmost College (TSC) and the University of Texas at Brownsville (UTB). Her impressive resume has earned her accolades, such as being named Time magazine’s 2009 Top 10 College Presidents in the U.S. and one of Fortune’s World’s 50 Greatest Leaders in 2014.

One aspect García leaves off of her resume is that she had applied for the president position at TSC nearly 10 years earlier. Although she was interviewed for the role, she did not get it the first time around.

“The first time I applied, I was 28 years old,” she said. “I knew I wasn’t going to get it. But I felt I had to signal that I was interested in doing more. Mr. Albert Besteiro, who got selected president, gave me my first administrative job.”

García worked in TSC’s administration for three years to get the campus reaccredited, which led to her becoming the dean of Arts and Sciences, a role she held for five years. In 1986, she applied for the presidency again — and got it. 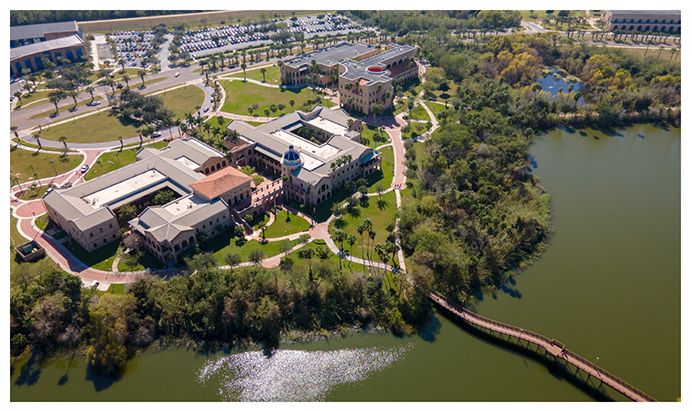 “We took on the task of trying to create our own university on top of TSC,” García said. “We proposed to the University of Texas System that they needed a presence in the Lower Rio Grande Valley and that there was a great need for them to be in Brownsville. Ann Richards, who was the very progressive governor of Texas at the time, helped lead the fight to establish UT Brownsville. In the summer of 1990, Gov. Richards came to Brownsville and ceremoniously signed the bill into law, establishing UT Brownsville.”

For over 22 years, García served as the president of UTB/TSC, where her days were never routine. She explained that she played a role in interviewing potential faculty or administrators, speaking with donors, expanding the campus, and testifying to the state legislature. Her favorite task was to tackle challenges as part of a team.

“I learned very quickly that in an organization, you don’t do anything by yourself — nothing big,” she said. “It takes a lot of people to accomplish important work. And the bigger the idea, the more people you need, all marching in the same direction to get it done.”

García emphasized that her work was always aimed at expanding higher education opportunities in South Texas in order to prepare younger generations to improve the dynamic of the RGV.

“For too long, we would brag that our graduates were getting great positions elsewhere in Dallas or Houston. So, in fact, we were preparing our young, next generation graduates to leave. And that meant that things wouldn’t change here,” she said. “Instead, what we needed was to expand opportunities for economic growth here in the RGV so that the next generation of graduates could work alongside us to expand employment opportunities in the Rio Grande Valley.”

Throughout her time as university president, UTB graduated over 40,000 students. For her life’s work, García has been recognized and received honorary degrees from the University of Notre Dame, Brown University, Smith College, and Princeton University.

“I cannot go anywhere without somebody saying, ‘If it hadn’t been for the university, my mother would never have gotten her degree’ or ‘I would have never gotten a degree’ or ‘I wouldn’t have had this amazing career,’” García said. “Our work was to expand higher education opportunities for thousands of students in the Rio Grande Valley. And we did.”

In 2013, García continued her fight for expansion in higher education in the Valley and was part of the team that led to the establishment of the University of Texas Rio Grande Valley, its medical school, and access to funds from the Permanent University Fund. Today, she is a professor at UTRGV and a board member of Texas 2036, Catholic Charities of the RGV, Audubon Texas, and the Lozano Long Institute for Latin American Studies and the College of Education — both at UT Austin.

When it comes to being a leader, García said there are two important things to remember.

“Never stop learning,” she said. “The end of your studying to get your degree doesn’t mean the end of learning. Daily, I still find myself working on new ideas or in arenas that are new to me. The second thing is learning how to ask for help. We all need help along the way. I’ve been helped by many people over the years. One of my most important mentors was Mary Rose Cardenas, who taught me how to have courage and be relentless in the pursuit of a good idea.”

García shared that her parents laid the foundation and inspiration for getting a college degree. After the death of her mother, her father made sure she completed it. Once García married, her husband encouraged her to continue her studies to eventually earn both her master’s degree and her doctorate.

“I don’t know that you ever know with certainty that you’re on the right path, but I had a very supportive environment,” she said. “You take one step at a time, one day at a time, and keep moving forward.”