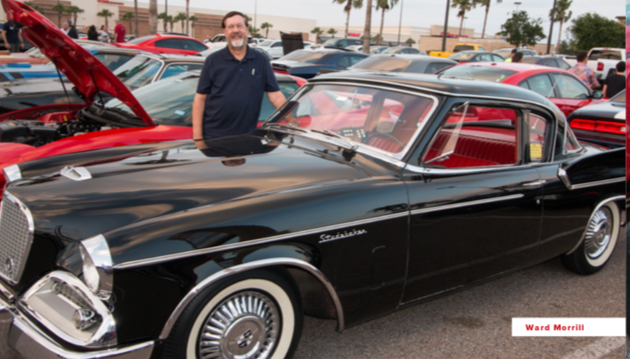 Maybe you bought it yourself, an old fixer-upper, using the money you saved up from your summer job; or maybe your parents helped you out. Whatever way it came to you, your first car invokes a lot of memories, both good and bad. When it comes to showing and collecting cars, people tend to focus on these emotions, choosing cars they have an affinity for or something from their past or childhood.


Enthusiasts look at several factors when determining whether or not a car will be considered a collectible. Performance cars such as Mustangs, Camaros, Corvettes, and Challengers will usually be collectibles while Ford Fusions and Chevy Impalas won’t be.

“Collectibles are limited to cars that are exciting,” said Ward Morrill, an avid car enthusiast and organizer of car shows in the Rio Grande Valley. “One of the top cars you’ll see at a car show is a ’69 Camaro, because it is deemed exciting.” 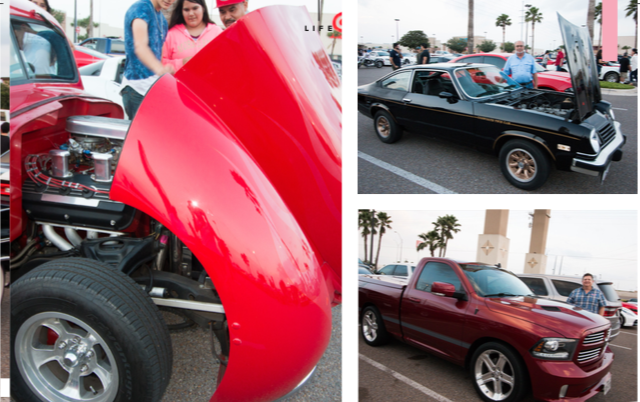 There are several different categories of car shows that collectors and enthusiasts can be interested in. One of the most popular types are antique and classic car shows. According to Morrill, there is some debate over the difference between classic and antique cars. “An antique is supposed to be anything 25 years of age or older,” he said. “Some people consider the cars from the ’20s and ’30s to be antique and anything after that is considered a classic.”

Another popular variety of shows are muscle and exotic cars. “These are normally high performance cars such as Corvettes, Mustangs, Lamborghinis, Maserati, and Ferraris,” Morrill said. Here in the Rio Grande Valley, car shows have a tendency to combine muscle and exotic cars and antique and classic car shows. Lowrider shows are generally hosted by lowrider clubs and are often not open to other categories or clubs.

Show and shines are an informal type of car show that enthusiasts can enter and peruse. Because they are informal, there is no judging or trophies. They are more for showing off. There are show and shines every Saturday around the Rio Grande Valley. Every first Saturday of the month, car lovers meet at the Harbor Freight in McAllen. Morrill has been organizing this show for over 20 years and has arranged discounts with Schlotzsky’s Deli for the participants who bring cars.

“The show and shine at Chick-fil-A in Mission is one of the largest in the area,” Morrill said. They host anywhere between 75 to 125 cars on the third Saturday of the month. Other events take place at Luby’s on North 10th Street in McAllen on the last Saturday of the month and on the second Saturday, Texas Tops hosts a show and shine behind the Dairy Queen in McAllen.


When it comes to organizing car shows, Morrill is no stranger to the logistics involved. “I need to know the goals of the show to find the appropriate cars and decide on categories and whether or not we need judging, trophies and sponsors,” he said. Apart from organizing the show and shine at Harbor Freight every month, Morrill has also organized car shows for the Bridges Assisted Living in Edinburg. “Commonly for that, I want antiques, because I am dealing with people who are in their 70s to 80s to 90s and they are not necessarily familiar with newer cars, so they don’t appreciate them as much, but they’ll remember a ’55 Chevy really well.”

“Most guys that take cars to shows live and breathe cars,” Morrill said. “They have learned what cars are showable and popular. They get emotional about their cars and treat them like family.”