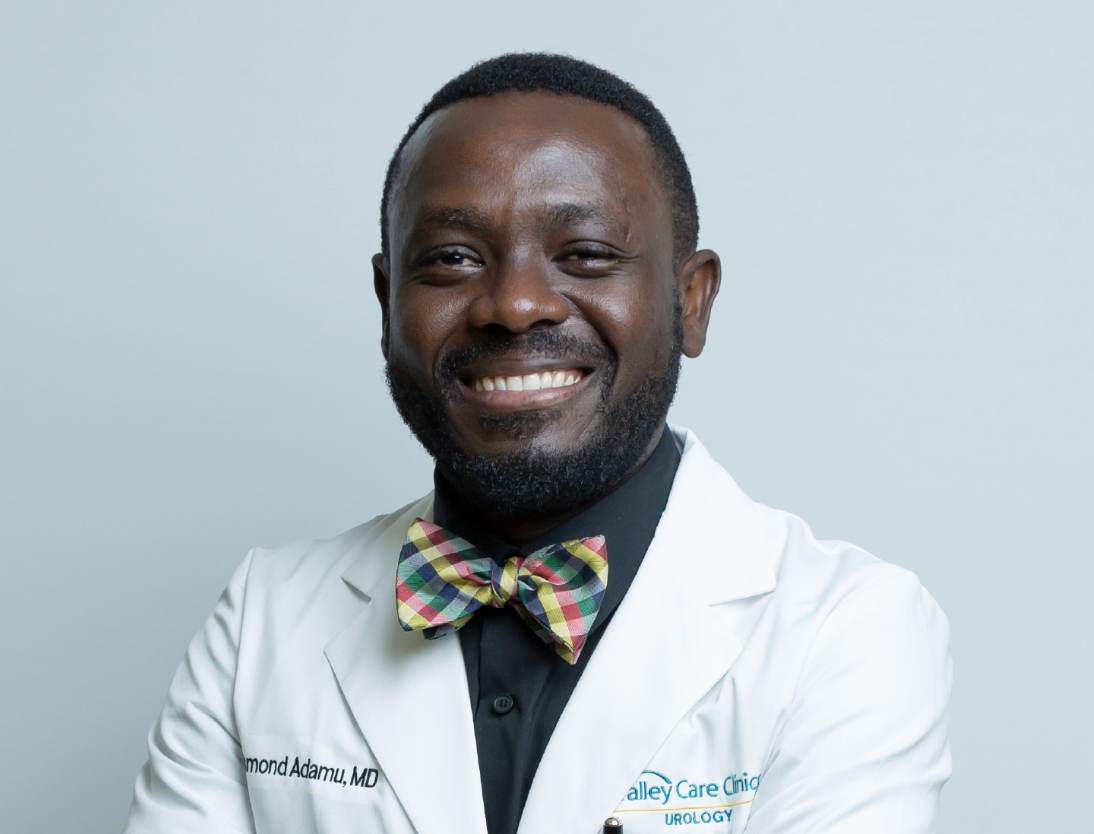 When Desmond Adamu, MD, was a child growing up in Cameroon, his father made sure he and his siblings never forgot where they came from.

“We would regularly visit our extended family and go back to our village,” he said. “You definitely see that there are some challenges in the community in general, and the ones that affected me personally were a lot of times medically related.”

Adamu witnessed people experiencing ailments that dramatically affected their quality of life and the ability for their families to lead normal lives.

“I think that put in me the desire to want to do something that would be able to help those conditions [and] those situations,” he said. “I think that drew me toward medicine and made me interested in medicine,” formulating questions such as, “How do we cure illnesses? How do we help people with chronic illnesses live the best lives that they can?”

Now, Adamu is a urologist, practicing since October 2018 at Valley Care Clinics McAllen Urology. He received his undergraduate degree from Texas Southern University in Houston, went to medical school at Meharry Medical College in Nashville, and completed a general surgery internship at Jackson Memorial Hospital in Miami, where he also completed his residency in urology at the University of Miami.

At Meharry, Adamu had the opportunity to work directly with surgeons — something that normally doesn’t occur until a residency. And at the University of Miami, Adamu had the chance to learn about another childhood passion: robotics and technology.

“I was lucky enough to be at the University of Miami in an era where robotics was all the rage,” he said. “I think a lot of our attendings and our professors were really considering the future [of] urology using robotics. As an instrument, it has its place.”

Urology interested Adamu from the beginning since it encompasses such a broad spectrum, incorporating both medical management of patients and surgical solutions. 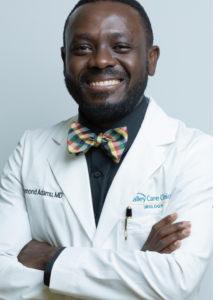 “Another thing that I really loved about urology was that it’s one of the specialties that was first in adopting [advanced] technology — especially when it comes to robotics, such as the da Vinci® [Surgical System],” he said. “Being able to do a very delicate surgery, minimizing human error because of how refined the motions of the robots are, is really something that is appealing to a lot of urologists.”

The opportunity to use the da Vinci® Surgical System in his urology practice was just one of the benefits that attracted Adamu to the Rio Grande Valley.

Adamu remains driven by his passion for service and his memories of seeing an individual’s health taking a toll on that patient’s family.

“For me, it’s always been about the patient and their families and how they’re affected,” Adamu said. “I always want to do what’s best for a patient, what’s best for their family, what will help them be prosperous members of society.”

Conditions in men and women

“Coming from an African family, having a child is one of the life goals of many parents,” Adamu said. “Not being able to achieve that can be very distressing to a lot of people. We treat male aspects of infertility, some of which can be surgically corrected, and a lot of people don’t necessarily know about this.”

Urologists also see female patients for a wide variety of issues — urinary incontinence among them. Adamu describes advertisements for female adult diapers that highlight fashion-forward designs, discreet profiles, and colors meant to mimic underwear. What isn’t addressed, however, is that some women might not have to resign themselves to wearing adult diapers in the first place.

One challenge in patient education that Adamu says he sees all the time is the reluctance for male patients to do something about their urological issues. Even though Viagra® — that little blue pill — had a hand in revolutionizing the discussion of such issues, they remain sensitive.

“So many men that come into the office are brought in kicking and screaming by their loved ones — their wives, their girlfriends, their significant others,” Adamu said. “I think there are a lot of factors that go into that — the machismo. Men would not go to a place where they would feel vulnerable, necessarily.”

That becomes an issue when patients neglect to take steps to address their health issues. Allowing an ailment to progress into something more serious when it could have been easily dealt with earlier can have wide-ranging effects.

“Sometimes, what patients are really emotional about is not necessarily the thing that plagues them, but the way it affects the ones that they love,” Adamu said. “If you’re ill because you did not address a problem in a timely fashion or if you succumb to an illness that could’ve been treatable, the family that you’re trying to look after, the job that you’re trying to do, the goals that you’re trying to accomplish [all those intentions] just go with you to the grave.

“It’s hard sometimes to get that message through, but it’s really important to come in early. Whatever the situation is, we can always figure out a plan.”

For language assistance, disability accommodations and the non-discrimination notice, visit our website at www.valleycareclinics.com.